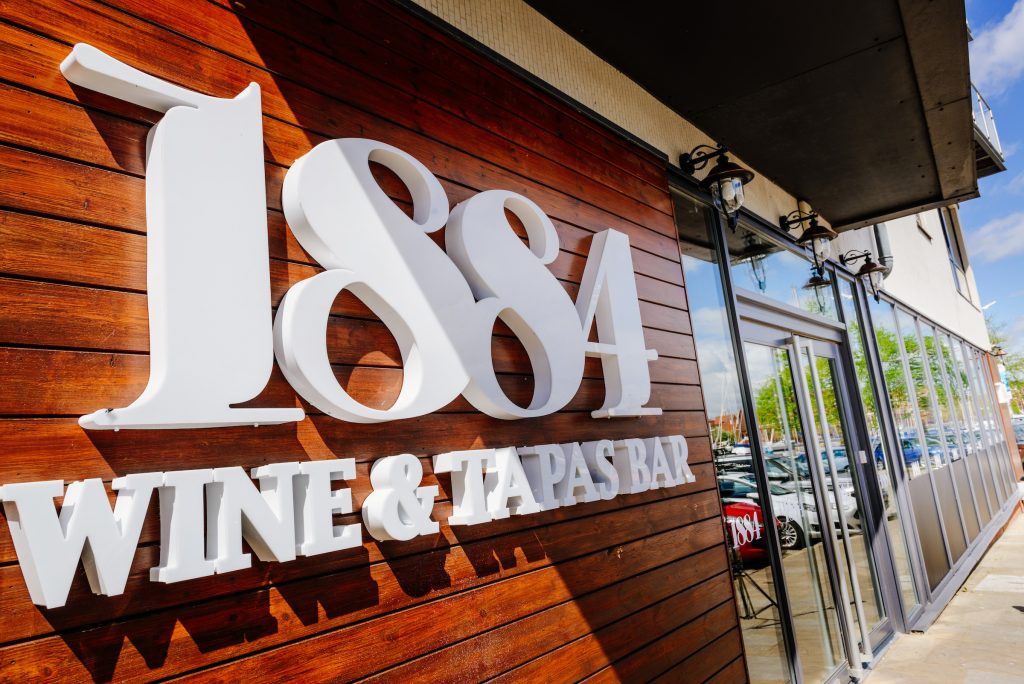 A restaurant which began the food and drink regeneration of Hull’s marina area is planning a year of special events as it builds up to a big anniversary.

Deborah said: “The dining and drinking scene in Hull has changed beyond recognition since we started planning our project ten years ago and we’ve been at the forefront of that, first as The Wilson and, since 2015, as 1884 Wine & Tapas Bar.

“But we’re not going to pretend it’s been easy. There are plenty of restaurants that have been around longer than us but there are also other great places which have closed for various reasons such as lack of business, rising costs and retirement.

“Our message is if you have a favourite restaurant, treasure it. If a new place opens, try it. We love to welcome new faces to our restaurant but there is always a sadness if they are coming here because the place they enjoyed for years has closed.”

1884 Wine & Tapas Bar opened as The Wilson at the south west corner of the marina in October 2010 and will kick off its tenth year on Friday 11 October with a special menu based on its hugely successful green card deal.

The night will also feature live entertainment and will be followed on Monday 21 October with a sold-out celebration 50th edition of the Monday Night Supper Club, which was launched by key figures in the region’s business community five years ago. 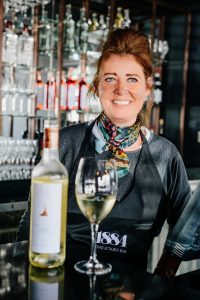 Deborah is planning an exclusive wine or gin night later in October and has also been asked to host another fund-raising evening for the Viola trawler homecoming campaign in November – an event which will further reinforce the maritime traditions which were such an important part of The Wilson.

When The Wilson opened its doors it was the first new addition to the food and drink scene at the marina since 1987 when Trust House Forte opened the Holiday Inn.

The Wilson operated as a café bar and bistro by day with fine-dining in the evening. It took its name from The Wilson Line, based round the corner from the restaurant in Commercial Road and famous as the biggest privately-owned shipping company in the world.

Inside, the views were of maritime artwork on the walls. Outside, diners gazed upon the bustling marina. The talk was of a banana shed which stood next to the lock pit until it was bombed during the Second World War along with some of the trawlers, hit as they underwent conversion into minesweepers in the former Humber Dock and Railway Dock.

But tastes changed and competition increased as development took hold in Humber Street on the opposite side of the marina, and in May 2015 The Wilson made way for 1884 Wine & Tapas Bar.

The restaurant was given a completely new look and the staff, most of whom had been there since day one and still work there now, embarked on a total make-over of the menu. The resulting combination of British food – primarily sourced locally – given a tapas twist and served with an exciting array of wines, beers and cocktails in a stylish and relaxing environment won the restaurant category of the Remarkable East Yorkshire Tourism Awards (REYTAs) at the first time of asking in 2016.

Many other awards have followed as Deborah and her team have worked to ensure continuous improvement in the face of increasing competition. Last year 1884 Wine & Tapas became part of a wider group but now it is completely independent again and the only restaurant operating under the 1884 brand.

Deborah has been there throughout, as a member of the small team which began planning The Wilson in 2009 and then as manager from 2012 and Director from 2017.

She said: “Things have gone really well and we have been rewarded for our hard work with a reputation for providing excellent food and drink at very fair prices in a lovely environment. We also strive to look after our customers and that’s the main reason we’re still here.

“The competition now is much more intense, and the development of Humber Street has been a double-edged sword. It has attracted more people to the area but the number of food and drink outlets which followed us is into double figures.

“It’s easy for people to forget we’re here and we’d like to tempt a few more to cross the lock gates. Our laid back style is in keeping with our location on the tranquil side of the marina but events like the Viola nights and supper club have generated a real buzz and we’re working on more of the same as we go through year ten on our way to a big anniversary.”