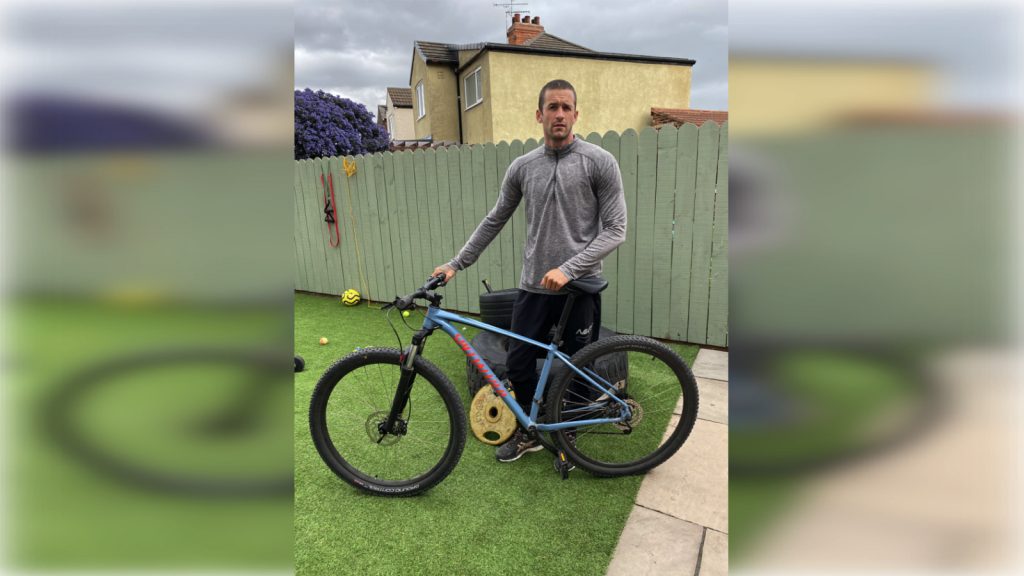 Cyclist Robert Murray has so far received more than £1,400 in pledges for NHS charities as he puts his final plans in place for a post-Coronavirus Lockdown charity cycle ride from Edinburgh to Hull.

Restrictions and social distancing measures allowing, Rob, 30, aims to hit £3,000 making the 265-mile two-day ride with two friends, Spencer Sharkett and Shane Spenceley, who also want to do something to show their appreciation for the country’s front line health workers.

“Before Coronovirus I had just started my own waste removals business here in Hull. Having to put that on hold has been a massive wrench for me but it pales in comparison to what our nurses, doctors and key workers are going through,” said Rob who will turn 31 on May 17th – day two of the planned ride back to Hull. “I’ve wanted to do a ride like this for ages, and Spencer said: ‘Let’s do it and raise money for the NHS!’.”

Fundraising is not new to the three cyclists and Rob has previous in the name of a good cause, including marathons, boxathons, and he has vivid memories of cycling back from Middlesbrough when he was 16 to raise money for Dove House Hospice.

But he feels this challenge is unique and Rob stresses that the ride will only go ahead if and when it is legally safe to do so, and when it is that they will use appropriate sanitising, protective clothes and equipment and social distancing.

“Although we’re not aiming to break records and will be going at a steady pace, the situation makes this massive for us,” added Rob, who’s fundraising will aid NHS Charities Together/Association of NHS Charities.

“Every donation will help this cause that means so much to me.”

To support Rob and the NHS, go to his Go Fund Me page: https://www.gofundme.com/f/edinburgh-to-hull