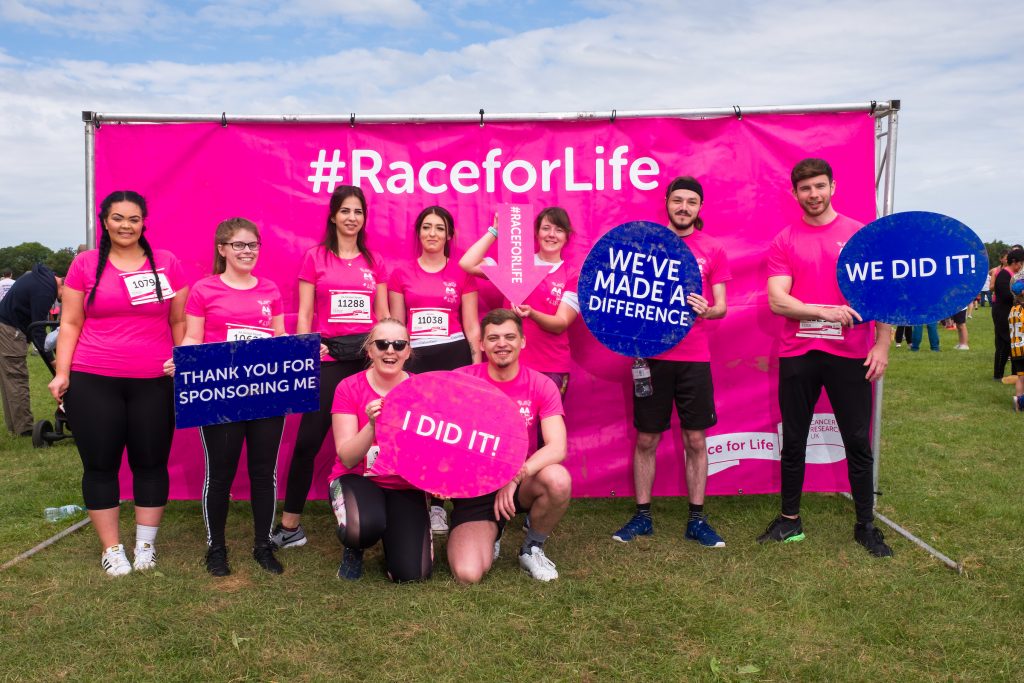 The AA Global Squad added an international element to the army of runners taking part in this year’s Race for Life in Hull to raise money for Cancer Research UK.

Kate Peck, Translation Co-ordinator at AA Global’s office in Hull city centre was determined to join the 5k run this year after missing out because of holiday in 2018. In no time at all she found herself lining up alongside colleagues at the company, with the team of nine exceeding their target of raising around £500 for the charity.

The Race for Life took place at Costello Stadium and is a regular fixture in Hull’s charity run calendar. Kate was joined by novices and one or two more experienced runners as the language services business fielded a line-up from England, Lithuania, Moldova and Romania for this year’s challenge.

She said: “I’ve done it a couple of times before. I missed out last year because I had just come back from holiday so I was determined to do it this year.

“It was easy to recruit other people at AA Global because something like this is a great group activity, very good for team-building, and everybody knows someone who has been affected by cancer. It is close to everybody’s heart.

“It’s also a fun occasion. It’s really well organised and people don’t really see it as a competitive race. The important thing is to take part, raise funds and remember the loved ones who people have lost.”

AA Global supported its team by providing t-shirts and transport for the event. 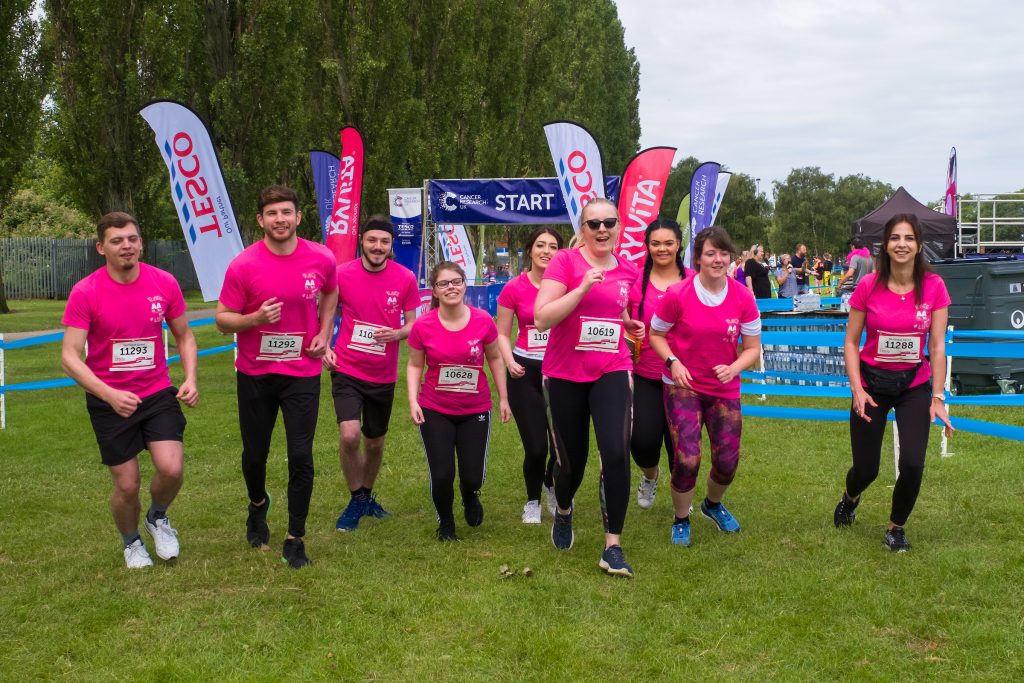 Kirk Aldemir, CEO of the business, said: “This was a fantastic effort by all of them and it is all down to Kate. It was her idea and we were delighted to play a little part as a business to support them all.”

Andrei Sparling, the company’s General Manager, said: “It was an amazing event for a great cause where everyone was showing their support to people who have lost loved ones and people who have beaten and survived it.

“The team prepared for it physically weeks in advance and reached well over the fundraising target of £500. We look forward to doing it all over again and maybe preparing ourselves a bit more because it’s trickier than it looks!”