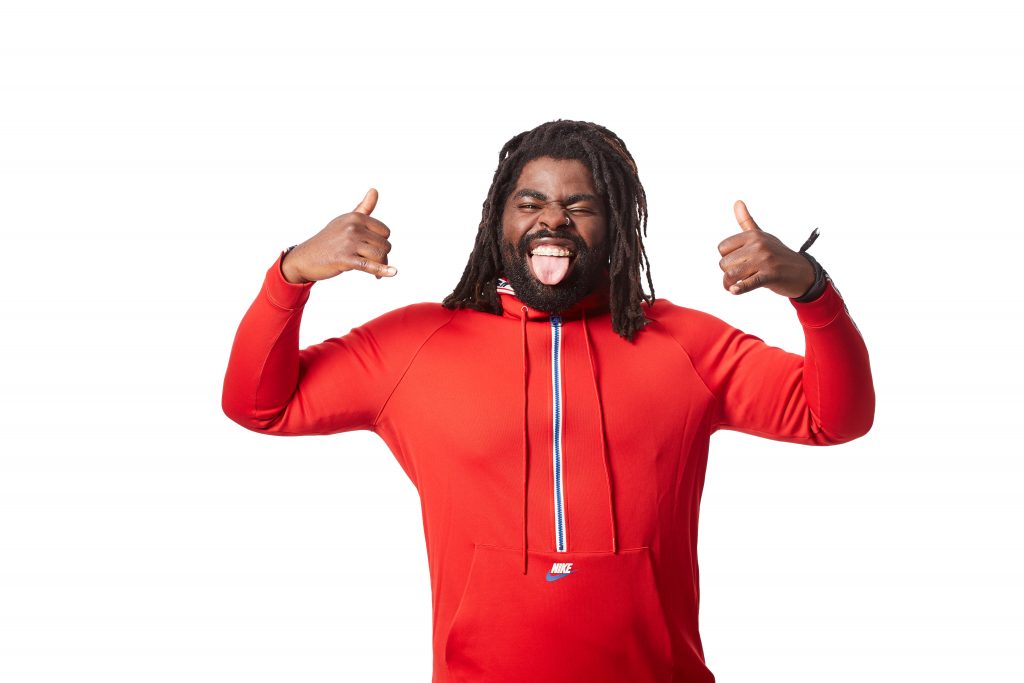 Kofi Smiles has been announced as the new Breakfast Show presenter on BBC Radio Humberside.

The 32-year-old said the show would be about “bringing energy to your morning routine with music, great local interviews, good news and voices from every corner of the area”.

Kofi’s first show will be on September 1 and all that week he will be taking the show on the road, coming live from 6am to 10am from a different location in the region each day.

“Hang on 6am starts? No one told me about that!” said Kofi, who is from Withernsea.

“But seriously the thought of waking up our listeners with great chat and music is worth any early alarm.

“There’s a lot going on in this region, from the mainstream news to uncovering what’s happening amongst the many subcultures. I know we’re gonna have a laugh – maybe even a cry sometimes – at the stories we’ll be able to tell.

“We are your BBC and I want to make sure we reflect that by amplifying the voices which make our region go round.

“So if you’ve got something to say, something going on and even something you want to scream and shout about, hit me up – I’m only a tweet, text or call away!”

Kofi is on the hunt for suggestions of where to take the show during his first week. He is asking for listeners to send in their ideas – be that their favourite café in Grimsby, the top of Humber Bridge or even their own breakfast table.

“This is a station for everyone in East Yorkshire and Northern Lincolnshire, no matter where you live or what your background is – everyone is welcome.” he said.

“We’ll be having fun while also asking the tough questions of politicians. At the end of the day this whole show, this whole station is about you and what’s important to you, so let’s get talking and get the good vibes happening.”

Kofi has become a popular voice on the station since he beat 200 suitors to become the BBC’s Face of Hull, fronting the corporation’s coverage of the UK City of Culture in 2017. Since then he has been a reporter and presenter and most recently he has been part of BBC Radio Humberside’s Make a Difference campaign, which gives hourly updates on the coronavirus and links up people who need help with those who can offer it.

Kofi said the show would look to open the radio station up to people who might not usually listen to local radio.

Kofi is replacing James Piekos who is taking on a new role in a move he hopes will allow him to spend more time with his family. His last show will be on August 21.

Martyn Weston, Editor of BBC Radio Humberside, said: “Kofi has the most infectious energy and you can’t help smile when listening to him on the radio. I’m really looking forward to his new breakfast show which promises to be lively, fun and full everything you need to know to start your day.

“Wherever you are in our region this show will be for everyone and I can’t wait to get it on air on September 1.

“James Piekos leaves huge shoes to fill and I’d like to thank him for waking up our region over the last two years. I know James is looking forward to spending more time with his young family and I’m really excited about working with him on new plans within the radio station.”

To give Kofi a suggestion on where to take his show during the first week call or text 08000 665959, tweet @radiohumberside or email radio.humberside@bbc.co.uk.