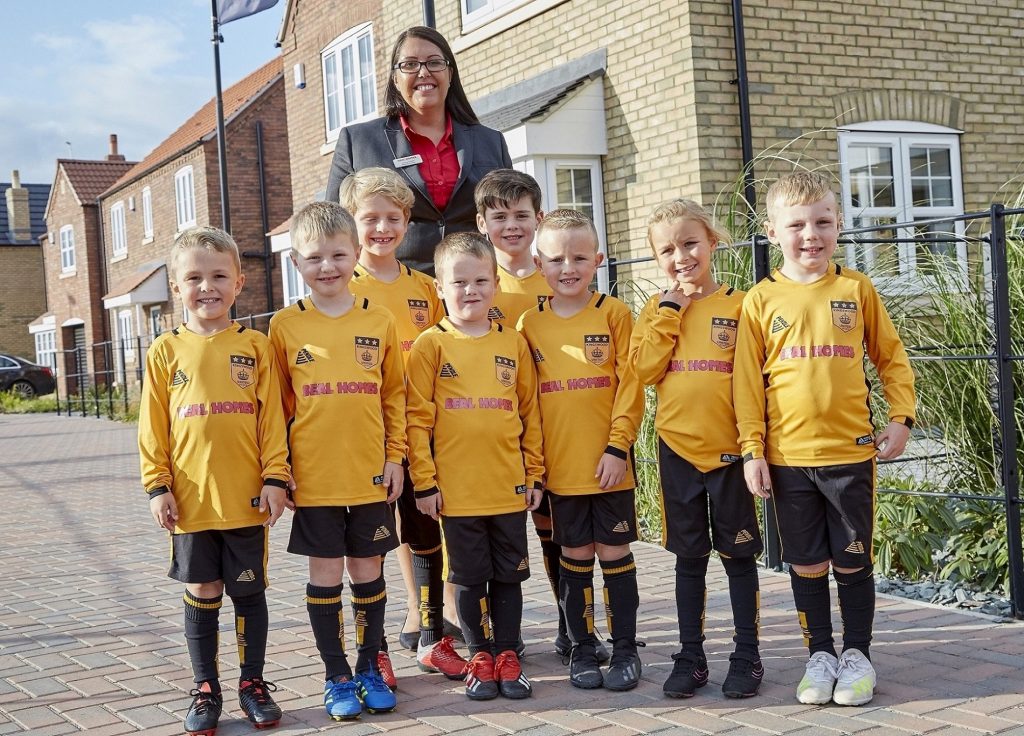 Beal Homes Sales Executive Donna Cowell with the Kingswood United Tornadoes Under-7s team who are sponsored by the housebuilder as part of their support of the new community football club. Photo: R&R Studio.

The launch of a new football club and sports training sessions in the heart of Hull’s thriving Kingswood community has been supported by Housebuilder Beal Homes.

Run by volunteers, Kingswood United is based at Bude Park Playing Fields for matches and training, a weekly soccer school and “turn up and play” sports sessions, with the club using nearby Kingswood Parks Primary School in winter.

The club aims to create a safe environment for local children, aged from four to 14, to make friends, learn new skills and have fun while being active.

With more than 120 youngsters now signed up to play in 12 league teams this season, Beal Homes has sponsored the Kingswood United Tornadoes Under-7s team kit. The team was the first to be formed under the new club and has nine players.

The family-owned housebuilder also helped to fund equipment such as footballs, goals, bibs and kits needed to launch the club and sports sessions earlier this year, as well as covering the cost of hiring space at the school.

Club Founder, Secretary and Lead Coach Paul Richardson, whose 11-year-old daughter, Holly, has also joined the football club, said: “Everyone at Beal Homes has been fantastic. To sponsor us before we were even fully established allowed us to engage with the community on this scale.

“We have been able to achieve so much since we began nine months ago because of the backing from Beal and our other supporters.

“Our weekly football fixtures alongside the soccer school and sports sessions have attracted dozens of additional children.

“There wasn’t a sports club for children in Kingswood previously, only cycling and running, so it’s great to get children off their games consoles and making friends.”

Kingswood United and the soccer school are run by volunteers with six committee members and 12 Football Association licensed coaches, comprising of parents and residents, who all live in Kingswood and want to open up more sporting opportunities and activities for local youngsters.

Local landowner, Kingswood Parks Development Company (KPDC), has provided the same level of support as Beal Homes, sponsoring the Kingswood United Storms Under 7s team kit and helping towards the cost of equipment.

Paul said: “We’ve had brilliant support from all of these businesses and we are so grateful for their input.

“We all work full time and give up evenings and weekends to make this possible. Some of the volunteers involved have children who come along and some are just members of the community who want to give something back to the area.

“It’s also great seeing the area brought to life and Bude Park is now clean and tidy thanks to that community spirit.” 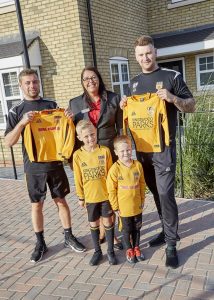 Beal Homes has been integral to creating a vibrant community in Kingswood. Over the past 24 years, Beal has delivered more than 1,000 homes in the popular neighbourhood – almost 500 of them within the past five years – and is now the only local residential developer active at Kingswood.

Richard Beal, Chief Executive of Beal Homes, said: “We’re absolutely delighted to support Kingswood United and the associated weekly sports sessions, which are inspiring children to be part of a team and the community.

“We pride ourselves on supporting the local community and it’s fantastic to see so many children, parents and volunteers embracing this new opportunity. Long may it continue.”

“Many of the families involved in Kingswood United and the soccer school live in Beal homes and it’s a pleasure for us to be able to give something back to this thriving community.”

To find out more about Kingswood United, or the sports sessions, e-mail: kingswoodutd@gmail.com