Hull City Council’s draft strategy to take the city carbon neutral by 2030 goes to full council for approval on 27th April. If approved, the plan will go into a twelve month consultation process, with wide opportunity for further public comment and contribution.

In the meantime, Martin Budd, Environment and Climate Change Strategic Advisor for the council, has this week presented outlines and elements of the background to the draft plan to a public meeting at The Guildhall, organised by the Hull Carbon Neutral 2030 public action group.

Mr Budd’s full 20-minute presentation to the public meeting can be heard in the podcast above.

The strategic plan will be both ambitious and broad. In order to reach the goal of carbon neutrality in Hull by 2030 all sectors within the city – residential, commercial, local government – will need to embrace its recommendations and advice. It is no mean undertaking, but essential for the city’s prosperity.

The ‘key areas’ that the city must focus on in terms are decarbonisation are, explained Mr Budd: heat, power, mobility, consumption, fair transmission, sequestration, skills and jobs, and innovation.

All areas present both ‘challenges and opportunities’, Martin said.

“Heat is the biggest challenge, it’s the one that keeps me awake at night, in terms of decarbonisation,” said Mr Budd. 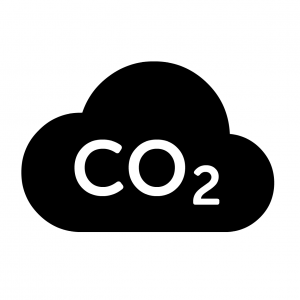 The Council’s strategic plan for the city to achieve carbon emissions neutrality by 2030 is ambitious, broad, and necessary.

The early wins in decreasing carbon emissions, both in the city and across the UK, have largely been achieved by decarbonising the production of electricity, using energy from renewable sources.

Heating, however, has not yet driven many decarbonisation benefits as so many homes and properties rely on fossil-fuel sources of energy for their heating, and many buildings cannot be easily insulated to higher standards since they lack wall cavities, for example. Gas is also cheap.

The use of hydrogen as an energy source to heat homes may provide at least part of the answer.

Mr Budd said: “Hydrogen is an opportunity, it’s scalable. There’s a project in Keele University at the moment that’s trialling blending 30% hydrogen into the natural gas mixture which has a big reduction. It looks like we could use 100% hydrogen if we can manufacture enough of it.”

Innovation will be vital in helping the city reach its carbon neutral goal, as will changes to legislation and the developing of new economic models to support innovation.

“We have done a lot in terms of power,” he said. “Obviously, we are home to Seimens Gamesa, and we’re at the heart of the energy transition in the UK’s electricity market. But there are significant opportunities that are available to us in the city as well.

“We can increase battery storage where we can and land that we have. We can increase photo-voltaic too on our buildings, but also putting it on carparks as well, having canopies as well, and having batteries connected to those. How do we as an urban authority have solar farms? That’s what we will have to do. That’s what we will have to develop over the coming years,” said Martin.

Behaviour change is likely also to be a real challenge, but not impossible.

The city’s residents will be encouraged to walk and cycle more, and money is being spent on developing more and safer cycle routes.

Public transport will be encouraged, with electric buses on the road and even hydrogen-powered trains arriving at the station.

It was encouraging to hear Mr Budd speak several times about issues regarding the ‘fair transition’ to low carbon and zero carbon lifestyles. There are many households in Hull living in ‘fuel poverty’ that will find moving over to carbon neutral lifestyles financially difficult.

The strategy will be looking at how these households can be helped towards carbon neutrality by innovative financing and new economic models, which may include higher taxation for households that can afford to contribute.

“There are some really big equity issues in this decarbonisation, we’ve got to really get our head round it and understand, and make sure that transition is fair and delivers a prosperous city for everybody, and not just for those that happen to be wealthy now,” said Mr Budd.

In terms of carbon sequestration, the recapturing and storage of carbon emissions, the Humber region has huge opportunities provided by the estuary, and other habitats. The city, for example, is well ahead of the game when it comes to carbon sequestration by planting trees. “We know how to plant a tree,” he said.

Other opportunities that will be generated by the city’s journey towards carbon neutrality include the creation of jobs and energy-related industries. The ‘energy estuary’ has a growing reputation across the UK and the world, and future developments will lead to skills developed locally becoming a profitable export to the world. This is already being seen at research projects delivered by the University of Hull, the AURA technology centre, for example.

Martin finished his insightful and open presentation by emphasising that the city’s future is positive and full of opportunity.

There is no doubt that the challenges are huge if this city is to reach its target of being carbon neutral by 2030.

The necessity and benefits are huge too.