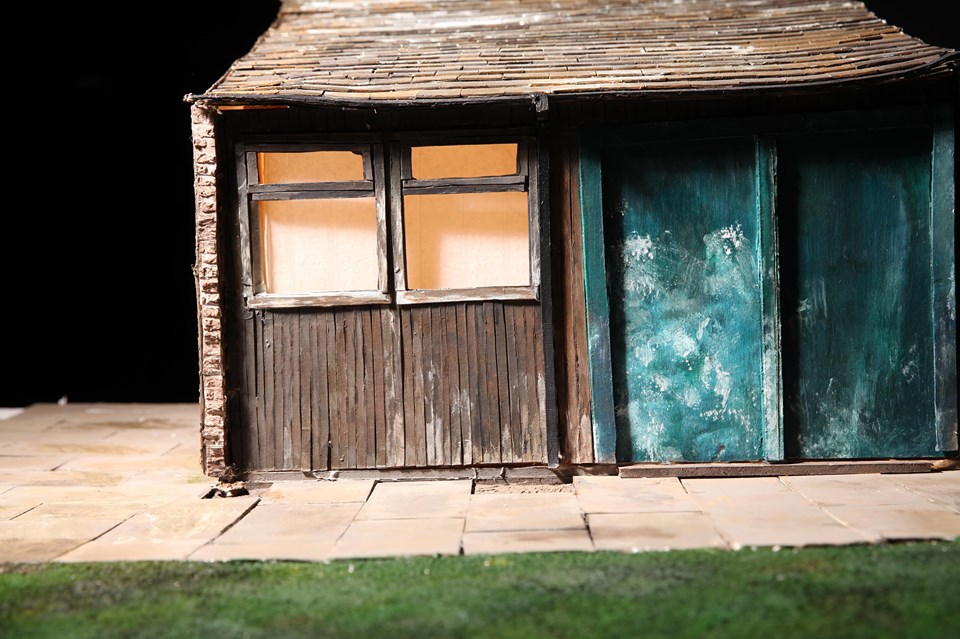 Beyond the Boundary, an installation by Alice Godber.

Alice Godber Fine Art student from Hull School of Art and Design has paid a loving tribute to her father Ashley Godber who passed away in 2017 after a tragic accident on his way to cricket practice in Cherry Burton. The 18 year old was devastated at the sudden loss of her father and overcome with grief, struggled initially to get to grips with her degree.

‘It was a difficult first year emotionally. It was just too raw.”

The young artist knew she wanted to do something creative that responded to her feelings about her dad, his love for cricket, and the life he had around cricket. In November 2018 Alice learned that the old pavilion was to be renovated, it was this that gave Alice the inspiration and opportunity to embark on her most ambitious project to date.

Supported by her tutors, Alice made an approach to the builders to gain access to the site in order to rescue fixtures and fittings. To her surprise the builders told her she could take whatever she liked, in return for pictures of the finished work. In that way she accumulated panels, drainage, windows and the green pavilion door with its wonderful flaking painted patina. 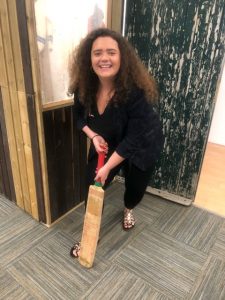 Alice had assorted feelings surrounding the renovation: she talks about the pavilion door and the rooms, which her dad Ashley would have walked through, how the pavilion was changing while he was not there. She welcomed the support of Cherry Burton Cricket Club who, in-between giving the new pavilion a fresh lick of paint, eagerly added to an ever-increasing pile of memorabilia. The pile included original timbers covered in cobwebs which, when storage became an issue, lived in her car for weeks.

Currently housed inside the Prospect Gallery in Hull city centre, ‘Beyond the Boundary’ is a walk-in installation that works both as memorial and celebration of the cricketing life of Ashley Godber. Designed and built by his daughter who found the courage to use her creativity to work through the grieving process.

“My whole art project this year has been focused around you, around cricket, its heritage, but most importantly the Cherry Burton Cricket Club and the impact you had on everyone. To me the pavilion is the heart and you had the largest out of anyone.”

The assembly took just over a month to complete and visitors will smile at the cricket ball perched on the gutter upright; admire the array of trophies and medals, including the precious newspaper clipping which recounts the story of Ashley Godber’s famed ten wicket haul over Newport.

There is attention to detail throughout, from the cricket whites hanging on the wall, to Ashley’s bat and his cricket bag overflowing with kit which retains that familiar Saturday afternoon smell. Alice points out with a certain amount of poignant affection, the half-used tube of Deep Heat, just one of the many artefacts that she has collated to speak to the seventeen years Ashley played cricket for Cherry Burton.

Sharing opening night of her first exhibition were some of her dad’s team mates who each felt that Ashley would be very proud of the achievement and of all the work that went into creating Beyond the Boundary. 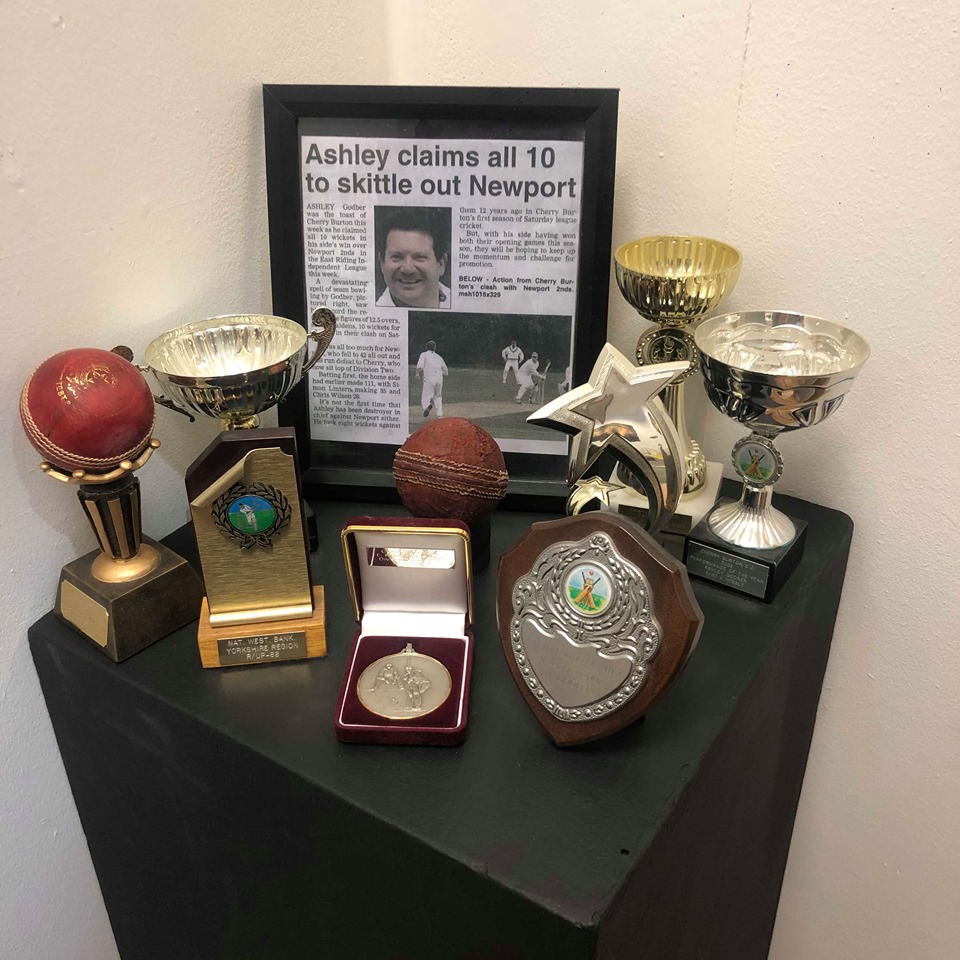 Beyond the Boundary by Alice Godber is part of the Year Two B.A. Fine Art exhibition at Prospect Gallery on King Edward Street.

Alice describes the response to her ‘pavilion’ as ‘amazing and really positive’, explaining how proud she is to be able to exhibit her work to the public, and to share who her father was with the people who knew him: especially, the cricketers.

“I love you dad. I hope through my art it maybe shows how much I love you better than words ever could”

After Ashley Godber’s passing a foundation was set up in his name to encourage more children and women into the game. The Godber Foundation gives sporting opportunities to people who wouldn’t normally get the chance to experience cricket, through open day events and outreach work visiting local schools.

Beyond the Boundary by Alice Godber is part of the Year Two B.A. Fine Art exhibition at Prospect Gallery on King Edward Street. Exhibition open to the public Tuesday – Friday throughout July/Aug, featuring installation, painting, sculpture, portraiture and photography.