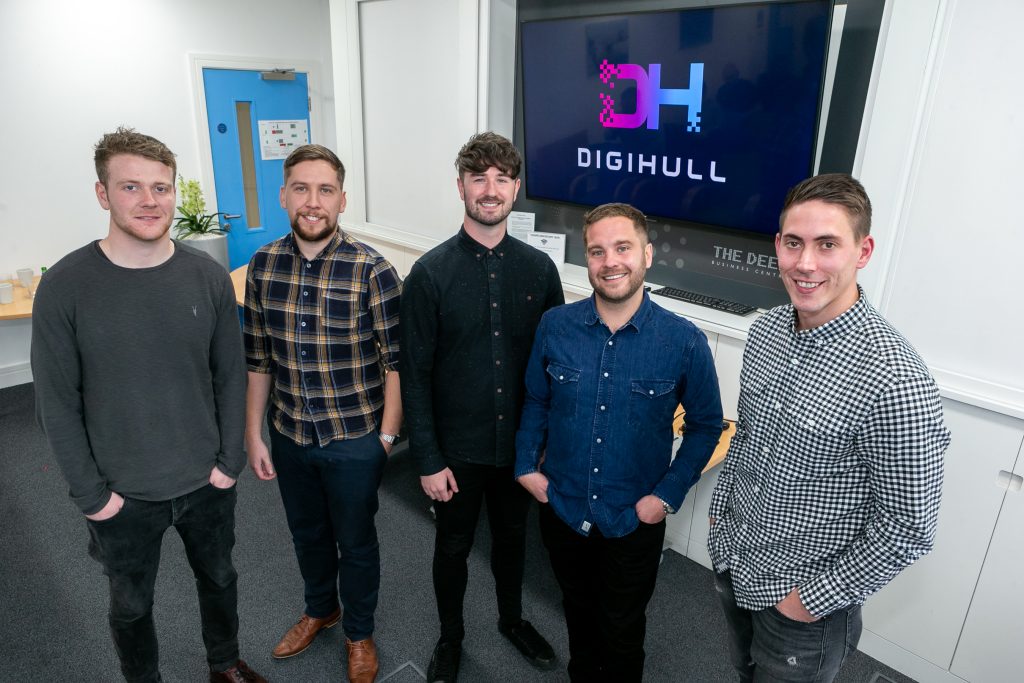 Leaders from a group of like-minded businesses in Hull’s expanding technology sector are poised to build on the success of a debut conference by promoting a new DigiHull partnership.

Businesses from a variety of sectors responded to the invitation to join the DigiHull collaboration and see for themselves the simple things which technology can do to help their organisations.

Mike Ellis, Managing Director of conference host 43 Clicks North, said the challenge to the audience was to take away just one benefit which they had identified from attending the session and the feedback had been instant.

Mike said: “One person who provides consultancy services told us he passed on helpful advice on the same day to a client – a major restaurant in the region – which was experiencing problems with its website on mobile devices.

“Many other people have congratulated us on the event. They took away new knowledge that they were able to act on straight away. Not one person has said they didn’t do that.”

The aim behind the creation of DigiHull is to establish partnerships to build a technology city – encouraging the sharing of expertise and the retention of local tech talent. Mike, who relocated 43 Clicks North to The Deep Business Centre earlier this year, was joined by colleague Ash Williams and by fellow presenters Ali O’Sullivan from, Diony, Jacob Blakey from Blink and Nick Tyldsley from Superfly.

They briefed the audience on opportunities including the benefits of data and analytics, optimising websites for mobile and ensuring relevance of content to increase conversion rates.

The next step will be for the DigiHull partners to review the responses to the first event and plan a programme of future conferences, including varied content and audiences.

Mike said: “An event by just one company would have been very internally focused and would have gone against what we wanted to do so we were determined to bring in other specialists throughout the city.

“The main purpose is to raise the profile of digital in Hull. It’s 100 per cent open to other tech companies. It’s not something we are keeping precious between the four of us. There are plenty of other people in Hull who can pass on their knowledge and if we can keep getting 40-50 people every quarter then that digital knowledge will pass round the city much more quickly.

“We want to bring in business owners who have used digital to excel in this city, anything that enables us to give real-life examples where someone that’s attending can apply it themselves in the future. That’s the difference – we’re not trying to show the latest and greatest new technologies that most businesses aren’t ready for. We are trying to give people solid, sound advice that will start them on their digital journey and help them progress – helping them to get the most out of the systems they already have.

“The idea is that people will become more confident in the digital sector in Hull and will start to see the benefits. The digital scene will grow and drive a bit more of the local economy.”

Freya Cross, Head of Business and Corporate at The Deep, said: “We have seen for ourselves that technology is an expanding sector and is playing an important part in the development of general businesses.

“43 Clicks North is one of a number of technology businesses which have moved into The Deep Business Centre recently or which have been here for some time and are now expanding. Some of them were present at DigiHull and it was clear that the contact and conversations which resulted will lead to greater collaboration in the future.”

To find out more about DigiHull contact Mike Ellis at mike@43clicksnorth.co.uk