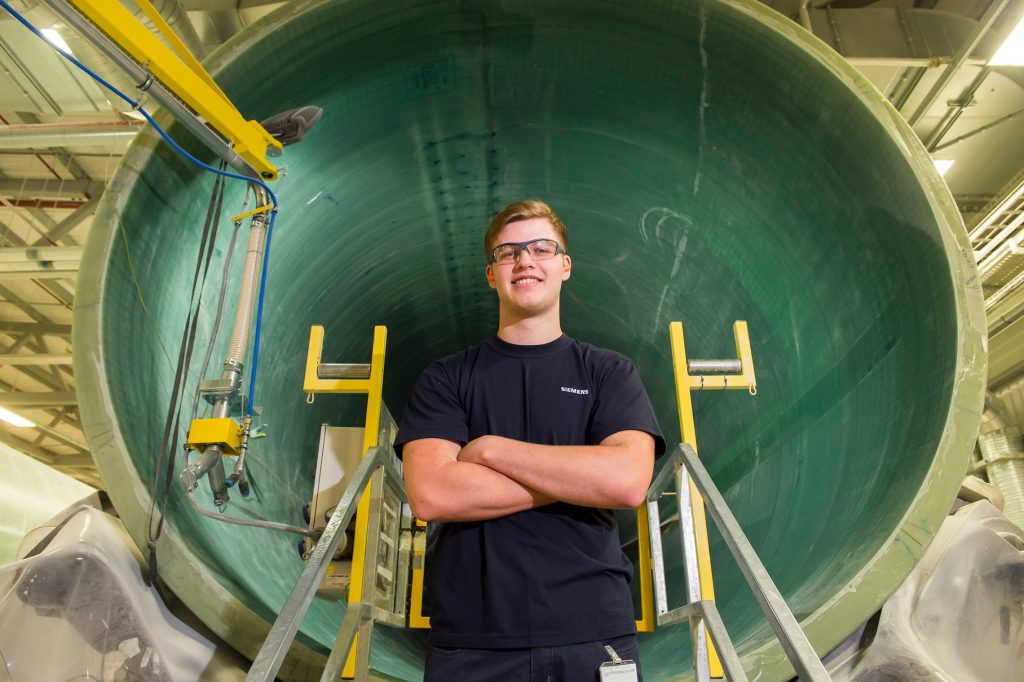 Dozens of Ron Dearing University Technical College (UTC) students have taken up apprenticeships with many of the region’s leading companies.

More than 45 students who recently completed their A-level exams and technical qualifications at Hull’s employer-led school have secured sought-after training roles setting themselves up for fulfilling and rewarding careers.

Having achieved outstanding grades in the first public exams since Ron Dearing UTC opened two years ago, the former Year 13 students have now taken up apprenticeship positions with the school’s employer partners and other prominent local businesses.

Their move from school to the world of work delivers on Ron Dearing UTC’s vision to create work-ready young people with the advanced digital and engineering skills so needed by leading businesses across the region.

The percentage of the school’s students who have become apprentices is also many times higher than the national average of young people from schools and colleges progressing to apprenticeships.

Four Ron Dearing UTC Founding Partners have taken on students from the school as apprentices, including three at RB, the world’s leading consumer health and hygiene company, currently investing £105m in a new global Science and Innovation Centre in Hull, and one at Siemens Gamesa, which has world-class wind turbine manufacturing, assembly and logistics operations in Hull. 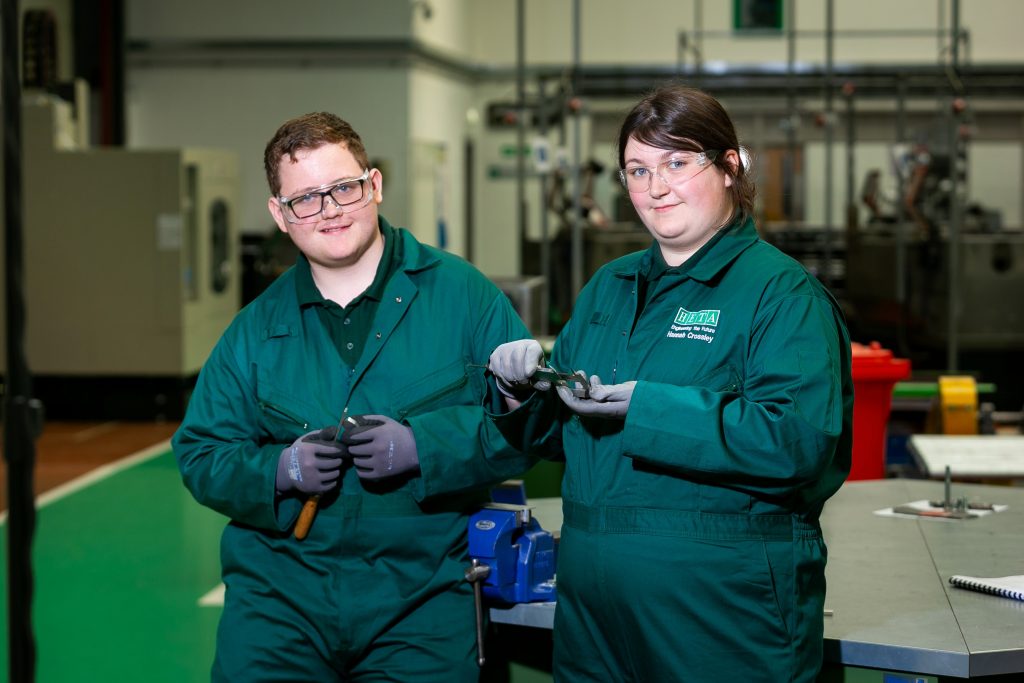 Two apprentices have started work at Smith + Nephew, the global medical technology business with major manufacturing and research and development facilities in Hull, while no less than 14 apprentices have been taken on by Spencer Group, one of the UK’s largest independently owned engineering firms, which has its headquarters in Hull.

Ron Dearing UTC Principal Sarah Pashley said: “We’re delighted to see so many of our students who have left the school at 18 have moved directly into exciting apprenticeships roles or full employment with leading companies, including our employer partners.

“To set this in context, over 50% of our Year 13 students are taking up an apprenticeship, compared to only 6% nationally last year. It’s also great to be able to report that all our students who opted to continue their studies at university have got places.

“The fact that so many prestigious employers have hired our students is a huge vote of confidence in the school, our unique educational model and our talented students. Our first school leavers are now taking their first steps in the world of work and can look forward to a bright future.”

The school in Hull city centre caters for students aged between 14 and 19 from Hull and the East Riding and has a specialist focus on digital technology, creative digital and digital engineering.

The school’s Founding Partners are the University of Hull and leading local employers KCOM, RB, Siemens Gamesa, Smith + Nephew and Spencer Group. The school is also supported by Hull City Council and many other industry partners. 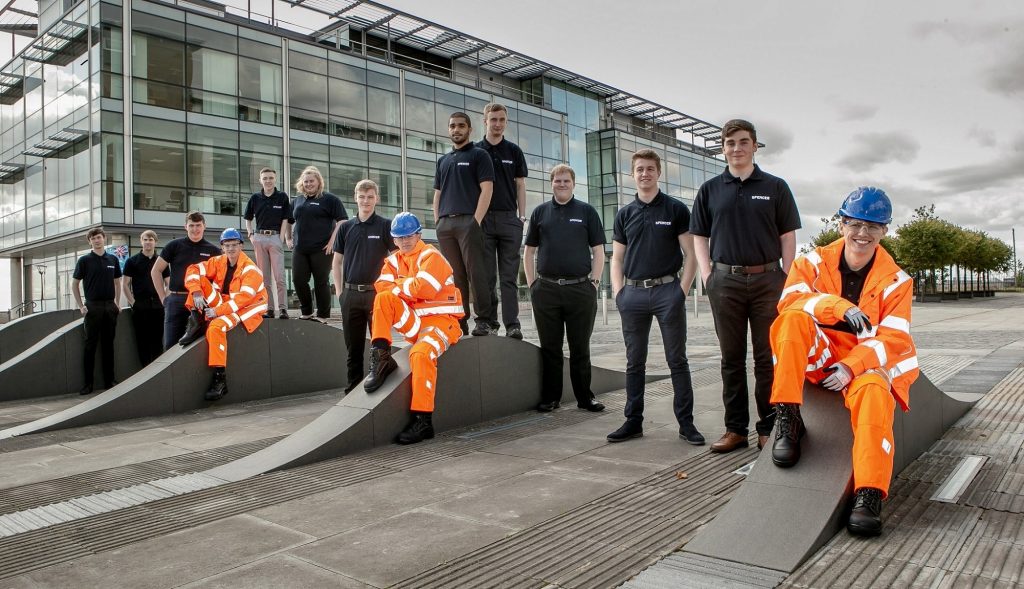 Charlie Spencer OBE, Ron Dearing UTC’s Chair of Governors and Executive Chairman of Spencer Group, said: “So many students moving into superb training roles with successful local companies says everything about the talent that the school develops, with the support of the employer partners.

“At Spencer Group we’ve hired our biggest ever intake of trainees, all from Ron Dearing UTC, and we’re excited about the contribution they will make to our business.” 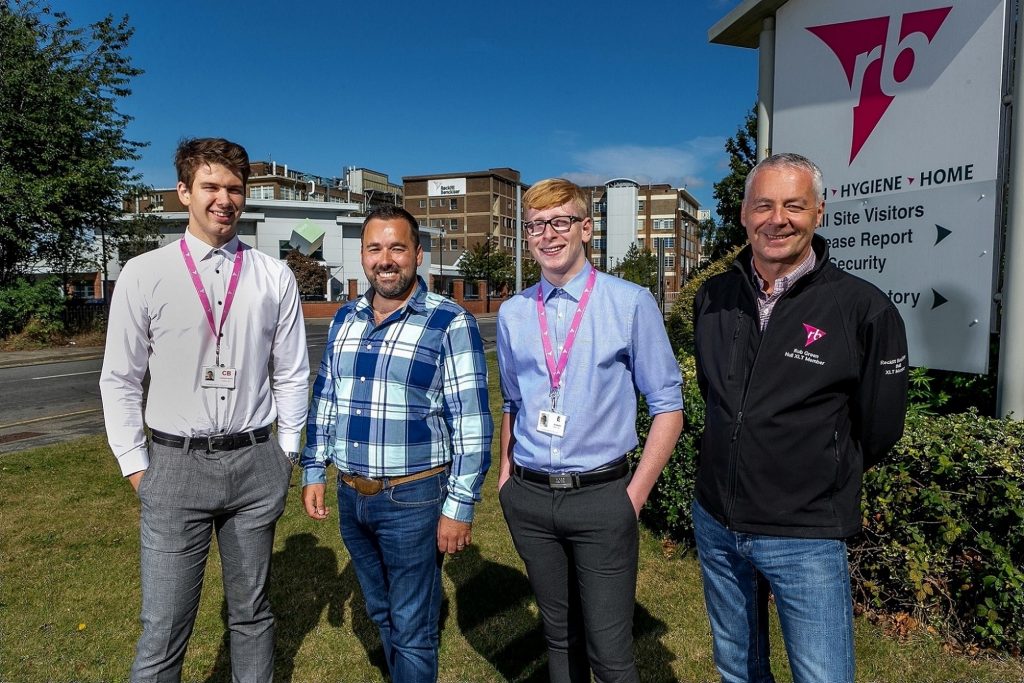 Marc Kirk, IT Manager at RB, said the company’s new IT, Engineering and Quality Control apprentices have settled in well.

He said: “Ron Dearing UTC builds strong relationships and foundations with organisations such as ours, which means skills associated with a working environment are taught at a young age.

“There are very promising signs from our apprentices so far. We have a real opportunity to shape these young people to live and breathe RB.”

Ben Brooke, Engineering Manager at Siemens Gamesa in Hull, said: “Ron Dearing UTC is filling skills gaps in this area and helping industries like ours to get the right people with the right skills, without having to look further afield.

“It gives young people a good baseline of knowledge, so they don’t need as much moulding, and the style of learning stands them in good stead to be more self-sufficient.”

Gary Carr, Production Manager at Smith + Nephew, said of the two Apprentice Manufacturing Technicians recruited from Ron Dearing UTC: “They have grown in confidence already and will fit in really well with us.

“They have shown they have the right attitude and approach as well as a level of determination you don’t usually see in young adults. I’m impressed.” 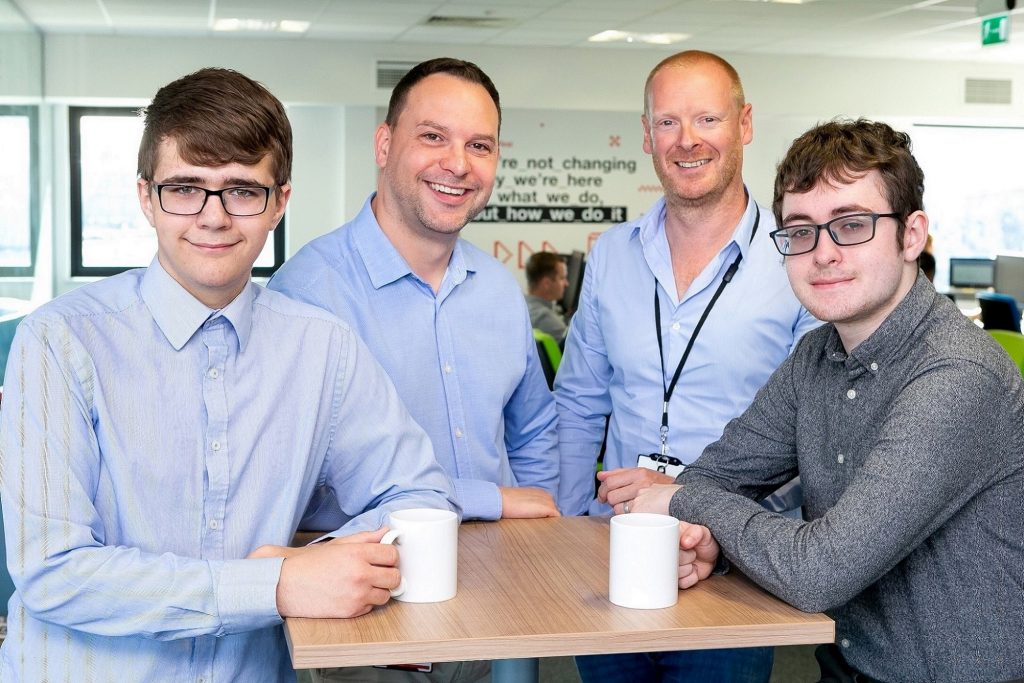 Richard Martin, Digital Director at Arco, who is also a Governor at Ron Dearing UTC, said the school provided a different approach to learning which prepared students to fit into the world of work rapidly.

He said: “It’s a completely unique way of schooling which fills a gap that has been missing in education for a long time. The hope is those who come to us as apprentices have spent so much time with us already that they hit the ground running. They come with bags of enthusiasm and they’re ready to crack on.”

Ron Dearing UTC’s recent A-level results saw the school achieve a 100% pass rate, with 25% of all grades being A or A* and 70% of grades A*-C.  Students who achieved a Distinction* in Level 3 technical qualifications secured the equivalent of a grade A at A-level.

The school’s first GCSE results were also outstanding, with the highlights including that 70% of students scored grades 4-9 in both English and Maths and almost half achieved a Distinction or Distinction* in Engineering in a technical qualification equivalent to a GCSE.

Applications are now open to join Ron Dearing UTC in Year 10 and Year 12 in September 2020 with the first Open Event on October 2. For further information go to www.rondearingutc.com