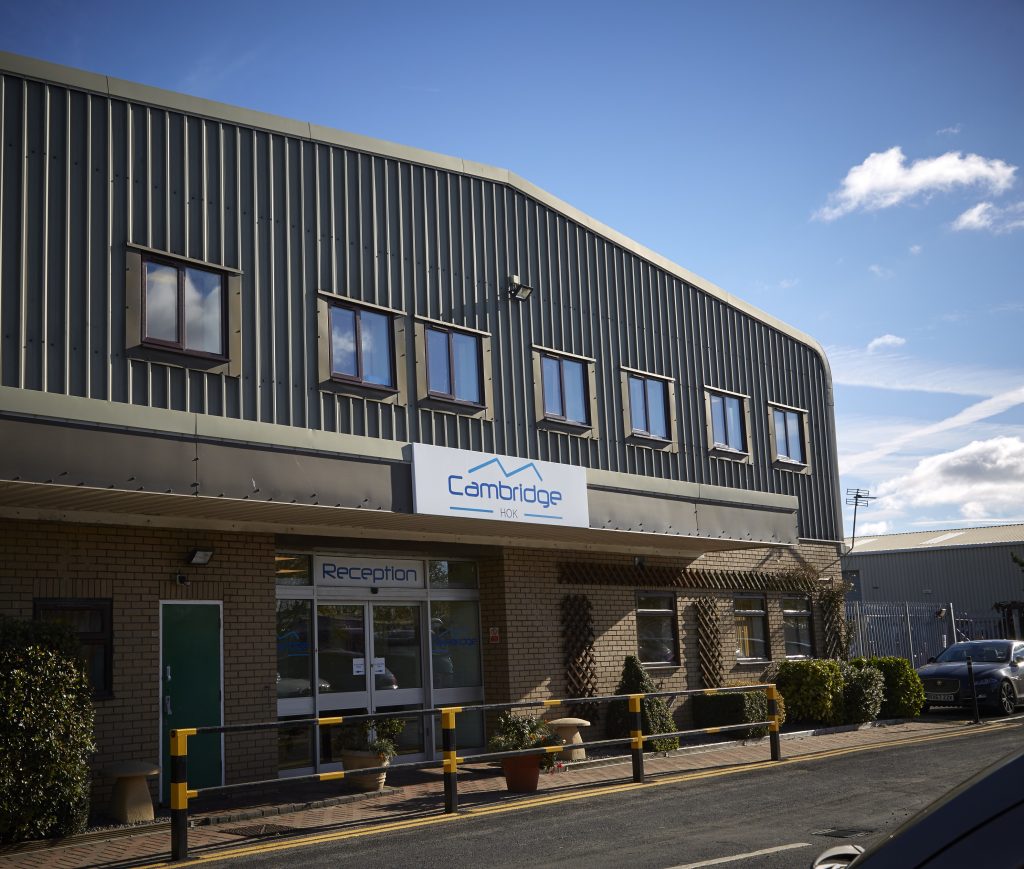 CambridgeHOK is a forward-thinking, dynamic engineering, energy and construction company which specialises in the design and development of automated vertical farming centres and commercial glasshouses.

A specialist East Yorkshire company which is helping to change the face of food production through the development of new ‘vertical farms’ has been hailed as ‘best practice’ business example in a publication distributed to UK politicians and industry leaders. Its innovative work could one day see derelict city-centre buildings turned over to food production to feed the city’s residents.

The work and success of CambridgeHOK, based in Newport, west of Hull, has been featured in the 2019/20 Construction and Engineering ‘Parliamentary Review’.

The publication highlights UK organisations which have become outstanding leaders in their field and is primarily aimed at company directors, chief executive officers and those in positions of leadership.

In total the review is seen by around 500,000 people a year, including MPs and Peers at the House of Lords at Westminster.

Since its formation in 1956, CambridgeHOK has become a recognised industry leader in the production of commercial glasshouses.

Of late, however, it has been its expertise in renewable energy solutions and combined heat and power (CHP), and the development of vertical farming facilities – which could see derelict buildings throughout the UK transformed into indoor crop growing centres – which has been gathering momentum.

“It was an honour for CambridgeHOK to be featured in this Parliamentary Review looking at construction and engineering and in particular to be featured as the Best Practice Representative,” said managing director John Holland.

“It is a reflection of how we as a business have been leading the way with regards to innovation and technology in very important areas for not just for businesses, but also the environment and the country as a whole.

“We’ve had particular success in renewable and sustainable energy solutions and horticulture, where we are passionate about leading significant future change.” 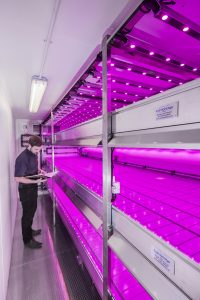 It is seen by many as the long-term solution given that by 2050, it is estimated that global food production will need to increase by around 70 per cent in developed countries to keep up with current consumption trends.

The aim is to produce the ideal growing climate and perfect crops time and again, and over the past three years the expert teams CambridgeHOK have been increasingly assisting businesses and investors to research, design, plan and build facilities which make concerns over soil quality, light and weather a thing of the past.

“Almost half of the food consumed in the UK is currently imported, and almost 75 per cent of our available agricultural land is already utilised. A new way forward is needed,” added Mr Holland.

“We build revolutionary facilities which enable crop growing with a high degree of control in limited areas of space, bringing reliability and peace of mind to the supply chain and increased annual cropping cycles.

“As we move forward, we want to continue to lead the charge towards vertical farming as through controlled and specific automation, we are able to input a seed at one end and bring a controlled crop out at the other, without the need for crops to be sprayed with pesticides.

“It is sustainable and water efficient. Crops can be produced from a smaller land footprint and on a vertical plane in almost any available space. That means they can be in busy towns or cities close to customers and increasing populations.”

It’s an area which has also found a natural synergy with the firm’s work in producing commercial glasshouses for growing companies across the UK.

Mr Holland added: “We have found combined heat and power energy centres to be particularly effective. We use them to generate electricity that is exported to the grid to power local communities and industry while also capturing all the heat from the engines.

“This can then either be stored in large insulated tanks to be used at night to heat the greenhouses when the engines aren’t running or can be distributed throughout the glasshouse during low temperatures during the day or to control humidity.

“The carbon dioxide produced as a bi-product of the CHP process is cleaned of NOX, SOX and Carbon Monoxide using large catalytic converters before being piped into the glasshouse in order to help the yield and crop growth. This is both more efficient and environmentally friendly.

“Sustainability is paramount for the future of all businesses both in the UK and globally, and it is likely we will see further government intervention.

“As a result, we are confident that the market for these solutions will continue to grow.”