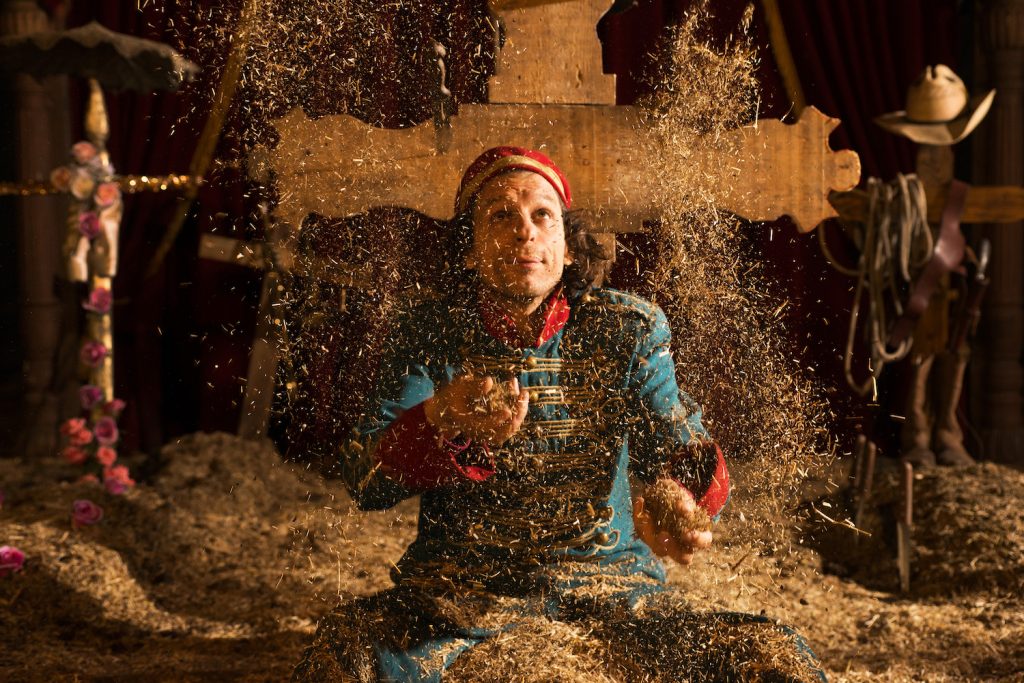 Roll up and step into the circus ring as Freedom Festival Arts Trust teams up with Back to Ours to bring a world-class circus programme to Hull.

Coming together for the first time as programming partners at this year’s Freedom Festival, Back to Ours is supporting the festival to bring four incredible circus performances to the city.

From spit and sawdust traditional family performances by Circus Ronaldo and breathtaking contemporary circus by Circa, to surreal and quirky performances by Poya Rojo and Los Galindos, the two Hull-based festivals have joined forces to present an eclectic mix of modern day circus, a mini circus festival within this year’s expanded five day Freedom Festival programme.

Building on Hull’s insatiable appetite for the artform, the two organisations have a shared commitment and passion to bring world-class, international circus to the city, to be enjoyed by everyone all year round.

An exciting partnership that will extend beyond Freedom Festival, Artistic Director and Joint Chief Executive of Freedom Festival Arts Trust, Mikey Martins, explained: “Hull has a rich history of circus which has been widely celebrated at Freedom Festival and in communities across the city through Back to Ours.

“It is an incredibly accessible artform that can easily transport people back to their childhood and a world of possibility through jaw-dropping and breath-taking acrobatics, demonstrating the sheer brilliance and potential of the human body. With the reactions we’ve had from audiences, we want to do justice to this appetite for circus.”

While Freedom Festival brings people from all corners of Hull together – transforming the city centre and bringing it to life in a big, bold, celebratory way – Back to Ours compliments our work by creating memorable moments on people’s doorsteps, throughout the year.

“We’re really excited about this new partnership. We have total respect and admiration for the work that Back to Ours are doing and it makes absolute sense for us to work with them. We’ll be working together to engage communities with circus, both in terms of the performances and their participation. Who knows what’s possible? It would be great to see a circus school in the city or even a new circus festival. Watch this space,” Mikey said.

Louise Yates, Back to Ours Director, said: “Working alongside such an established and iconic event makes absolute sense for us; there’s so much we can learn.

“We’re both programming circus so we thought; ‘what would happen if we put our experience together and created something deeper and longer-lasting?’ Our ethos is very similar – we both offer high quality arts experiences for everyone.

“Back to Ours is still in its infancy and we’re constantly learning what new audiences want to see, but what we have learnt is that people get really excited about circus. It’s immediate, with that sense of danger that makes it hold-your-breath thrilling.

“But this is just the start, and I’m excited to see where this partnership’s going to take us!”

In August, members from across the Back to Ours Hubs will travel to Edinburgh to see two of the circus shows coming to Freedom Festival later in the summer.

Hubs are involved with supporting and programming aspects of Back to Ours, and members are regularly offered Go Sees to view work to be potentially brought back to the city. Last year’s trip to Edinburgh Fringe resulted in Hub members recommending bringing Hoopla Clique’s Chores to Back to Ours, which was one of the most popular shows of their recent half-term festival.

Now they’re looking forward to a preview of Circa’s Humans and Un Poya Rojo before they come to Hull in the Summer.

Early bird tickets, offering a 10% discount for the ticketed shows, are available until Monday 17 June from Hull Truck Theatre Box Office. The rest of the Freedom Festival programme is free to access.

Presented by Freedom Festival Arts Trust and supported by Back to Ours.

Freedom Festival 2019 takes place from 28 August until 1 September 2019 in Hull city centre. Early bird tickets are on sale now available from the Hull Truck Box Office on (01482) 323638 or visit www.hulltruck.co.uk

For more information about the festival and the full programme, visit www.freedomfestival.co.uk