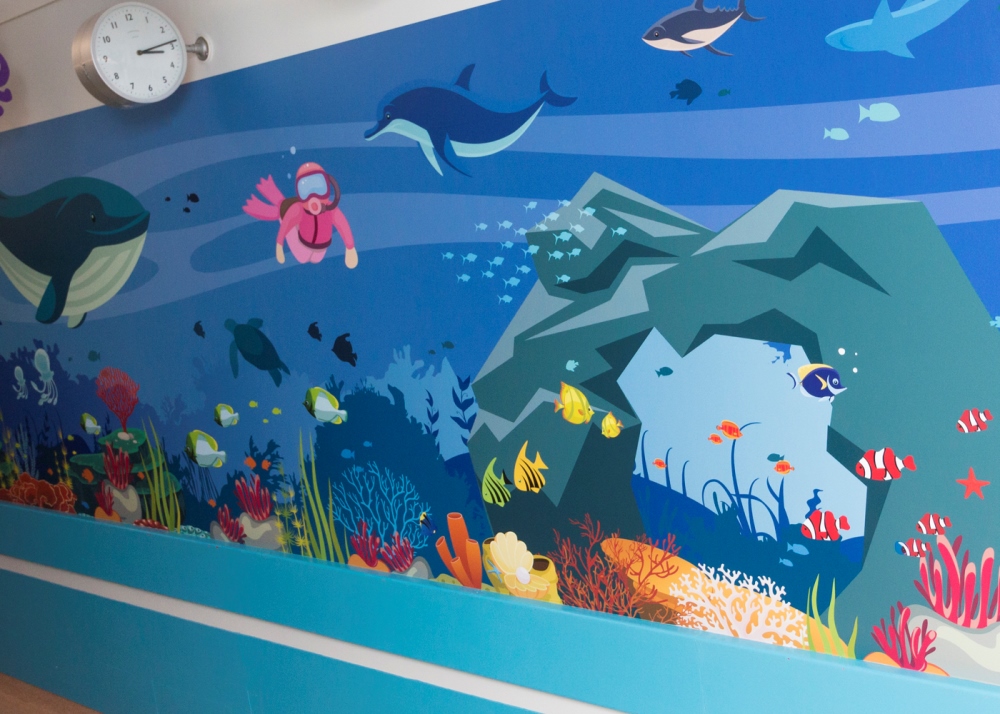 Sue Stephenson, the High Sheriff of East Riding of Yorkshire and WISHH Charity Chairman, officially unveiled the new look Coral Ward 130 situated on the top floor of Hull Royal Infirmary’s tower block. The sickest children in the area are provided with care on this ward and following a wall sticker appeal through the WISHH charity a sum of £6,500 was raised to enhance the ward environment.

As a result of incredible public generosity together with support from the AMB Charitable Trust and funding as part of the Trusts Arts Strategy; woodwork has been painted in calming blue and pastel colours and members of Ward 130 staff have worked alongside the team at The Deep to create aquatic inspired artwork, including dolphins and penguin transfers to reflect the city’s fishing history and the success of The Deep. Those cubicles used by older children are brightly decorated and have sunflowers and trees incorporated into their designs. 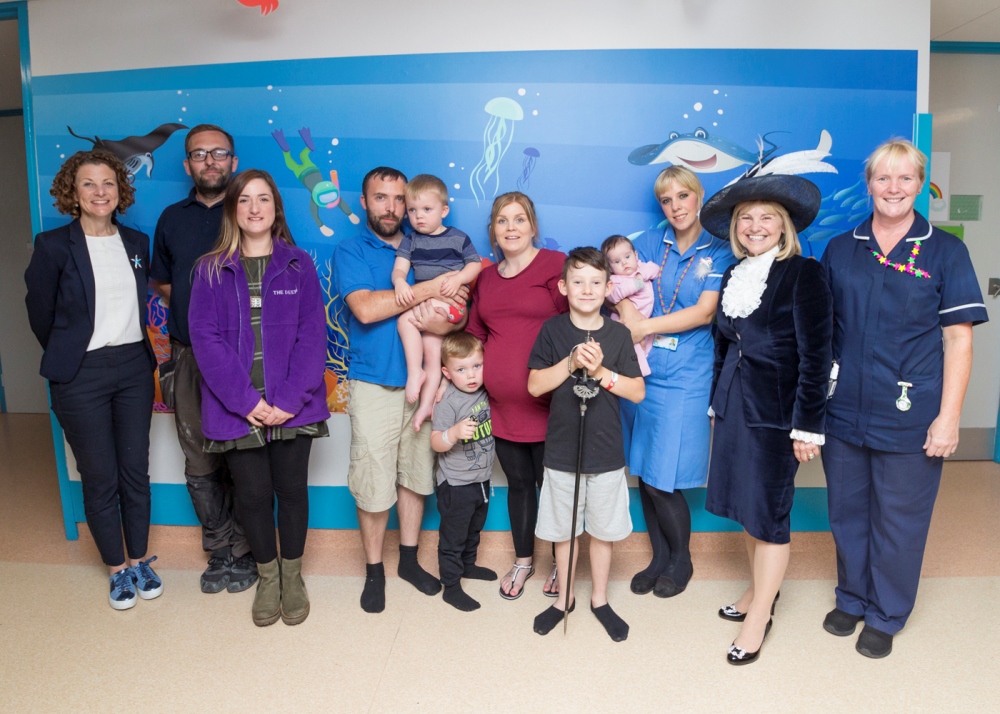 The playroom, corridors and treatment rooms have also being decorated and our own fish tunnel created as a result of the amazing support received improving the overall ward environment.

High Sheriff, Sue Stephenson said; “This art project has created a bold, bright, beautiful, magical, underwater kingdom for children who have come into the hospital.  The parents and children who I spoke to love it, and staff say it is a wonderful distraction for children undergoing treatment.

“Huge thanks go to the ward staff for their vision along with the team at the Deep and supporters who backed this campaign, without whose help this couldn’t have happened”

Junior Sister Helen Lyon said; “We can’t thank everyone enough for their fantastic support of our appeal, including the team at John E Wright Print and Signage who installed the stickers.  It has made such a difference to the children we care for, helping lift their spirits as we look after them in this wonderful and bright environment.”

WISHH – Working Independently to Support Hull Hospitals – was set up in 2016 to support Hull University Teaching Hospitals NHS Trust, which runs the hospitals.

The WISHH charity raises funds to enhance the services and facilities provided by the NHS by providing those “added extras” to improve the experience of patients and families.

In its first three years, WISHH has worked with the public to fund a reminiscence cinema for elderly patients in the Department of Elderly Medicine, arranged for the donation of a mini Tesla car to take patients to the operating theatre and has purchased two AIRVO machines to help children with breathing problems in A&E.

To find out more and to support the work of the WISHH Charity contact Lisa Whitton, Charity Manager 01482 622299 or Email: lisa.whitton@hey.nhs.uk