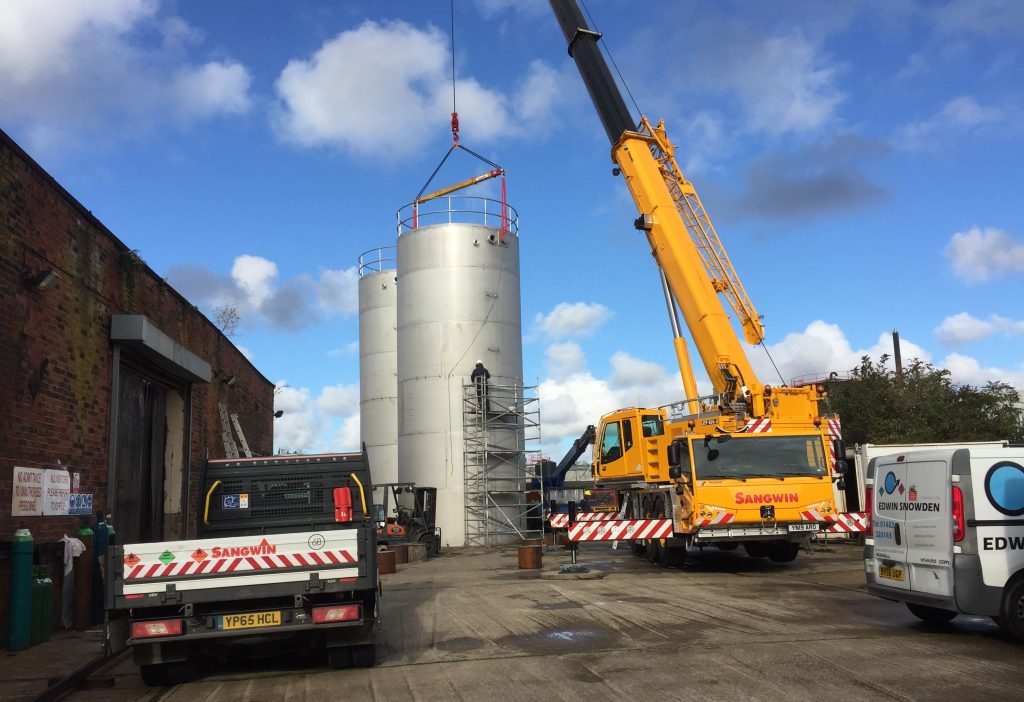 Constructing the tanks for Britvic has been a 12-week project.

An engineering company which marked its 120th anniversary last year by entering a new era after a takeover will bring the streets of Hull to a standstill this weekend as it delivers its biggest order since securing the investment.

Edwin Snowden (2018) Ltd will load two 10-tonne tanks built in its yard at Fountain Road, Hull, onto low loaders ready for the journey of 140 miles to Britvic Soft Drinks Ltd at Rugby in Warwickshire.

David McGlone, Operations Director at Snowden’s, said the order is one of a number of projects for blue chip clients which are helping the company re-establish itself after the takeover ended a period of uncertainty.

The company, which was founded at its current site in 1898, was taken over in December 2018.

David said: “We’ve increased the workforce here from five to nine since the takeover and intend to add to the team as the company continues to expand.

“There’s a lot of experience here with some people who have been with the company for 20 years, and although we’re only a small engineering business the volumes of work are high and the clients are big. In addition to Britvic we’re working for Goodyear Dunlop, Spirax Sarco, Gestra and Smith & Nephew to name a few.”

The company’s “bread and butter” is the fabrication of high quality tanks for major industrial installations and a current growth area is manufacturing decompression and hyperbaric chambers for the medical sector, with one of its products in use at the Spire Hospital at Anlaby, near Hull.

Constructing the tanks for Britvic has been a 12-week project which began with Snowden’s purchasing the steel from Aalco in Hull. It was rolled by a specialist company and then assembled to leave each tank in two sections. 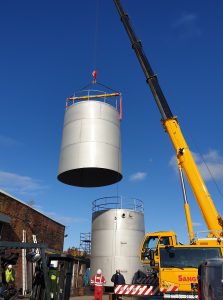 The tanks will be moved to Britvic in Rugby, with their journey starting on Saturday morning.

Now the sections have been fixed together and the next step on Saturday will be for the two stacks, each 4.8 metres diameter and 11.5 metres high, to be lifted by cranes from Sangwin Group over the wall of Snowden’s yard into the more spacious neighbouring premises of Rix Group. Once there, they will be secured on their sides onto the low loaders from ALS in Hedon Road, Hull.

The first few miles of the journey to Rugby on Saturday evening will take the tanks along Fountain Road and then Bankside before the low loaders reverse through the roundabout at Air Street to the Crown Paint factory, where they will be able to turn round and head along Sculcoates Lane to Beverley Road and then the A63.

David said: “We have used local contractors wherever possible. It helps that Castle Street in the city centre will be closed this weekend for the new bridge being lifted into place. We’ll have four police cars and two escort vans to make sure our move goes smoothly.”

On arrival at Britvic the tanks will be cleaned and filled with raw water which will then be processed and used to make the company’s fizzy drinks. With a capacity of 200,000 litres, each tank is large enough to make nearly 730,000 bottles of the Britvic 55 brand.

David said: “It’s my understanding that the rest of the plant is already in place and once these have been washed out they could be operational very quickly, and some of the drinks will be coming back for sale in Hull. I don’t normally drink Britvic but I might have one soon to celebrate!”