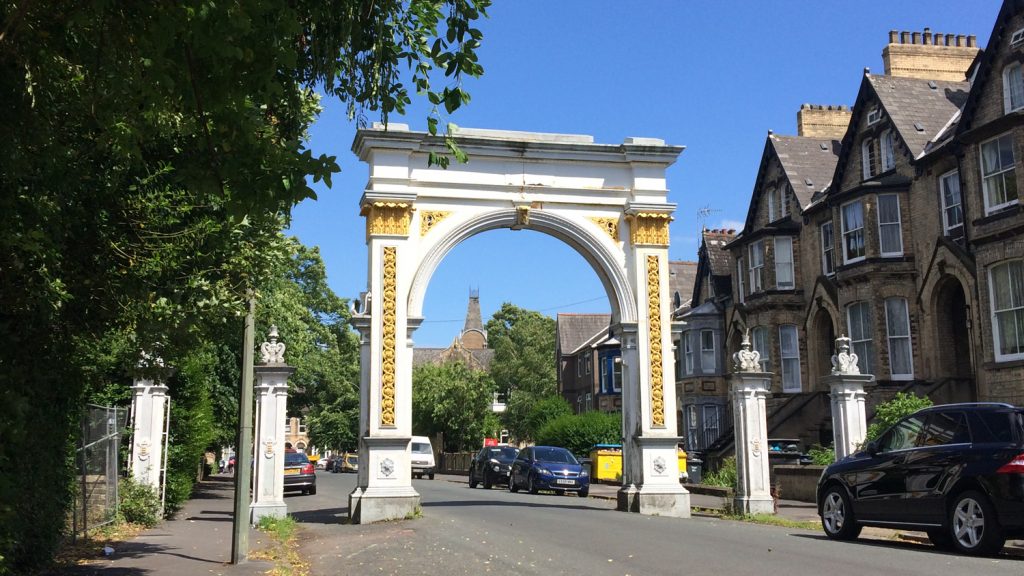 The iconic gateway was removed from the park last year as part of the £3.8m Pearson Park Restoration Project, which will restore the park’s historic assets and reinstate some of its original Victorian features which have been lost over the years.

The cast iron archway has been painstakingly restored by specialist contractors Lost Art.

Individual pieces of the archway have been restored, and in some cases remade.

Councillor John Fareham, chairman of the Pearson Park Trust and Project Steering Group, said: “The archway is one of the most noted and popular features of the park and it’s certainly been missed. However its restoration was much-needed, so it’s fantastic that we have been able to include it as part of the transformational project at Pearson Park.

“The return of the archway is a key milestone in the project. We are all incredibly excited about the next few months as we see the final phases of the restoration come together.”

Work will start on Pearson Avenue on Monday, with sections of the archway arriving back onsite in phases. The structure will be carefully placed back together in sections, starting with the two main pillars. This process will take a number of weeks.

Advance notices have been in place informing park users and residents of the road closure on Pearson Avenue, which will be in effect for the duration of the re-installation of the archway.

The gateway was removed from the park in December last year. It was taken apart in sections and separated into nearly 50 pieces.

An original drawing and historic photographs of the archway, located in Hull History Centre, were used to recreate its lost features. This includes replacement gates and screens that were removed in the early 1900s and the urns and the lanterns from the side pillars. Each replacement piece was drawn and carved by hand before being cast in iron.

It has been a meticulous process with the gateway being returned as closely as is possible to how it originally looked when installed in the 1860s.

When the gateway was deconstructed, paint samples were taken from areas across the whole of the structure.

It revealed the original red base coat was followed by several layers of a rich cream colour with accents of green – the colour the gateway was painted for the majority of its lifetime. The restoration of the archway has included the return of this colour scheme.

Once complete, the public will be invited to an opening event to celebrate the return of the gateway. This will include an exhibition explaining the intricate processes involved in the restoration work and the level of bespoke craftsmanship involved.

The £3.8m Pearson Park Project has been supported by a £3m grant from the National Lottery Heritage Fund.