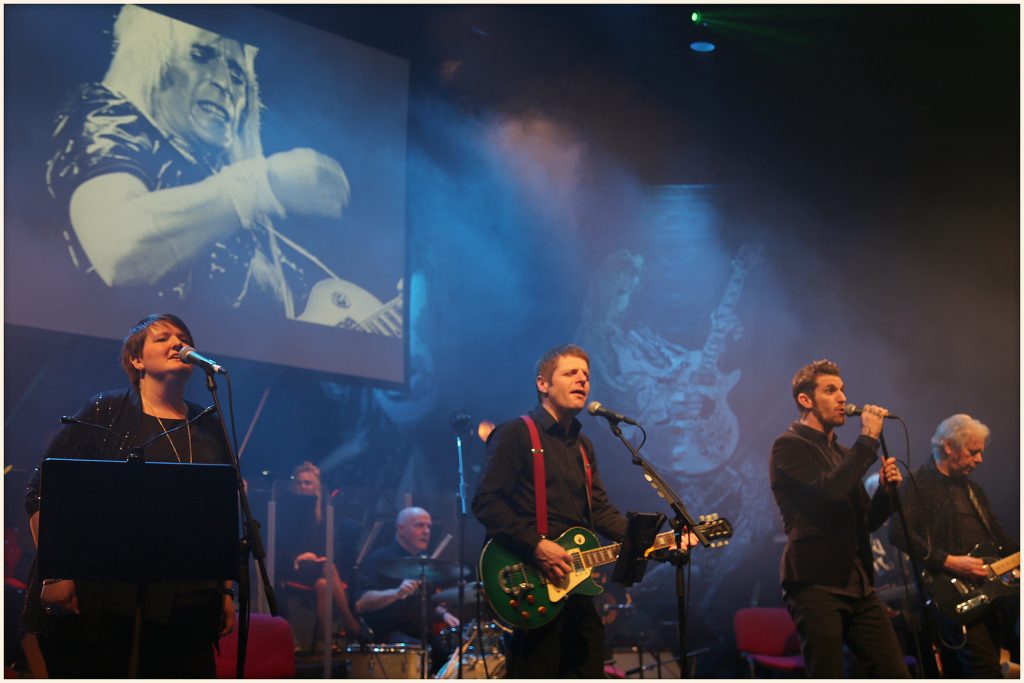 Turn and Face the Strange returns to Hull Truck Theatre.

Turn and Face the Strange returns to Hull Truck Theatre with a 2020 Special Edition featuring new songs and stories along with all the stunning multi-media elements that have wowed audiences over the past two years. The cult hit show will run in the main auditorium, the Heron, between Tuesday 28th April and Saturday 2nd May.

Turn and Face the Strange tells the story of Hull born Mick Ronson, who played alongside David Bowie as one of the Spiders from Mars, and became a world-famous musician, arranger and album producer. 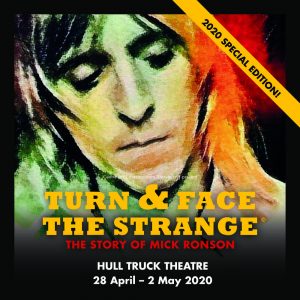 Turn and Face the Strange.

The production features a string quartet of classically trained musicians and a stellar line-up of rock musicians who played with Mick Ronson and David Bowie, including Keith ‘Ched’ Cheesman (The Rats), John Cambridge (The Rats & The Hype), John Bentley (Squeeze). They all offer unique stories and memories of knowing Mick personally and sharing the stage with him. Alongside Kristian Eastwood, Bobby Joyce, Rachael Jarvis & Phil Keech, they recreate the iconic soundtrack of a generation that reverberates down the decades to now.

The stunning multi-media show was originally commissioned as part of Hull’s City of Culture year playing to sell-out audiences at the Freedom Centre in August 2017, followed by further sell-out runs at Hull Truck Theatre in February 2018 and April 2019. In August of last year a specially adapted version of the cult show opened the new Spiders from Mars stage at the annual Humber Street Sesh Festival wowing an audience of thousands.

Written by Garry Burnett and ‘Made in Hull’ writer Rupert Creed, Turn and Face the Strange showcases a vivid stage design by Ed Ullyart, powerful film content by Anna Bean, and stunning lighting by Jason Addison.

Rupert Creed says: “We’ve given the show a 2020 Special Edition makeover. It keeps all the fantastic live music tracks that audiences love, along with some new ones, plus some new story content. We’ve got a great team of creatives on this project and as it’s the fourth outing for the show, we like to bring something new and exciting to each production”

Garry Burnett says: “ The remarkable story of one of Hull’s most brilliant and influential artists, supported by an extraordinary team of musicians never fails to affect those who experience it. Turn and Face the Strange features a powerful rock band alongside a classical ensemble offering a stunning sound and visual experience mixed with personal stories of Mick’s life and music career.”

Tickets for Turn and Face the Strange  are on sale from November 18th from Hull Truck’s Box Office on 01482 323638 or online at www.hulltruck.co.uk

You can find out more about the show at www.turnandfacethestrange.co.uk