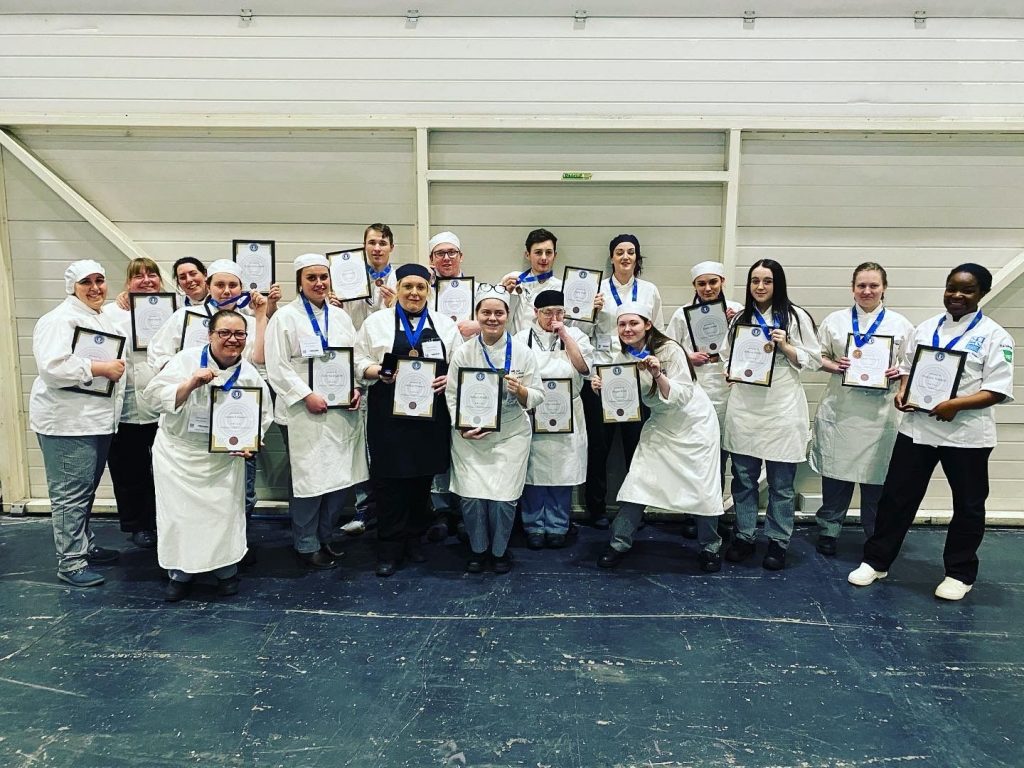 Culinary Skills and Patisserie students from Hull College have competed at this year’s HRC event, with considerable success.

A group of hospitality and catering students at Hull College have been recognised with a host of awards at this year’s Hotel, Restaurant and Catering Show (HRC) held recently in London.

The students, all registered on Level 2 and 3 Culinary Skills and Patisserie courses at the college, were competing in a range of disciplines at the HRC event held over 3 days at the beginning of March. Between them, the students brought back 2 Gold medals, 14 Silver medals, and 23 Bronze awards. They also returned with a prestigiouss award for food hygiene, and were voted best college competitor across the competition.

Ian said: “We class this as the culinary Olympics. It’s not just for the UK, you get people coming from Malta, from Italy, from Germany, all over, it’s international. The competition is aimed at any professional or anyone that’s in training. Anyone can enter, but students really have to be up to the standard, that’s why we put in so much training. It’s an amazing competition to be in, and to get these results. College-wise we hit all the London big boys, which is good, we wiped the floor with some.” 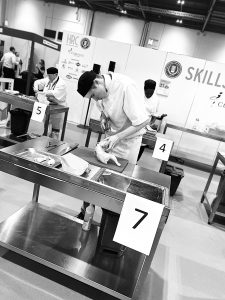 Students competed in various categories, including chicken for saute.

The students competed in a range of categories, including ‘Chicken for Saute’.

Ian said: “That’s very classical, everyone has to do chicken for saute when you’re first training, it’s something that’s utilised all the time in hotels and restaurants. It sounds easy, but you’ve got to get from one chicken eight uniform pieces, and it has to be presented in a certain way. They only get 25 minutes to prepare that, it seems a long time, but it flies.”

Other categories include fish filleting.

Students that have had a little more training also enter hot classes in the competition.

Ian said: “The students cook live in a self-contained kitchen, they have ten stations, so all competitors start at the same time. They’re cooking hot vegetarian and hot vegan dishes, some did a hot venison dish too.” 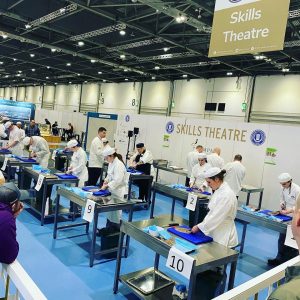 The competition is daunting, many professionals enter.

The pressure the students are under in the competition is immense. Not only are the judges watching their every cut, slice and simmer, the competitors are also working under the inspection of an audience of visitors to the event, which includes many leading industry professionals. The experience is daunting, but matches the pressure of the industry as a whole, it ‘really shows them what it’s like’ said Ian.

Entry into the competition takes a lot of preparation, not just weeks of training, but also organising the students, equipment, and ingredients to get to the event. This year the college’s team numbered about 20, and with their equipment they filled two buses.

“Every student got a medal, at least one medal, the majority of them got two. That’s good, everybody came back with something,” said Ian.

Entering competitions like this is great for the students’ progression into the industry, giving them real experience.

“It’s about getting them ready for work,” said Ian. “Students’ progression into courses and trade is good, over 90% will get a job. Those that stay the course do really well.”