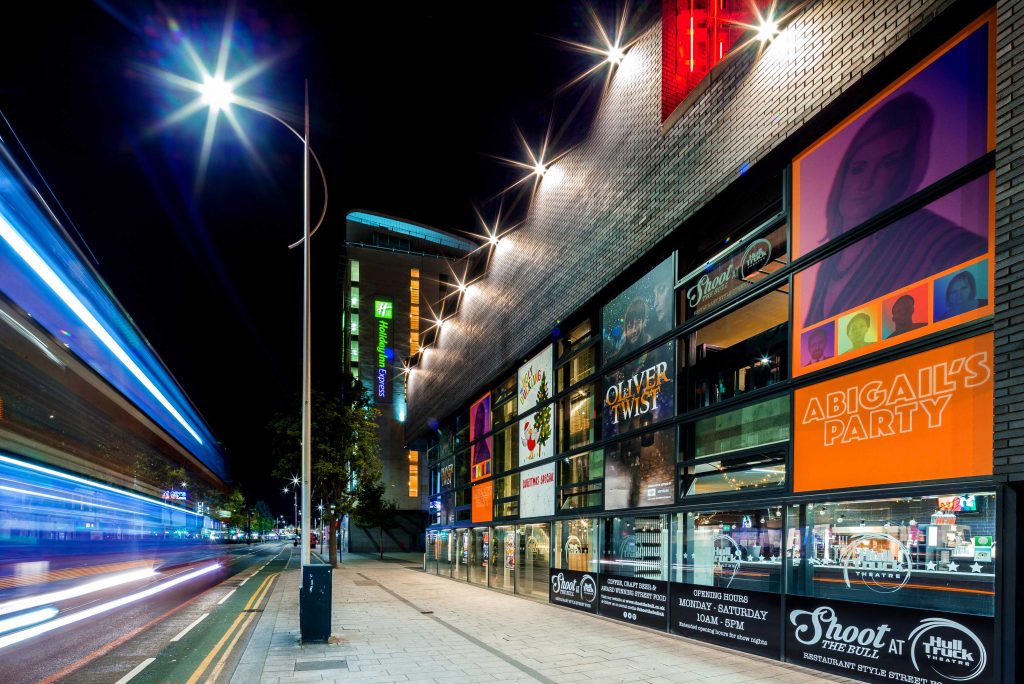 Hull Truck theatre announce that they have been nominated for two UK Theatre Awards this year. UK Theatre is the UK’s leading theatre and performing arts membership organisation and they’ve been lucky enough to make a shortlist of just three venues for both Digital Innovation and the Workforce Award.

Additionally, they would like to extend their congratulations to Kudzai Sitima for her nomination in the Best Performance in a Play category. A well-deserved acknowledgement for her performance as Phyllis ‘Princess’ in Princess & The Hustler, a co-production with Eclipse Theatre Company and Bristol Old Vic that they were lucky enough to be involved in. The show was also performed here in Hull this March as part of it’s UK Tour.

In light of this aim to make their work more accessible, Hull Truck Theatre have recognised that price can be a barrier to young people attending the theatre, especially if it’s something new that they’re not sure they’ll like. With that in mind they have picked a number of shows that they are offering at £6 each to under 26’s saving up to £18.50 per ticket.

To redeem the offer, those under 26 years of age should simply quote or enter promo code ‘6under26’ when booking. Check their website for full terms and conditions.

Here is a full list of the shows offered in this celebratory deal:

A tony award-winning dark comedy thriller from the writer of Three Billboards Outside Ebbing, Missouri & In Bruges.

A new play about friendship, growing up and exploring how men relate to each other today.

A local story that hit the national press, accusing ‘hardline’ Muslim teachers and governors of plotting extremism in Birmingham Schools.

Hull’s first lady of soul and jazz shares her musical journey celebrating the women that have influenced her along the way.

Muhammad: The Rumble in the Jungle in concert – Thu 14 Nov

The stage will be transformed into a boxing ring and the audience will be taken on a tour through the life of boxing legend Muhammed Ali.

An extraordinary celebration of female courage and determination. Yazz will be joined by a 13-piece ensemble.

Join us for a truly memorable night, John’s distinctive saxophone playing and famously dry wit and the unforgettable sounds of the big band.

The talented young jazz singer from The Netherlands has spent the last 6 years touring with her vocal tribute to Django Reinhardt Eva Sur Seine.

Apphia Campbell: Black is the Colour of My Voice – Sat 16 Nov

Direct from sell-out runs in the West End, Edinburgh and New York this critically acclaimed show is inspired by the life of Nina Simone.

Explore the mysterious and oddly beautiful side of Hull with live trip-hop, spoken word, electronics and film.

A Havana-style Latin Jazz party in celebration of an extraordinary life from acclaimed Cuban violinist Omar Puente and friends.