The annual fun showpiece which took place at Hesslewood Business Park saw 850 riders complete one of the three designated routes – ranging in distance from 22, 42 and 62 miles.

Entrants come from Yorkshire and Lincolnshire, with another 150 travelling from as far afield as Portsmouth, Manchester and Scotland.

Large numbers of children also ride with family members – around 200 in total this year – before enjoying the attractions and entertainment at the extremely successful Family Fun Day.

Having set up the Sportive back in 2013, joint organisers Ian Nicholls and Andy Cawley are thrilled to see it proving so popular. 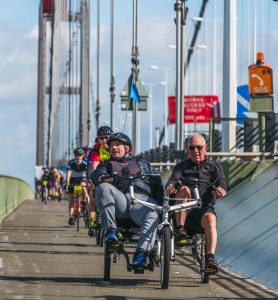 Darren crossing the Humber Bridge during the Sportive event.

Mr Nicholls said: “Andy and myself are both immensely proud of the Humber Bridge Sportive and the difference it’s made to countless lives within our community.

“From the outset, the motivation behind the ride has always been to raise as much money as possible for local charities – and we’re thrilled it’s been so well received.”

Mr Cawley added: “When we set up this ride, we could hardly imagine that we would manage to donate over £80,000 to local charities.

“Hopefully, next year will provide another enjoyable day out on the bike – and it would be absolutely amazing if we can reach the £100,000 mark.” 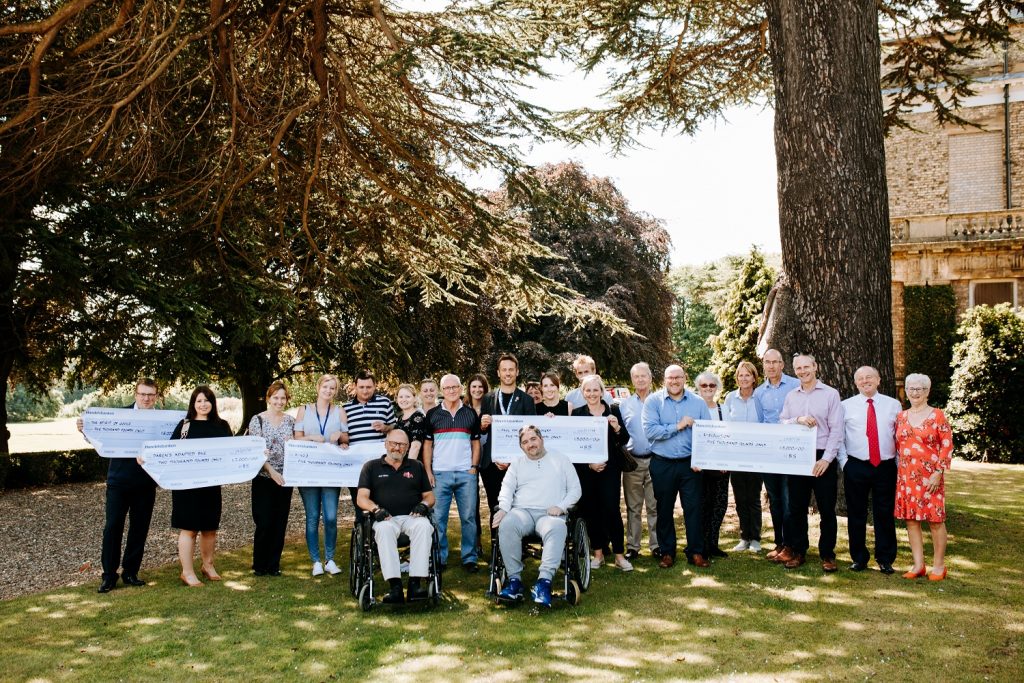 As a principle sponsor of the 2019 event, director Tom Penrose was “honoured” to represent PPH Commercial at the official cheque presentation.

Mr Penrose attended alongside the Sportive organising team and Debbie Barbor from Brooklands Property Holdings, who own the Hesslewood site and allow it to be used to stage the event for free.

Mr Penrose said: “The Humber Bridge Sportive has become an eagerly-anticipated date on our annual calendar and I was honoured to attend the official fundraising handover.

“Hopefully, the event will continue to receive the full support of its sponsors, volunteers and riders – because that’s what makes it such a major success.”

Mrs Barbor added: “It’s very rewarding to see the Sportive grow from strength to strength. It’s also extremely humbling to see how the proceeds and generous sponsorship of this event changes the lives of local people

“As the hosts and a principle sponsor, we’re delighted to be able to give something back to so many worthwhile causes from within our community.”

£5,000 to R-evolution: Bicycles, helmets and lights were given to a group of young Syrian refugees living in Hull, and following a period of training, they were able to complete the 21-mile route of the Humber Bridge Sportive.

In addition, a “bike library” will be set up at Chiltern School, Hull – around 30 bikes, lights and helmets will be provided for the children to use.

£5,000 to P.A.U.L For Brain Recovery: The charity is looking to purchase iPads and software to aid with patients’ recovery.

£5,000 to Spirit of Goole: Cash will buy specialist aircraft skin and glues for a bi-plane being built by young people from disadvantaged and deprived backgrounds.

£5,000 to FIND3: Organisation will begin to create a sensory room and buy a projector so they can stage film evenings.

£2,000 to Daren Smith: Major contribution towards the purchase of an assisted bike. Daren is a stroke survivor, and this will be a significant help on his road to recovery.

£500 each to Hull4Heroes and Hull Women’s Aid: Funding will help with their ongoing projects.

Be the first to comment on "Humber Bridge Sportive 2019 raises £23,000 for seven good causes locally"