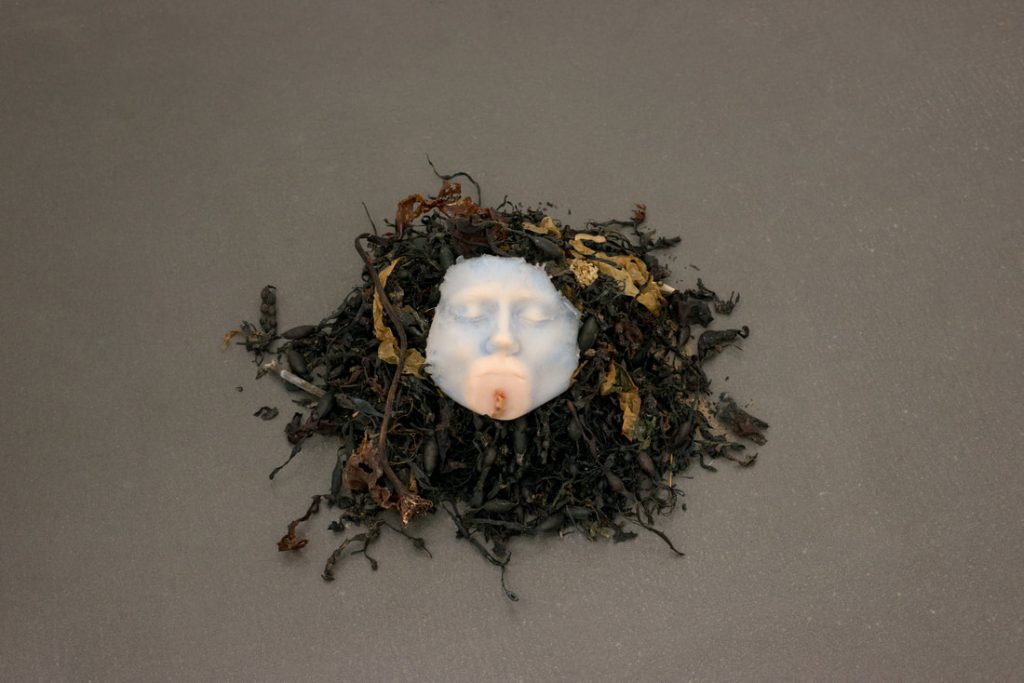 Humber Street Gallery, which is managed and run by Absolutely Cultured and is the only contemporary visual arts space in the region, has today announced its programme of exhibitions opening during the remainder of the year.

Working across sculpture, video, text and performance Aniara Omann’s work often uses forms and materials found in manual special effects and prop productions to explore the boundaries and paradoxes between interconnectedness and individuality. She is inspired by science fiction, and its ability to reflect present societal, biological and psychological states of humanity, through imagined futures or alternative realities.

For Equanipolis she has developed a new body of work that questions and tests our ability to conceive of futures and alternate realities. In Gallery 1, on the first floor, the exhibition will feature an installation, which will include a large cyborg produced using silicone-based casting techniques combined with bio-conscious materials such as eco-resin. The materials chosen for these works not only reflect the science fiction influences through their visual appearance, but also through the consistent narrative that silicon-based biochemistry may be an alternative to carbon-based lifeforms. The work will be activated with animatronic elements mimicking human physiology, but pointing to the possibilities beyond our current bodily existence, through an aesthetic reminiscent of special effects in sci-fi.

On the second floor, Gallery 2 will host a series of wooden figures that examine the boundaries and possibilities of the human body, whether through evolution or extinction. She is interested in exploring how the futures we imagine reflect our current cultural attitudes and perspectives, and particularly how this is played out through fashion and adornment. As such, these new sculptures will be dressed in a combination of antique garments and newly produced, futuristic garments, made with bio-conscious materials such as vegan leather and hemp linen to suggest a utopian future in which the inhabitants wouldn’t consider using environmentally damaging materials.

Throughout Equanipolis Omann evokes and questions different aspects of the human body and ego with sculptures that at once resemble and mutate the human form, as well as our relation to ecology through her choices of material. In the future, will we be able to live harmoniously with the natural world, or will we evolve to become ideal versions of ourselves, and if we do will we still be human? This new body of work invites us to extend our imagination, and to pay attention to the experienced limits and barriers that we find between ourselves, and the environment.

Senior Curator at Humber Street Gallery, John Heffernan, explained: “Omann’s work will encourage us to think about the future and what it could hold for us as a society. More importantly, it will ask us to think about what we can do now to prepare for that. From the materials she uses, such as those with short breakdown periods like biodegradable plastics, to the science fiction reference points, the show will look to the future while reflecting upon where we are now.”

The exhibition will be supported by a number of events including an opportunity to be taken on a tour of the exhibition by the artist who will provide her insights into the concepts behind the work. 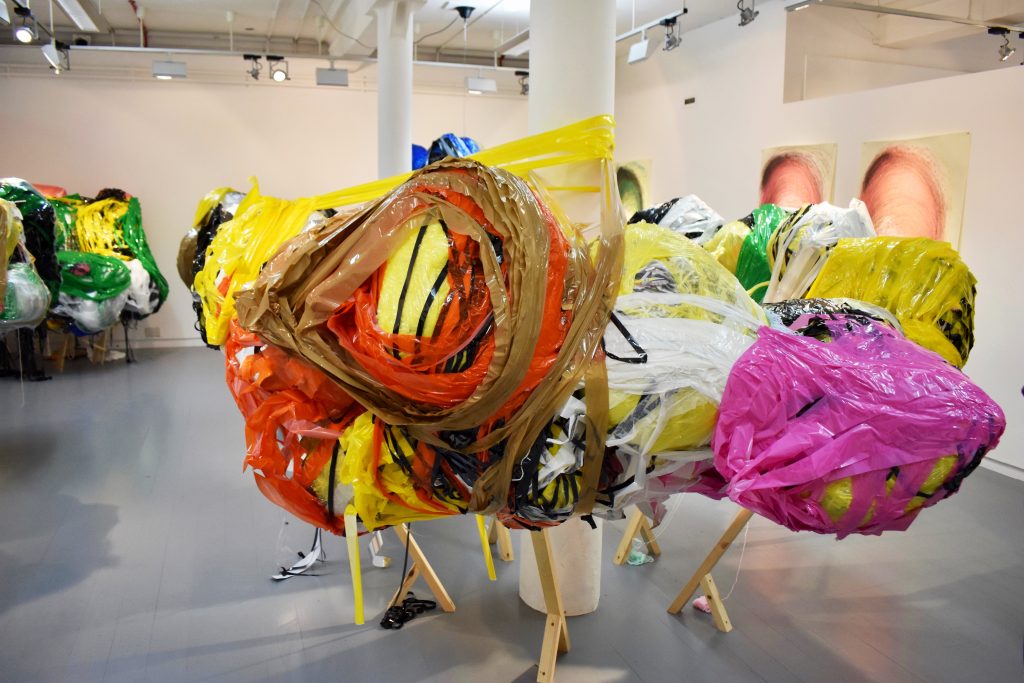 Wrapping is an exhibition by Nnena Kalu, a studio artist at ActionSpace, a London based visual arts organisation that supports artists with learning disabilities. Her work will be presented in the Project Space from Wednesday 6 November until Sunday 8 December, but members of the public will also be able to watch Nnena making the work, in the space from Wednesday 30 October until Tuesday 5 November, providing a unique opportunity to see the work in progress and to observe its development.

The installation consists of large-scale suspended playful forms that will wrap around the gallery, responding to the unique architecture of the Project Space. These colourful sculptures will be created by layering and binding materials such as industrial plastic tubing, newspaper, foam, cling film, fabric and tape and reacting to the size, shape and environment of the setting.

Visitors who come to witness Nnena’s energetic creative process will see the work grow from a small curious object in the space, into a large, immersive presence which transforms the gallery into a vessel for these organic forms to inhabit. 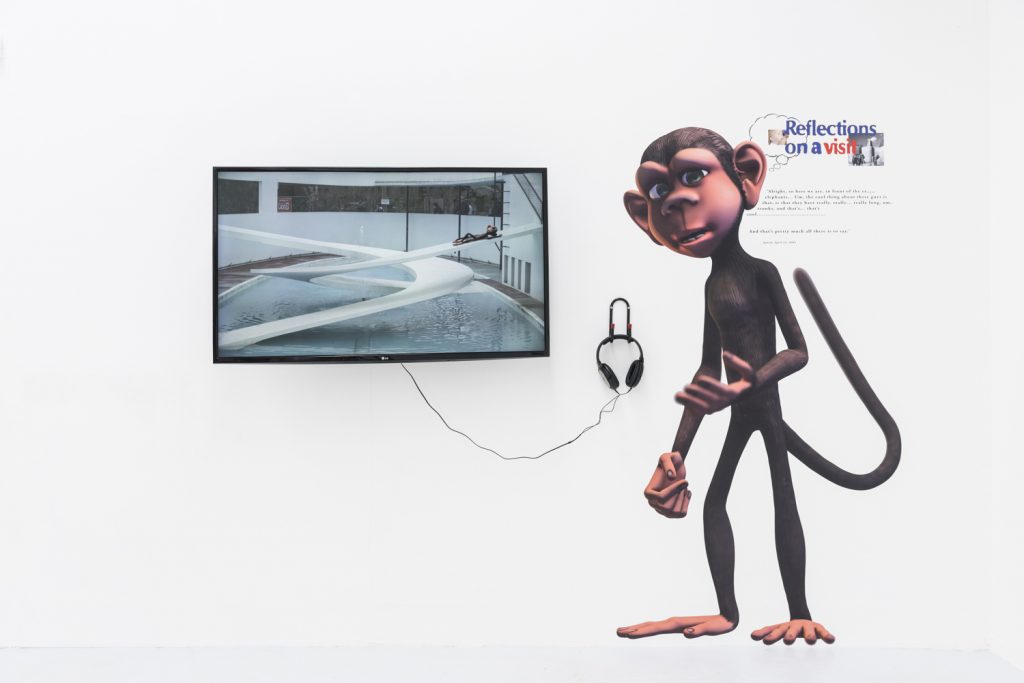 In the exhibition, the artist will examine the story of an archived photograph which depicts an imitation Jumbo the elephant (one of the first modern-day animal celebrities) crossing Hull’s Monument Bridge in the 19th Century as part of Barnum’s circus parade.

Through an exhibition that combines video and sculpture, Dook offers up a new version of Jumbo, exploring the enormity of his physicality, popularity and impact on the world.

Born in 1861 Jumbo tragically died in 1885 after a fatal collision with a train. The impact of his brief time on this planet was felt on a global scale and his story is one of freedom, captivity, global celebrity, love and tragic death.

Forcibly taken from his native land of East Sudan along the borders of Eritrea and Ethiopia Jumbo was first shipped to Paris and then to London Zoo before being purchased by P.T. Barnum, becoming the star of his circus, at which point Jumbo was known globally. Jumbo embodies the contemporary condition of human-animal relationships, and its constant mediation through images, spectacle, humor and branding. Jumbo’s influence has spread even further, for example, the roar of a Jumbo Jet owes its iconic name to a gentle giant from 100 years prior, as do countless branded items such as peanut butter, toilet roll, colouring pencils, sausages, and even the stores selling these products.

For Humber Street Gallery, Ollie Dook will examine the context that surrounds this 19th century image. How and why a version of Jumbo becomes possible, with the birth of globalisation and the mass proliferation of images which began during this period but is now at a point of ‘hyper transmission’. Through a combination of video installation and sculpture, Dook will echo the work of American taxidermist Carl Akeley, who famously resurrected Jumbo’s hide before it was destroyed in a fire and burnt to ashes. This ambitious installation aims to present another version of Jumbo through a séance as if he were a ghost, replicating both the enormity of Jumbo’s physicality, his fame and legacy.