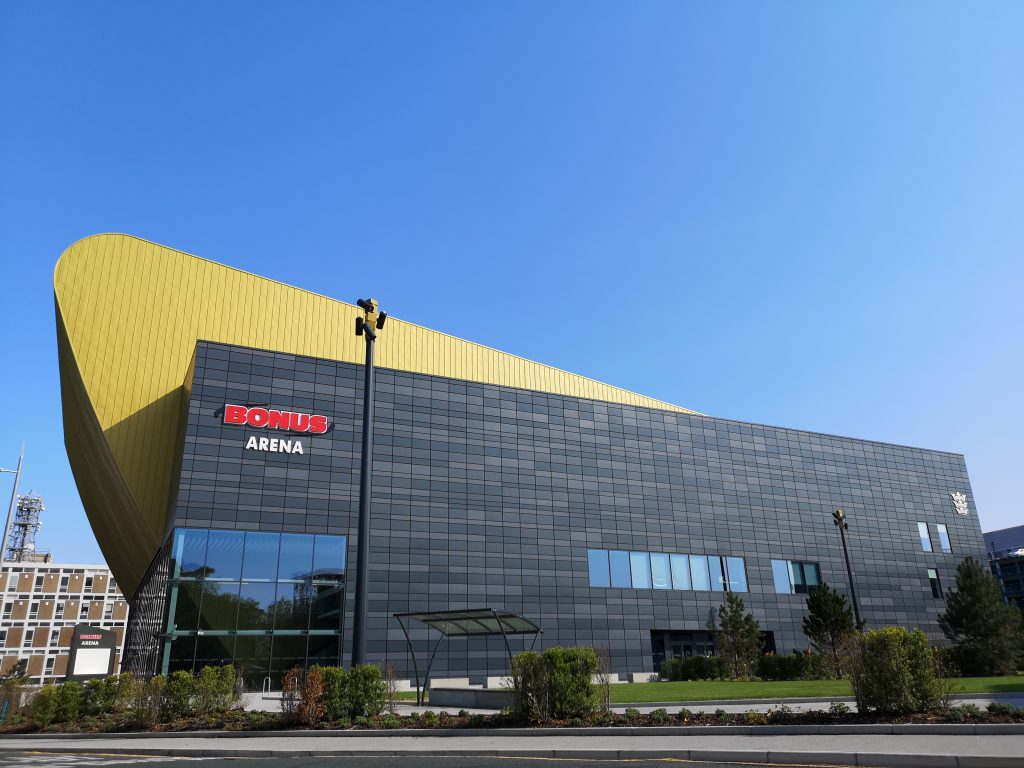 Bonus Electrical and Hull’s newest arena are celebrating the first anniversary of the venue’s name by gifting hundreds of tickets to local people.

The Bonus Arena, which celebrates the one year anniversary of its name this week, is providing the free tickets to NHS staff and members of the Armed Forces in recognition of the vital work they provide in the community.

The venue will also be hosting a competition across its social media pages for people to be in with a chance of attending an event at the 3,500-capacity arena.

A year ago this week the Hull based Bonus group was announced as the naming rights sponsor of the city’s newest entertainment arena. And that partnership has grown from strength to strength as the arena has attracted the likes of George Ezra, Olly Murs, Noel Gallagher’s High Flying Birds, Kaiser Chiefs, Boyzone, Catfish and the Bottlemen and Stereophonics for sell out shows.

To celebrate the one year anniversary, Bonus and SMG Europe, the management team at the arena, are giving away the tickets to see shows at the venue, including k.d. lang when the Grammy award-winning star visits Hull on 13 July.

Shaun Boanas, Chief Executive Officer for Bonus Group, said: “We are thrilled to be a part of what has become not just a huge success for Hull, but also a fantastic icon. It has been such a busy year with so many diverse acts coming to Hull for the very first time. The team there are obviously working tirelessly for which I’m sure everyone is very grateful.”

Dan Harris, General Manager at the Bonus Arena, said: “We have had a fantastic first year of sponsorship with the team at Bonus and we are delighted to be putting the city of Hull firmly on the entertainment map. It seemed only right to mark this milestone than by thanking local people with tickets to see the legendary, Grammy Award-winning k.d. lang when she visits the arena next month. We have hosted many fantastic nights and look forward to hosting many more.”

Chris Turner from the Hull University Teaching Hospitals NHS Trust, said “Along with monthly cash prizes, our in-house lottery gives our hard working health staff the opportunity to win their way in to live events and shows. Working with the Bonus Arena this last year has been amazing, and has given staff the opportunity to experience much sought after concerts from the likes of Rick Astley, Noel Gallagher and Richard Ashcroft. We’re looking forward to more of the same, and can’t wait to hear how our staff enjoy this special anniversary performance from k.d. lang”.

Tickets for HUTH NHS staff will be made available via the staff intranet. Tickets for the armed forces will be listed on Tickets For Troops in the near future.

A full list of upcoming events can be found at www.bonusarenahull.com