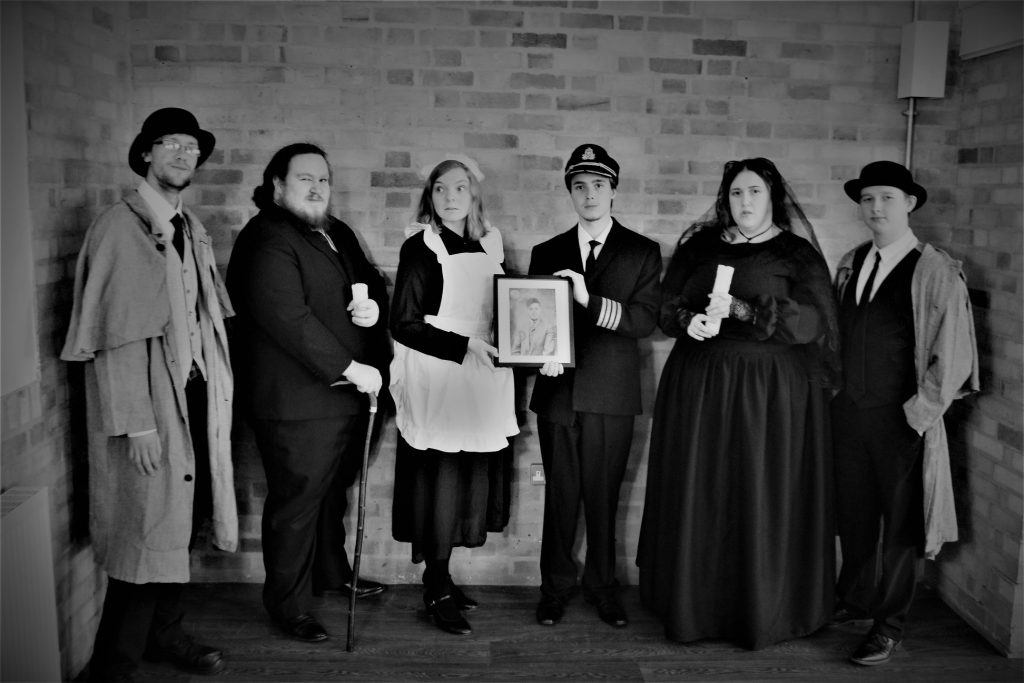 ‘What a terrible way for a man to be murdered. Course it’d be far worse if his killer escapes our grasp…’

Part Escape Room… Part Murder Mystery… All to play for, if you dare…

From 21-23rd February, audiences are invited to solve a series of puzzles, uncover clues and question witnesses before accusing the murderer of an infamous Hull shipwright.

The latest in their line of ‘plays you can play’ 1UPSTARTS bring this show to the heart of the city, in Thornton Village Hall for three nights.

Lee Watt P, Artistic Director of 1UPSTARTS, said: ‘Ripper Quays will test your wits and push your investigative skills to the limit. Fans of Fort Boyard, Crystal Maze and even Jungle Run will love playing through this show! Just make sure you nab the correct suspect!’

Performance times can be found below. Tickets can be purchased on the door or through the Hull Truck Box Office, either in person, over the phone on 01482323638 or at www.hulltruck.co.uk.

Further details about 1UPSTARTS, their new productions and upcoming projects are available at: