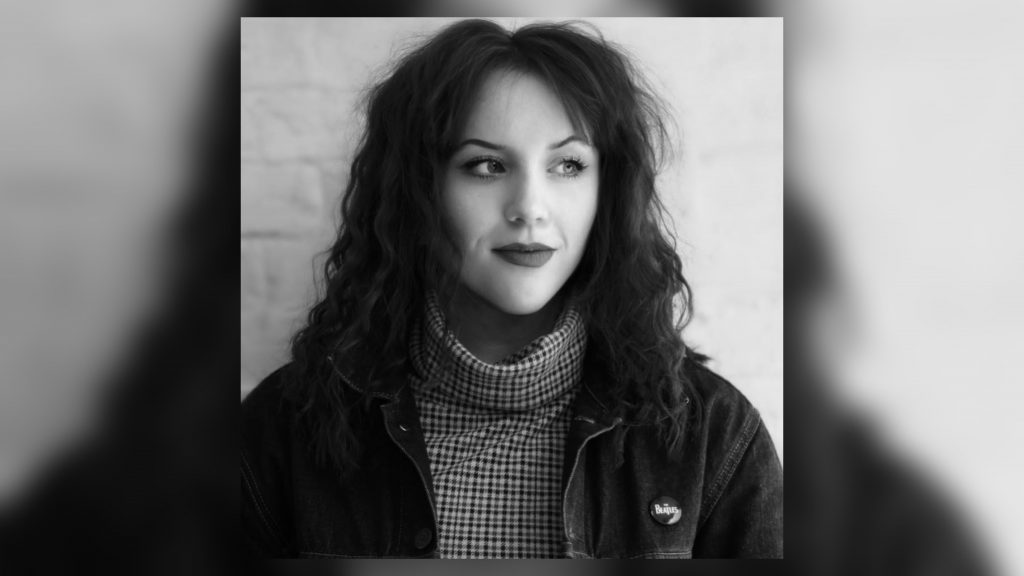 Hull-born singer and songwriter Jessika-Mae is the latest act lined-up to fill Back to Ours’ Friday night intimate gig slot, #rightonyoursofa.

“I was always really influenced by artists like Stevie Wonder, Etta James, Janis Joplin – all old, soulful, raspy singers. I also really love Amy Winehouse, she was current when I was growing up.”

Jessika’s talent for singing stood out at an early age.

“My mum runs a performing arts group [East Hull Urban Arts]. She discovered I could sing when we were doing group songs and shows. On one occasion she stopped the group and asked ‘whose is that big loud voice?’ I’ve always had a loud soulful voice, even when I was 11.

“That’s where it all started for me, I started my training there.”

Jessika pursued her music and performance training through various colleges and courses. She studied at Wilberforce College, completing a year of music and drama. She then gained a place at Brit School in Croydon where she studied ‘Community Arts Practice’.

“That course looked at music and performance, but in more of a community setting. We did festival work. We worked with rehabilitation centres, and other community groups. I did that for about 3 years, since I was 17,” she said.

Following Croydon, Jessika moved to Brighton to study at BIMM, originally the Brighton Institute of Modern Music. It was here that she received the main bulk of her singing training, working with several different music groups, including Jamiroquai’s band.

Jessika, now 25, returned to Hull just a couple of years ago, after the city had spent its year in the limelight of Hull UK City of Culture.

“So much has happened in the last couple of years,” said Jessika. “It like it’s only been two months.”

Bedding back into the arts scene in Hull was not as easy as you might imagine, she explained:

“You know, I found it difficult. I really did find it difficult. The city is a lot different to when I last lived here. I didn’t see any of the City of Culture. I came back, and found a big, well-established music scene happening. I did find it hard at first to find what little group I fit into, but I just got stuck into getting my name out there and doing lots of different gigs.”

Then, in 2019, Jessika entered the Hull Daily Mail’s Star Search singing competition to see if it could help to get her name out further, and to gain even more performance experience in Hull.

To her surprise, she won the competition!

She explained: “It was my partner that told me I should enter the competition. I didn’t think it was completely my scene. I thought it was more for pub and cabaret-type singers. But looking into it I saw quite a lot of variety amongst those putting themselves forward. So I went for it, did the heats, didn’t expect to get much from it, it was more about networking for me. But I got through to City Hall for the final!”

Winning the event at Hull New Theatre proved a particular delight for Jessika, as she had visited the venue on many happy occasions with her Nana to watch lots of shows.

“To be stood on the stage, and have my Nana watching me. It was just beautiful,” she said.

Jessika is now a popular performer, contributing to many of the city’s music events, such as Humber Street Sesh. She loves singing to audiences of any size, from the city’s larger stages, to the intimate gigs, ‘if you’re feeling the atmosphere of the room, it’s just as good either way’.

During lockdown, like many of the city’s musicians, Jessika has been streaming regularly to her growing fan base. She’s even ‘busked’ online, raising cash for a couple of charities. 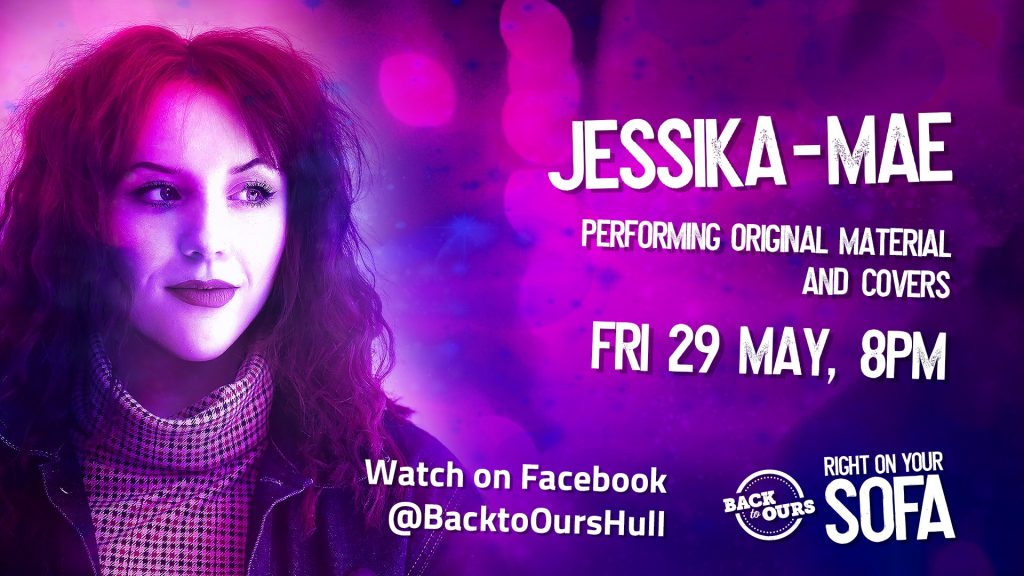 Jessika-Mae, #rightonyoursofa with Back to Ours, 8pm, Friday 29th May.

For Back to Ours she’s pushing herself further, embracing new digital and audio technology. She’s excited about the opportunities her Friday night gig is presenting, not just to be able to sing new songs she’s written, but also to learn new performance skills too.

“Back to Ours have got such a fantastic name for themselves now. I did a gig for them at The Comedy Lounge at the end of last year. We’re really special as a city to have a group like them, that really want to get the best for the city and push the arts. I’m really honoured to be part of it.”

Jessika is determined not to allow lockdown to stifle the development of her musical career, and is keen to make the best of online gigging and appearances.

“I’m going to continue writing music with my little team, and hopefully, by the time this is all over, or by the end of the year, we might have a new E.P. come out of lockdown!

“I’ve also always wanted to be in an all-girl rock band, so that’s on the cards as well,” she concludes, tantalisingly.

You can listen to Jessika-Mae’s gig, #rightonyoursofa, at 8pm on Friday 29th May. Follow Back to Ours’ facebook page, and tune in on the evening: