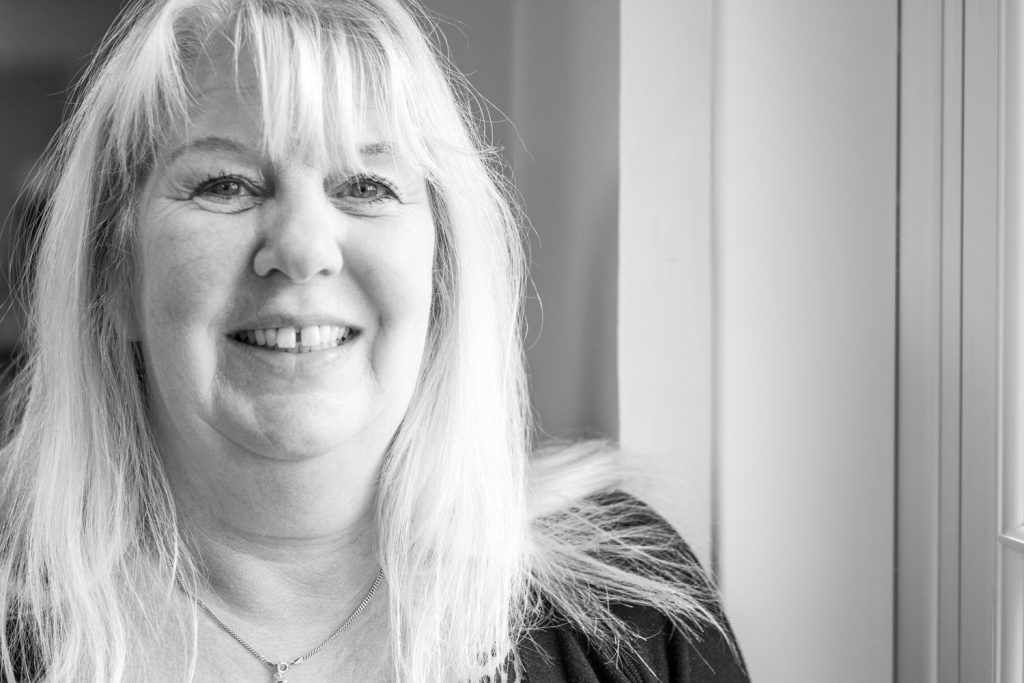 Eerily quiet around Hull Marina. Sunday strollers obviously deterred by weather reports of an approaching storm. It didn’t materialise, or at least not in the two hours-plus that we spent eating, chatting and glancing out of the window at the grey of the sky and the Humber. Even if it had, we’d already agreed there are far worse places to batten down the hatches than 1884 Wine & Tapas Bar.

It’s tempting to suggest that the gloom outside was a perfect fit with the conversation at our table. June is the founder of the Butterflies Memory Loss Support Group in Hull, and there’s not much to cheer when it comes to dementia.

But June is also known as someone who has a smile for every occasion and who has a determination to rise above adversity, and by the time dessert arrives we’re talking about wing walking.

Tucking into the Asado Sunday menu before it was replaced with the restaurant’s more familiar tapas dishes, it seems appropriate to talk about how restaurants – and businesses generally – cater for disabled people.

1884 Wine & Tapas Bar scores well with a spacious accessible loo, food and drink service all on one level, step-free access into the building and a disabled parking space right outside the front door.

But dementia is one of those hidden disabilities which can present additional challenges for people who have it, for service providers and for others who need to understand that there is more to disability than walking sticks and wheelchairs.

“Just because someone has dementia it doesn’t mean they should never go out. We try to build confidence and help people recognise there’s always a solution. We went to a restaurant with one couple, she ordered an ice cream for her husband, who has dementia. It was served in a large glass and she was worried he would knock it over, but we just poured it onto a plate. He could see it all and he enjoyed it. It’s about really simple solutions and having the confidence to ask.”

June has been close to dementia for most of her life. She didn’t realise it initially, but it was around when she started work at a day centre.

“It was a day centre for older people but there was no recognition that dementia existed. I was only 18 and didn’t understand as much then. I just saw older people who needed looking after.”

June studied dress-making, a skill which gave her a distraction from her work with Butterflies, making costumes for the Ensemble 52 theatre company, but while at Kingston General Hospital had also increased her awareness of the simple modifications which could help people complete everyday tasks.

“We used to alter the uniforms for the staff and make curtains for the wards. But often the nurses would ask for our help when they were getting someone ready to go home. People might be struggling to fasten shirts or blouses so we would sew in some Velcro, but we always put the buttons back on because we wanted it to look dignified.”

June’s work for a London-based touring theatre company ended when the demands of running Butterflies became too great. It all started when her Dad, George, was diagnosed with Alzheimer’s in 2008. By the time of his death in 2012 they had both taken part in research projects which let to setting up a voluntary group, with Butterflies becoming a charity in 2015. 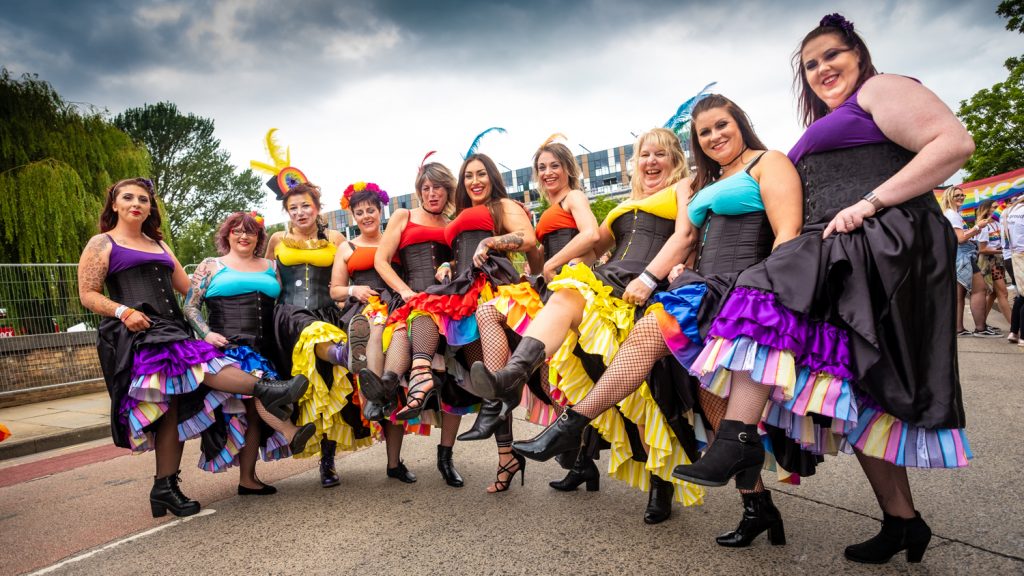 June, 3rd from right and wearing yellow, and other supporters of Butterflies Memory Loss Support Group, before the Pride in Hull 2019 parade. Photo: Jerome Whittingham @photomoments

June is part of a team of four who work part-time “on paper” but in reality commit many unpaid hours, supported by about 16 regular volunteers, running lunch clubs and workshops in and around Hull. There might be some music, theatre and opportunities for arts and crafts and, unlike with many other groups, they welcome couples.

“I found that my mum soon became my dad’s carer and the only thing they talked about were issues around stigma. The enjoyment went out of their lives. Suddenly she thought she would never be able to take my dad out for a meal again. What we do is about injecting fun and giving people confidence to still enjoy going to places and getting on with their lives.

“Keeping couples together is very important. If you separate them the person with dementia can arrive home having had a really good day, but they won’t remember what they did and they won’t be able to talk about it with their family.”

The sessions include practical advice and help with such issues as arranging power of attorney, providing information on reducing utility bills and talking about dementia awareness, something which June is eager to promote more widely. She acknowledges some agencies which refer new dementia members to Butterflies, but she says more could be done.

“Too often people get the diagnosis and are then left to go home and just get on with things. That’s how they feel they are being treated, the cared for and the carers. Awareness has improved over the last 10 to 15 years and we are working very closely with other organisations in the city to do more.”

Large and small businesses have provided support and June is hoping to persuade more to sign up for training which can benefit the staff and customers of the business and also generate revenue for the charity. She also challenges the media to help by banishing references to people “suffering with dementia” and by focusing on ability rather than disability.

“When someone is diagnosed the only thing they know is the negative perception, usually from the national press, about people becoming violent or getting lost. It fills people with fear at a time when they are having to make really difficult decisions. They never share the good news about someone with dementia doing a wing walk or working as our sous chef. We are expanding people’s lives, not making them smaller, and we should be shouting from the roof tops about those nursing homes that are doing a really good job.”