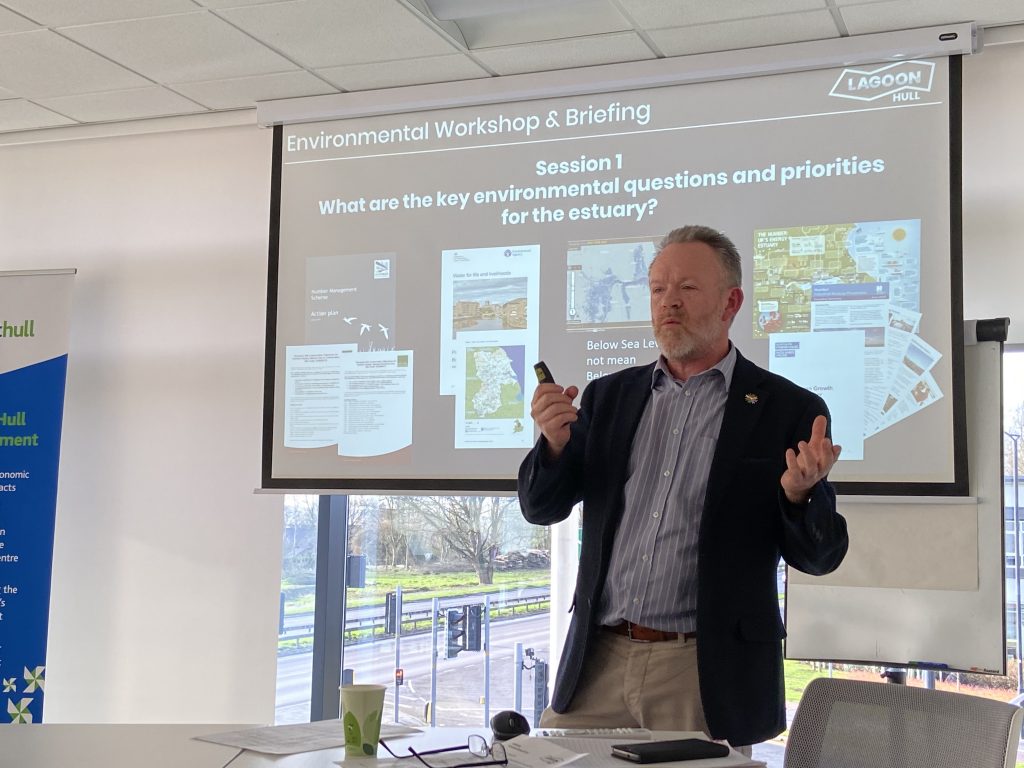 The directors behind Lagoon Hull have appealed to the region’s conservation and wildlife experts for help in ensuring the £1.5bn scheme brings environmental benefits to the estuary.

Directors behind Lagoon Hull have appealed to the region’s conservation and wildlife experts for help in ensuring the £1.5bn scheme brings environmental benefits to the estuary.

Paul Hatley, Lagoon Hull Project Director, made the appeal at an event hosted by Humber Nature Partnership and attended by organisations including the local authorities, the RSPB, Yorkshire’s and Lincolnshire’s Wildlife Trusts, and the Environment Agency.

Mr Hatley said he wanted to uncover the most pressing environmental issues for the Humber estuary and, alongside conservation and environmental experts, explore how the project could help support them. 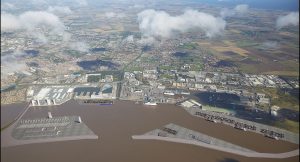 He said: “Lagoon Hull brings a comprehensive set of flood defences to both sides of the estuary and will relieve congestion along the A63, enabling traffic to flow more freely throughout the city.

“It also facilitates port expansion, which will fuel our economy and open up Hull for the next 100 years of development.

“However, there is an important fifth element that we weren’t able to address until the project became public, and that is the environmental benefits the scheme could bring to balance the impacts.

“As a result, exploring how we can engineer the scheme to deliver those benefits is now our top priority and we need to engage with professionals to do that.”

The event, which took place at the Ergo building at Bridgehead Business Park in Hessle, was organised by the Humber Nature Partnership and the Lagoon Hull team.

It represented the start of a pre-consultation process designed to shape the scheme towards delivering maximum benefits for wildlife and the environment, whilst minimising impacts.

As well as conservation bodies, it was attended by representatives from the University of Hull, Natural England, and ABP.

A number of priorities for the Humber estuary were identified at the event, including the need for an ecologically functioning estuary, improving water quality, and investigating the role it can play in addressing climate change.

Attendees also suggested the need for greater buffer areas between the estuary and the terrestrial development that lines its banks, and using the wider hinterland areas, beyond the core area of the estuary, to create environmental benefits.

Mr Hatley said he wanted to inspire discussions that were not limited by the existing environmental framework, but also included the wider environmental debate on the health of the estuary.

He said: “Often, when construction projects are proposed on the estuary, they are seen as a threat rather than an opportunity.

“With Lagoon, we want to change that. We want to see if it is possible to create an infrastructure development of this magnitude in an environmentally sensitive area and, with the right vision and approach, make it overall beneficial.”

He added the session had been a great start, but there was still a lot of work to do.

“Today has been a very interesting event and revealed a wide range of opinions about the environmental priorities for the estuary, and how to tackle those,” Mr Hatley said.

“It is just the start of a conversation and there is a very long way to go, but I’m very grateful to everyone who took part this time, and I look forward to consulting with them further in the future.”