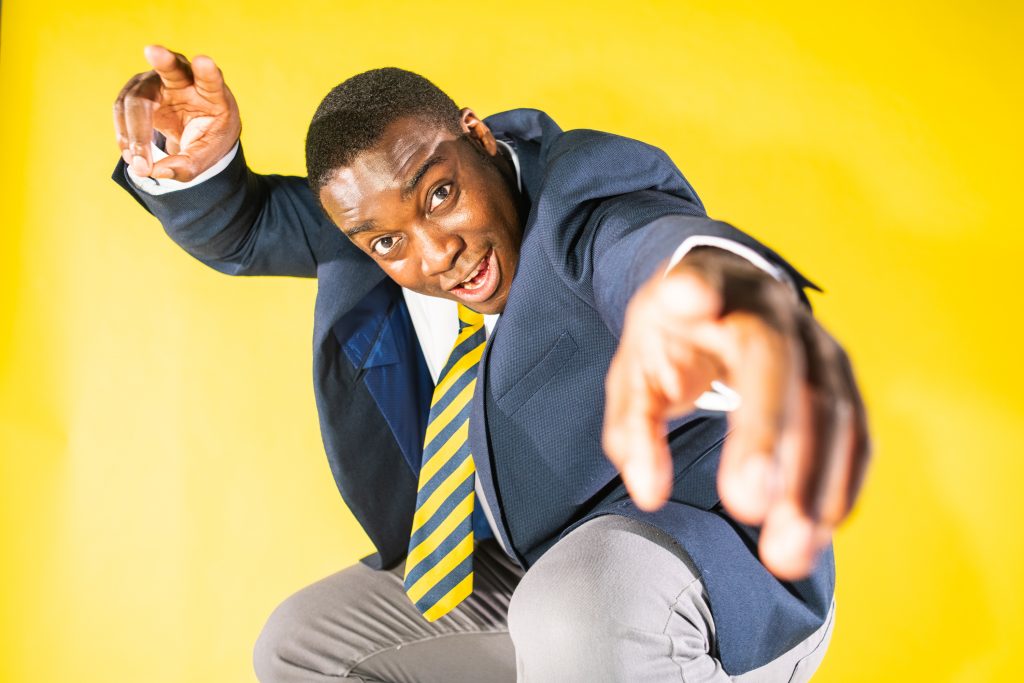 Middle Child are about to release a new single from their latest show, The Canary and the Crow. Politics , written and performed by Daniel Ward, takes aim at the use of stop and search by the police and was inspired by his own experience as a young black man.

The Canary and the Crow is grime and hip hop-inspired gig theatre about a working class black kid who’s accepted to a prestigious grammar school.

Written by Daniel Ward, the show is a lyrical, semi-autobiographical piece of theatre with original live music by Prez 96 and Middle Child associate artist James Frewer.

Politics comes from one of the key moments in the show, when Daniel is confronted by another pupil and is reprimanded by the headteacher, who in doing so exposes their racial bias.

Daniel said: “I’m gassed to be releasing this track. As a black man politics exists in everything, from major policy to everyday interactions.

“It’s just about how you learn to deal with it and this record, and this play, are two ways I’m speaking out about my experiences.”

A music video to accompany the track, shot by Josh Moore, dropped on social media on Monday 8th July.

Politics will be available to stream on Spotify and Apple Music from Friday 12th July.

The Canary and the Crow is the latest show from the company behind Us Against Whatever and All We Ever Wanted Was Everything.

You can see previews at Hull Truck Theatre on Tuesday 16th and Wednesday 17th July, before it heads to Latitude Festival and the Edinburgh Festival Fringe, before an autumn tour.

The Hull Truck performances start at 8pm and tickets, available from the Hull Truck box office, cost £9 each.

The Canary and the Crow is also part of the Hull Takeover 2019, produced by Absolutely Cultured through their Hull Independent Producer Initiative. In partnership with Middle Child, supported by Hull Truck Theatre and Back to Ours.

Be the first to comment on "Middle Child release single from new show, The Canary and the Crow"