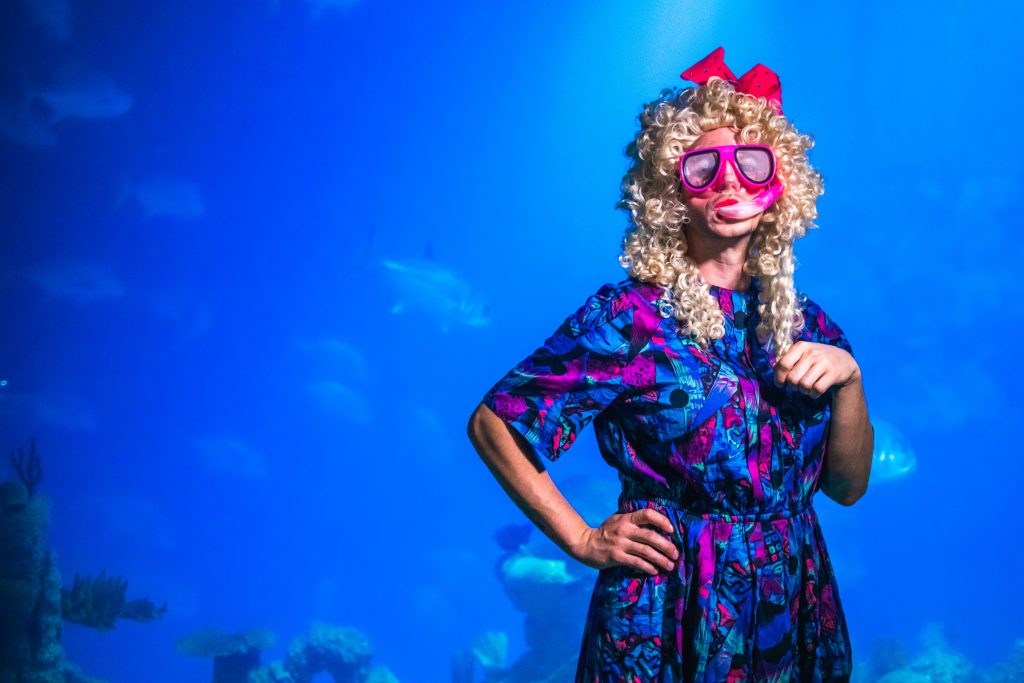 Pattie Breadcake, played by Marc Graham, is desperate to bag a date for her New Year’s Eve party. The Little Mermaid, by Middle Child.

Tickets have gone on sale for Hull’s rock and roll pantomime, The Little Mermaid.

Their version of The Little Mermaid sees hero Ariel set off on a swashbuckling, music-filled adventure from her home in the River Humber, while Ursula the Sea Witch tries to depose panto dame, Pattie Breadcake, from her throne as Queen of the Ocean.

Marc Graham, who has played the dame in each of the company’s previous eight pantomimes, and plays Pattie Breadcake this year, said: “Middle Child pantos are always huge fun to perform in and our fans have as much fun as the actors and musicians on stage do, enjoying stories set in Hull and written by local writers.

“December may be months away but we’re already hugely excited to share this fishy fairy tale and put on a great night out for families this Christmas.

“Pattie is also desperate to bag a date for her New Year’s Eve party, so all the men in the audience better bring their A-game if they fancy their chances with this queen.”

Middle Child recently picked up five-star reviews, sell-out shows and the Brighton Fringe Award for Excellence for their Edinburgh Festival Fringe show, The Canary and the Crow.

The Little Mermaid will be the next chance for Hull audiences to see the company in action, as they combine theatre, comedy and live music for a unique festive night out.

Family shows will be performed at 2pm and 6pm throughout the run, as well as an early 10am performance on Christmas Eve.

The late-night, adult-only shows return for three nights only on 21st, 27th and 28th December at 10pm, a chance for not-so-grown-ups to leave the kids at home and enjoy a show on their own.

The anarchic “mischief” performance is also back for the last show on Sunday 29th December, when the cast play pranks on each other, with the audience in on the action.

There are also BSL-interpreted performances of both the family and late-night shows, on Friday 27th December.

Tickets are on sale now from the Middle Child website, starting at £10 for children and going up to £16 for adults. Family tickets, for two adults and two children, are also available for £46.

Visit www.middlechildtheatre.co.uk/the-little-mermaid/ for more details and to buy tickets.