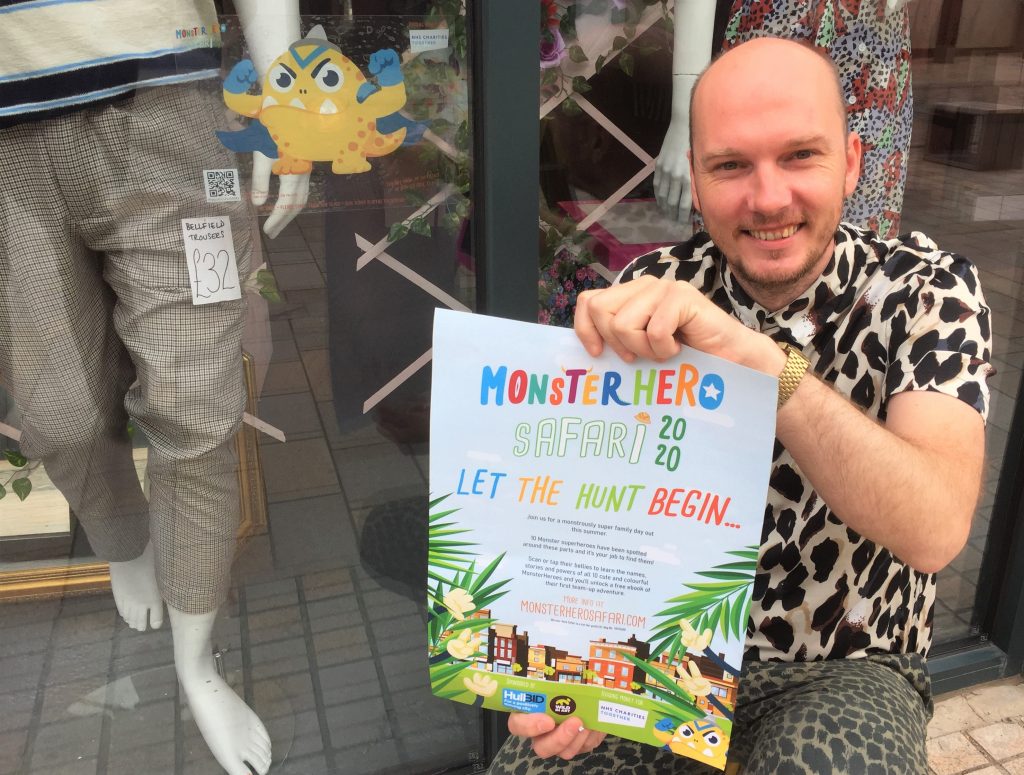 Shaun Barker-Newton at 19Point4 in Humber Street with his Monster Hero Safari posters and the Captain Hiccup sticker in the window.

You can have a monster amount of fun in Hull city centre for the next two months as shops and food outlets have joined forces to create a children’s story trail which offers a scary amount of entertainment for families and helps to raise money for NHS charities.

Monster Hero Safari, which was launched at the weekend, takes people on a tour of ten different businesses from Paragon Square to Humber Street. It will run until Friday 4 September and sets participants the challenge of tracking down the cartoon-style Monster Hero characters which appear in the window displays.

The trails have been set up in cities and towns around the country and the idea was brought to Hull by HullBID, who hope it will be a roaring success this summer, with nationwide sponsorship from Wild in Art.

Monster Hero Safari builds on the monstrous popularity of art and sculpture trails, ten years after Larkin with Toads attracted thousands of people into Hull city centre. The trail has been designed to provide a safe and healthy activity which will encourage families to return to town and city centres, bringing benefits for businesses by increasing footfall as they recover after the lockdown. 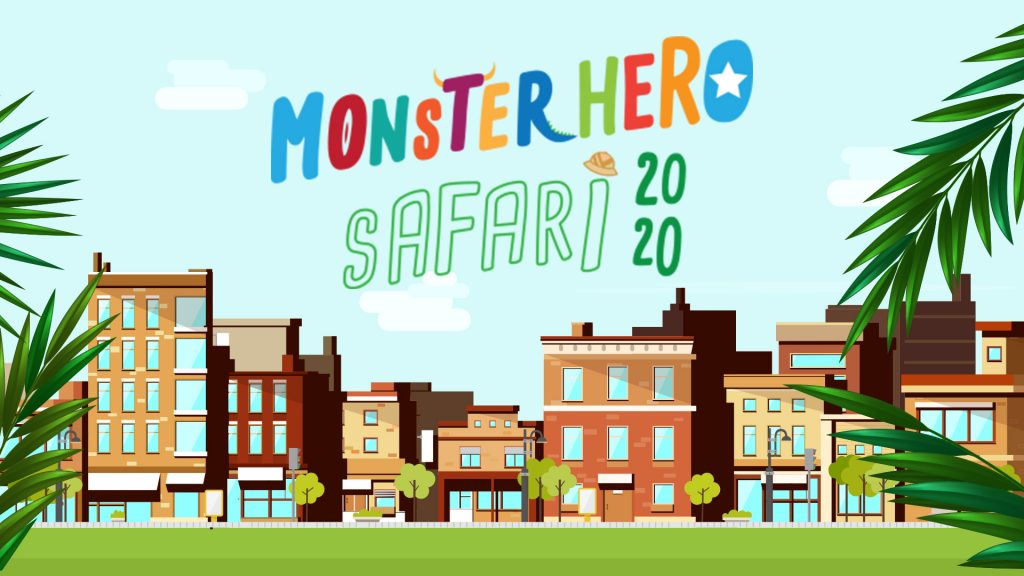 Participants use NFC technology on their mobile phones to find the name, story and superpowers of all ten Monster Heroes located around the city centre. Alternatively, they can use a QR code reader, with no need to download any additional apps. Start the trail by tapping any of the characters, which will also provide access to a map of where to find the others. The cost is only £2 per family, with players able to add a further donation for NHS Charities Together if they wish.

There is no need to download or sign up to anything frightening and once all 10 Monster Heroes are found, a free e-book will be unlocked telling the story of the characters’ first adventure as a team.

Captain Hiccup has already been unveiled at 19Point4, the women’s and men’s boutique in Humber Street, where owner Shaun Barker-Newton is looking forward to welcoming the Monster Hero hunters during his opening hours from 11am to 4pm Tuesday to Sunday.

He said: “It’s good for small businesses to have the opportunity to get involved in things like this. It’s something different for people to enjoy, it’s affordable and it will raise money for a charity which is very relevant at the moment.

“We see it as a good way to generate publicity and to let people know we are here and open for business.”

Kathryn Shillito, HullBID Executive Director, said: “Monster Hero Safari is a great way to get people back into the city centre for some safe, family fun. It’s ideal for small family groups, making it easy to observe social distancing, and it’s completely contactless.”

To learn more about the story trail please visit www.monsterherosafari.com