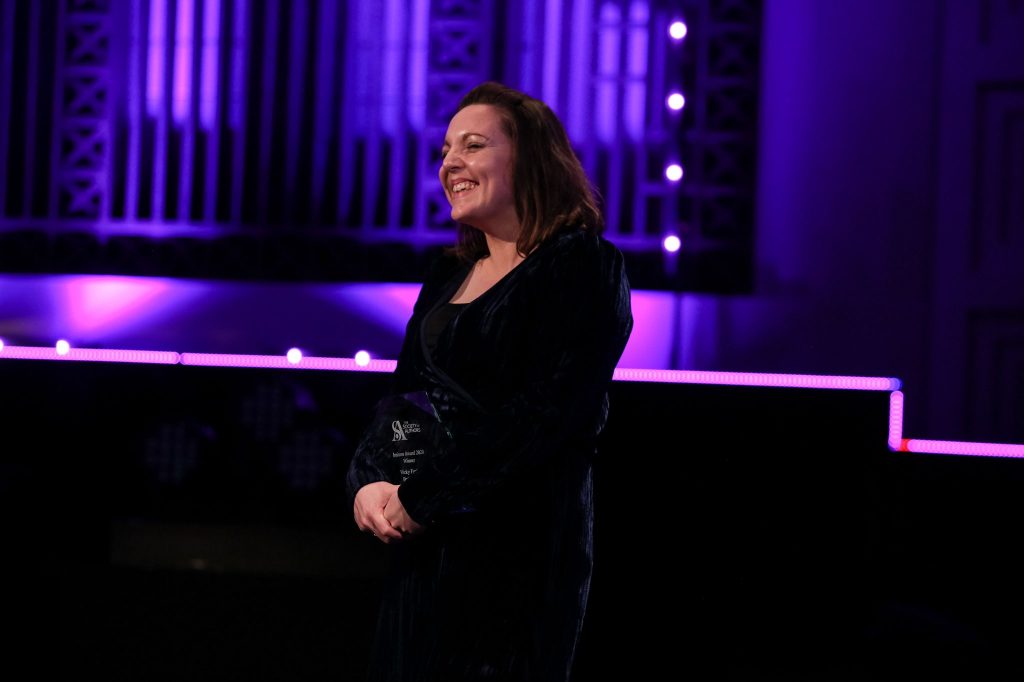 Bathwater was produced by Susan Roberts and aired on Radio 4 in 2019. The award is presented annually to an audio drama script by a writer new to the medium and which, in the opinion of the judges, is the best of those submitted.

Vicky was announced as the winner at a ceremony in the Radio Theatre at BBC Broadcasting House in London, hosted by Meera Syal. Previous winners include Adam Usden, Mike Bartlett, Gabriel Gbadamosi, Murray Gold and Nell Leyshon.  The prize was established in 1994 in memory of Richard Imison, a BBC script editor and producer.

Thank you so much again to @Soc_of_Authors & everyone who was so lovely on Sunday at #BBCAudioDramaAwards. Such a special night. And yes, I hugged my Imison Award like that all night! Total honour to have it presented by @PatriciaCumper ❤️

The BBC Audio Drama Awards – presented by the BBC together with the Society of Authors and the Writers’ Guild of Great Britain – celebrate the range, originality and cut-through quality of audio drama on air and online and give recognition to creatives working in this genre. 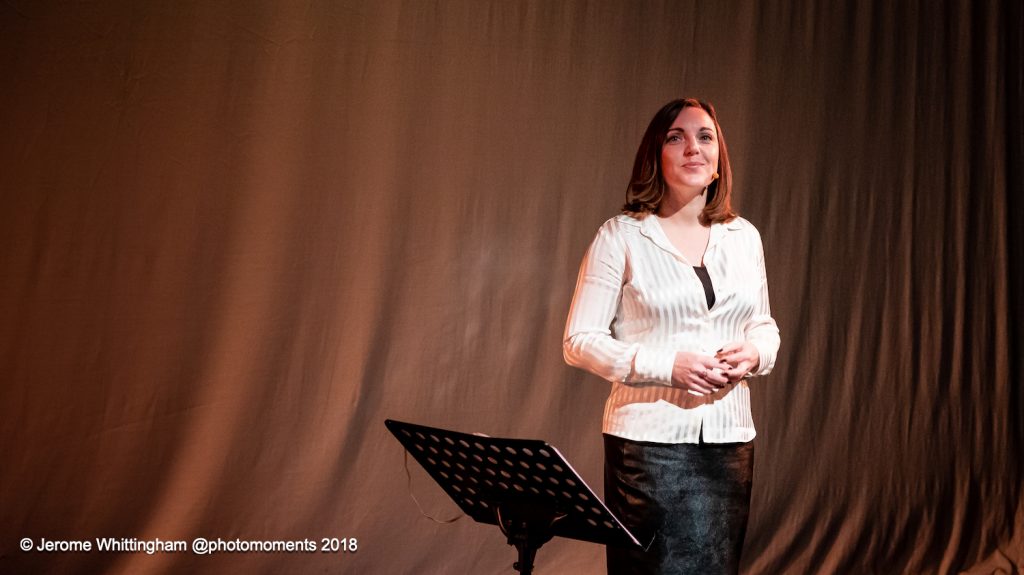 Bathwater is Vicky’s first full-length play, and is performed by herself and Finlay McGuigan with a sound score by The Broken Orchestra.  Vicky was one of the BBC’s selected poets for Contains Strong Language in 2017 and 2018. She continued her involvement with the festival, co-directed by Wrecking Ball Press, in 2019, with Fair Winds & Following Seas, jointly commissioned by CSL and Freedom Festival, and featuring on Radio 3’s The Verb with musical collaborators The Broken Orchestra.

Be the first to comment on "National accolade for local writer"