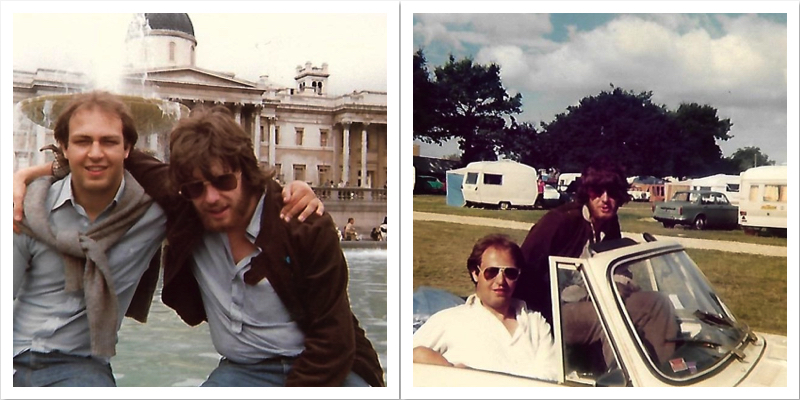 It wasn’t terror, or even mild peril, but there was a definite sense of unease as I drove further east along the M62 than I’d ventured before – and saw a sign telling me we were only 12 miles from Hull.

I’d never been there. Heard a bit about it. Some good, some bad, but nothing strong either way really. We’d only come from Donny, but we turned round at North Cave and went back.

One of the houses at school was Hull, which told me it was right up there with the other three – Leeds, Sheffield and York – as a great Yorkshire city. I’d watched Hull City on the Sunday afternoon football highlights presented by Keith Macklin and, more recently, but still years ago, Martin Tyler. And I’d seen City in the flesh once, in a League Cup defeat at Doncaster Rovers.

But my first sight of Hull itself didn’t come until about 1979, and even then I didn’t stop. Just drove right through, past Europa House, along Jameson Street and King Edward Street, left at Queen Victoria and keep going. And going. All the way to Aldbrough and my first introduction to coastal erosion.

It was a visit to an old college mate, who was then in his first job as a journalist on the Hull Daily Mail. Through Andy and his family I also went along to a little rugby league match at Wembley in May 1980. Quite an eye-opener for someone whose only previous experience of the game was a match between Doncaster and Huyton, similarly momentous but in a different way as the inspiration for the TV documentary “Another Bloody Sunday”. There’ll be more due course about all of that.

By then Andy had moved into his own place, a bedsit down Marlborough Avenue, and that summer I arrived by train with another college mate, Pete, for a proper introduction to Hull.

Andy still had some work to finish at the Mail, then in Jameson Street, so he collected us at Paragon Station late one Friday afternoon and directed us to the Masters Bar. Much the same then as it is now, and popular at the time because it opened earlier than the other city centre pubs.

After a couple of pints, by which time Andy had finished his shift, we moved along the road to the White House, a Berni Inn which was the usual watering hole after work. Then a break from the beer to dump luggage at Andy’s bedsit before the proper night out – the Queens Hotel on Queens Road, the Hull Cheese, the Manchester in Scale Lane, where five gorgeous girls clad in short black dresses and wearing red berets sat on a bench drinking halves of lager.

And then the Waterfront Club. The converted dockside warehouse which was altogether different from any club I’d visited before. Great music, lovely girls and a very tolerant owner in the ever-hospitable Irishman Francis Daly. There’ll be more due course about all of that.

Somewhere along the way we must have had food. Possibly at Yankeeburger in Jameson Street, maybe the Royal Tandoori takeaway in Princes Avenue or perhaps Arnett’s, the corner bakery in Princes Avenue which in the small hours sold breadcakes and fadges filled with beef, bacon or cheese. There’ll be more due course about all of that.

The three of us crammed into Andy’s bedsit. He had the bed, and an early start for work. Me and Pete were on the floor. The radio alarm clock woke us all with someone reporting live on BBC Radio Humberside on cabbage prices at Driffield market.

Saturday night was a party at one of those huge houses in Westbourne Avenue. I can’t remember whether we all made it home, and I have no recollection of the Sunday.

On the Monday, back at my desk in Doncaster, I typed out a letter to Bill Sneyd, Editor of the Hull Daily Mail, applying for a job on his newspaper. There’ll be more due course about all of that.

Be the first to comment on "Phil’s Forty, 1: Finding Hull"