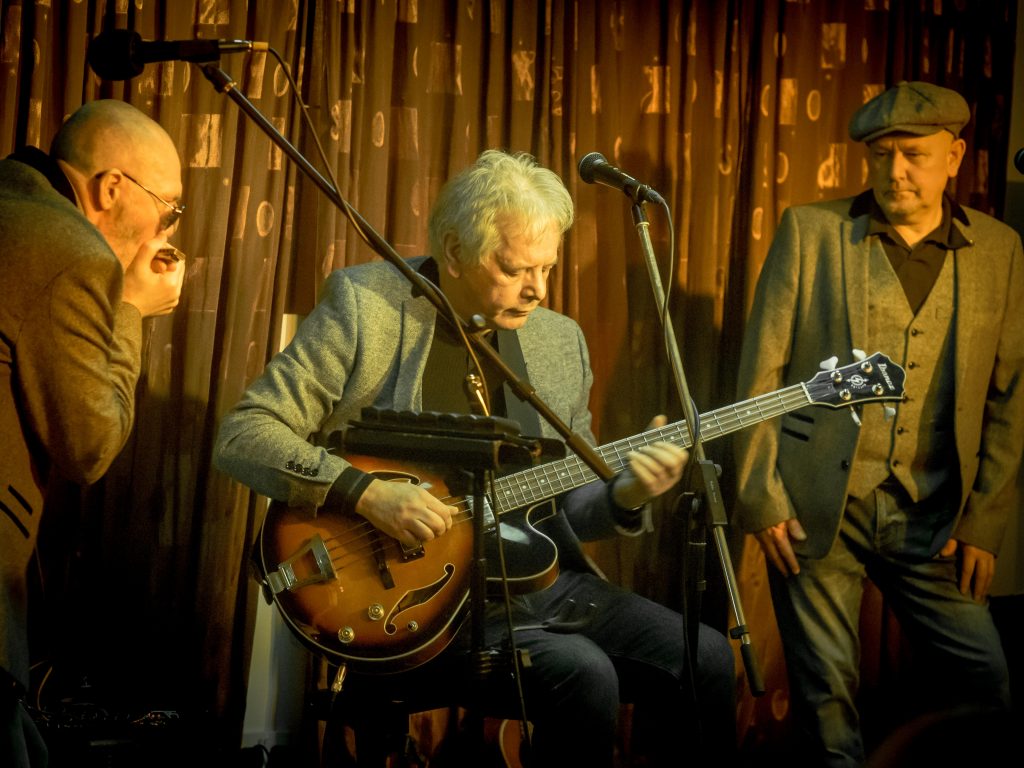 Ched (centre) with fellow members of One Scotch, One Bourbon, One Beer.

As a young journalist you’re told – or at least you should be told – to always carry a pen and a bit of paper.

I didn’t when I went to a gig a few weeks back organised to raise cash for the Stephen Hughes Foundation. It was an afternoon show, a Satdee matinee, and without wanting to diss the alliance of venues which has just been announced, it said more about Hull’s musical heritage than anything I’ve been to in the last 40 years. Within minutes of arriving, and long before the first chord was struck in anger, I borrowed a pen.

The idea had been to watch a couple of performances over a beer or two and then shuffle off for more beer while monitoring City’s away game on Twitter. But there was something remarkable about the gathering at The Back Room in Cottingham.

The host, Paul “Prof” Sutton, is in his early 70s, toured Europe playing guitar in Michael Chapman’s band and has spent much of the last couple of years battling cancer. 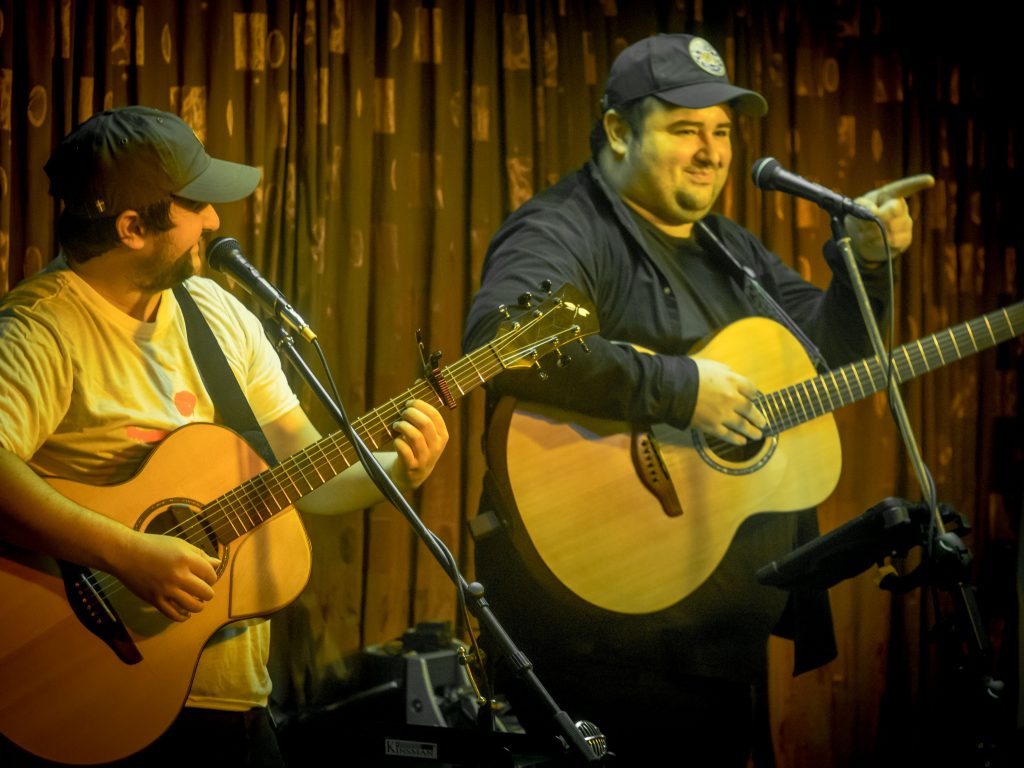 The line-up on the tiny Back Room stage featured sixty-something Ched, performing with a couple of pals as One Scotch, One Bourbon, One Beer, his contemporary MG Greaves in Lonesome Too guise, the Arkut Brothers Ben and Sam, both young yet veterans of the Cottingham Springboard Festival, Urban Rain, who I hadn’t seen before, and Work in Progress, who very few had seen before.

The audience included Lou and Rich Duffy-Howard, both with long local music pedigrees and currently best known for Loudhailer, Bobby Joyce, whose many credits include collaboration in Turn and Face the Strange, event organiser Andy Richardson, who co-produced the Front Room Masters project about Fairview Studios.

And Keith Herd, founder of Fairview and someone I met even before I came to Hull, travelling to his tiny studio in Willerby with the best of a vibrant late 70s Doncaster music scene as they recorded the demos which would catapult them to fame and fortune. Or not.

If you begged these people to all be in the same room, organised it months in advance and even offered to pay them you could be sure someone wouldn’t have been able to make it. Yet here they were, and all on top form. 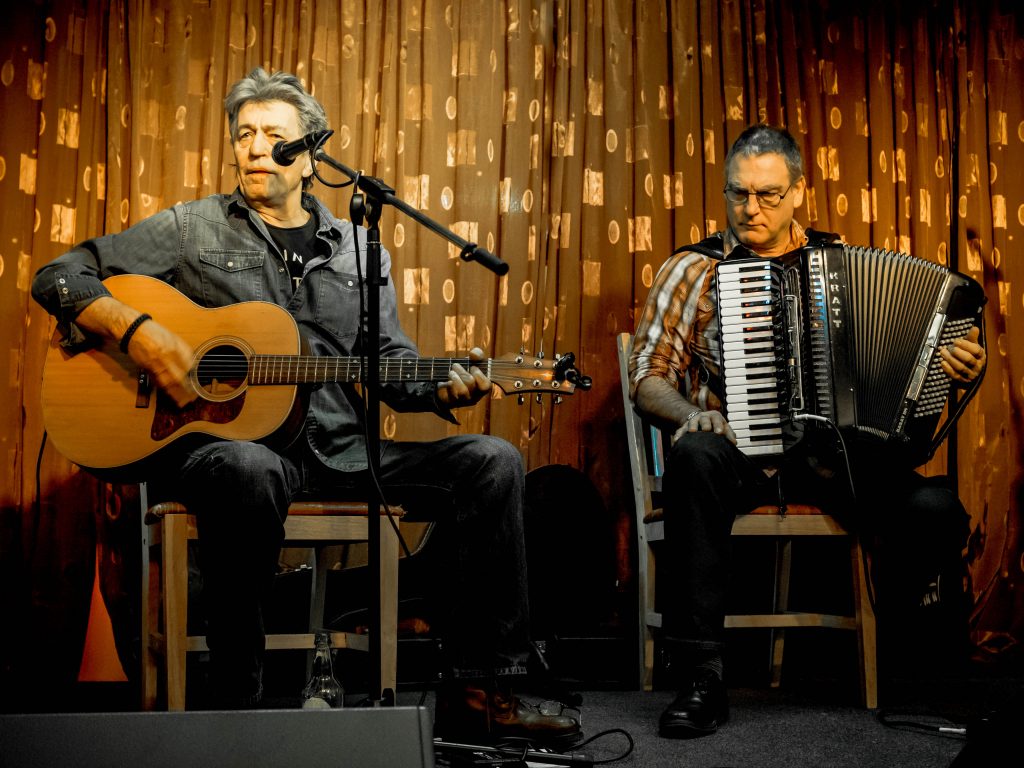 MG Greaves and the Lonesome Too.

The youngest was Dexter, 16-year-old son of Lou and Rich, responsible for some fine fiddling – as opposed to violin-playing – with a couple of guys more than three times his age in Work in Progress. The oldest was Keith, now 83 and as passionate about the music as ever.

Keith and I sat together, talking between bands of some of the performers who used to travel a long way to make their records at Fairview. Bill Nelson, famed front man of Be Bop Deluxe, still does. Later Keith pressed a couple of fingers into his left ear, not because of the volume coming from the stage but to cut out the interference from across the table where two chatting women became louder with every bottle of prosecco and were now on their third.

In recent years Prof has pulled in some superb performers from the States, Canada and Australia to a venue acclaimed for a sound quality which he usually protects with a zero tolerance approach to audience babble. I once saw him give a group of four people their tenners back, pointing to the door and saying something that sounded a bit like Frank Bough but might have been something else. They left, and order was restored. 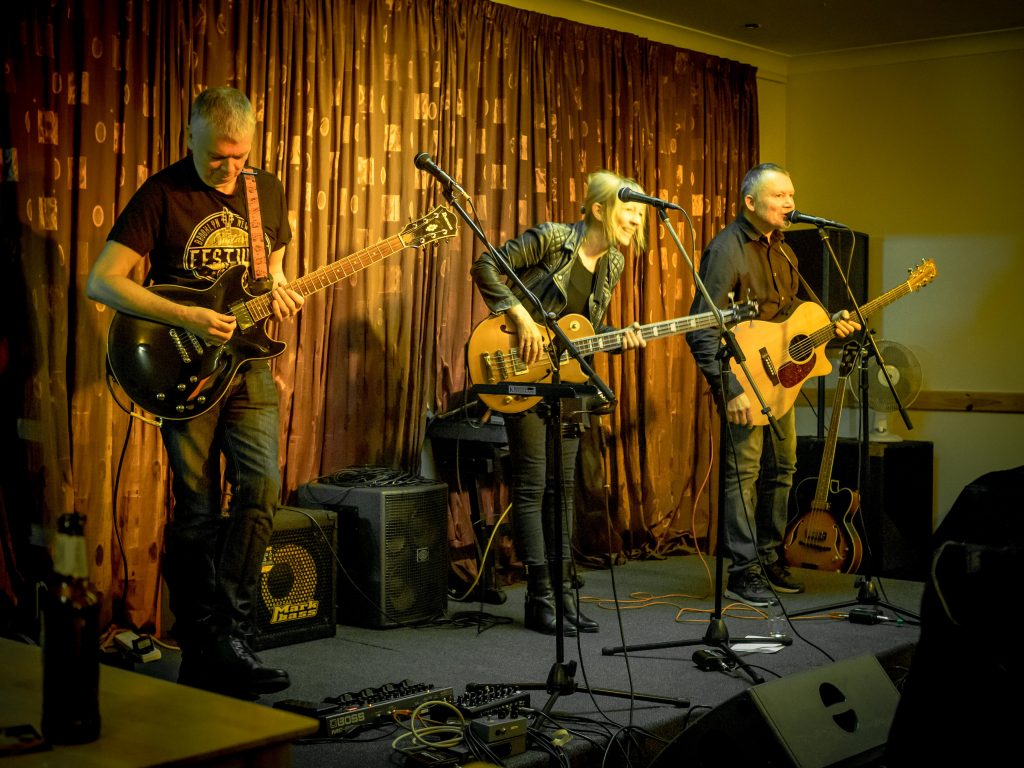 The prosecco pair were tolerated because of the nature of the occasion, the latest in a series of shows organised to support a charity which raises money for research into the diagnosis and treatment of Myocarditis and gives grants for sports and music development among children. Added to the proceeds from an electric gig the previous night at The Willows Club, this acoustic session cleared £1,200.

But for me it was all about the memories. I think the first time I saw Ched was upstairs at The Bull on Beverley Road at one of the Tuesday night Blues gigs in the 80s, the same decade that MG Greaves played snarling rock guitar when I first saw him fronting the Arctic Raiders at Bali Hai.

Ben and Sam did solo slots at Springboard maybe 10 years ago. Dexter was carrying heavy things for him mum and dad when they played the same festival. Next to my desk there’s a box of records including albums and 12-inch singles by some of Lou’s old bands, notably the Red Guitars and the Planet Wilson.

There’s also stuff by the Gargoyles, Pink Noise, Milkfloat and loads more. All of which will receive closer examination in the coming months along with other Adelphi bands – local and touring – and a Fairview retrospective. 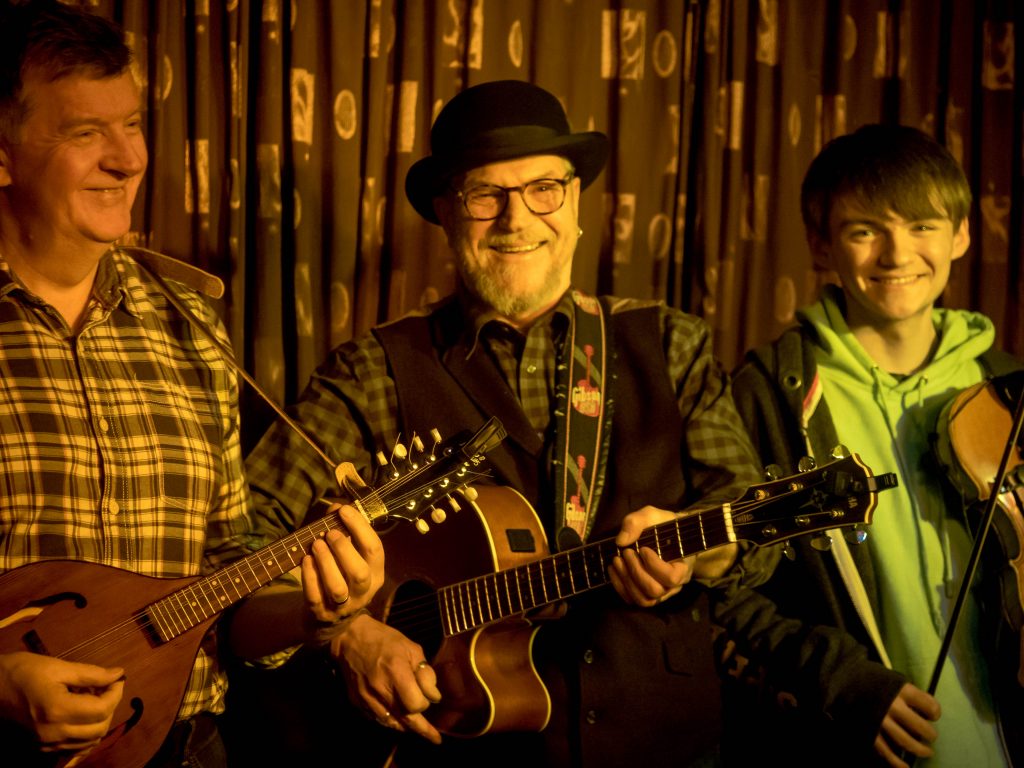 Work in Progress, with Dexter on fiddle.

Nearly forgot – Lou said to plug the gig at O’Riley’s on Friday 20 March when Loudhailer will be playing some new songs and some favourites from their albums Cursus and Morpheus. Special guest will be MG Greaves. Doors at 8pm. Tickets £7 in advance from Hull Box Office or Skiddle or a tenner on the door.

The Stephen Hughes Foundation also has plenty going on so please look them up on Facebook.