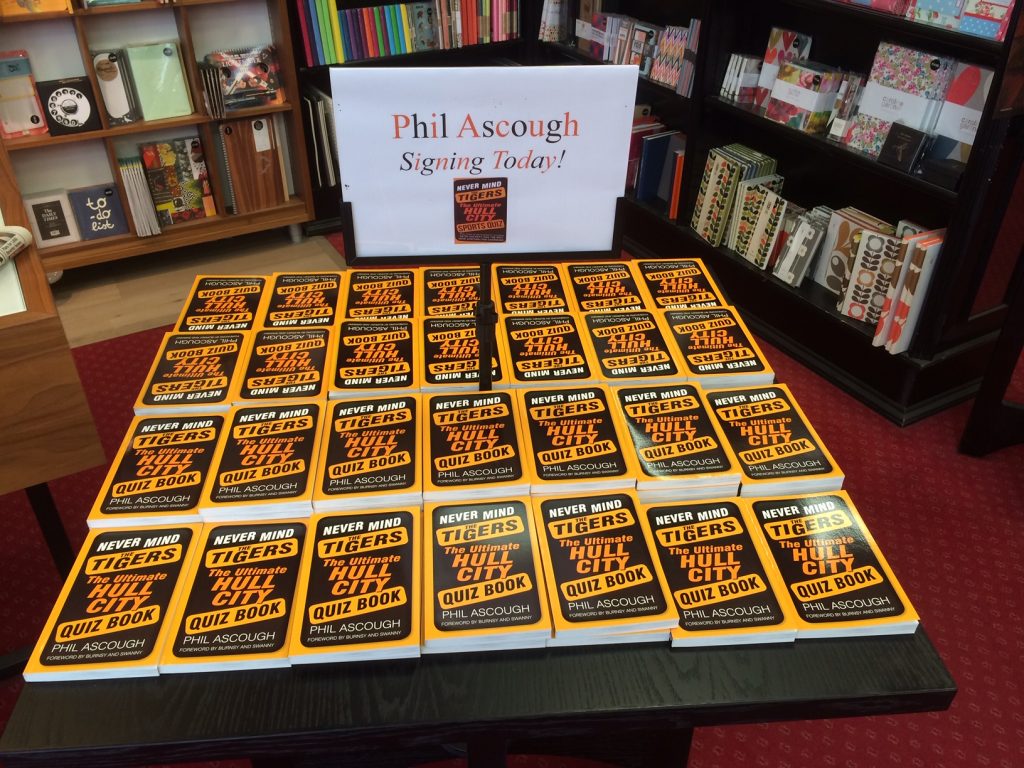 It was the first question in my Never Mind the Tigers quiz book in 2013, and the answer is still valid now.

“Which was the last team from a higher division to be knocked out of the FA Cup by Hull City?” *

The first question in the first chapter, named Cup Glory with tongue firmly in cheek because City were known for getting the cup competitions out of the way at the earliest opportunity.

But a year later things changed. City made it all the way to Wembley. Twice. And they actually won the FA Cup.

When I say “won”, I mean they won it between the 4th minute and the 71st minute. They also won a lot of friends partly because they embraced the role of gallant underdogs, and partly because there’s no such thing as neutral fans when one of the teams is Arsenal.

We’ll come back to the details, but it started to get very exciting at the quarter-final stage. This season that round was due to have been played over the weekend just gone. In 2014 it was a little earlier and, on Sunday 9 March, City despatched fellow Premier League side Sunderland 3–0 to claim a place in the semi-finals.

Diehard fans will never tire of reading that. Not many of them will have been around on the only previous occasion it happened in 1930, when City lost after a replay to… erm… Arsenal. It got even better as we headed  off to the pub, planning our Wembley weekends, and heard the draw for the semi-final. Sheffield United, a League One side who would be no match for the mighty Tigers.

“Tell me ma, me ma, to put the champagne on ice. We’re going to Wembley twice…”

Typical City. Made hard work of that one. Shocking in the first half but turned the 2–1 deficit into a 5–3 win. Should maybe have saved one of those goals for the final.

We did our homework for the first Wembley trip, about eight of us meeting for lunch and beer at the Kings Arms in Shepherd Market, just down the road from Green Park station and a train to Wembley. We didn’t do our homework when we went back for the final, and found the same pub to be a favourite haunt of Arsenal fans.

Not that they were violent. Just patronising. They hadn’t won the cup for nine years but they were confident that City would present no more of a threat than… well… than Sheffield United had against City the previous month.

Remembering that when the FA Cup Final was the biggest game of the season the TV build-up started on the Saturday morning, I began mine bright and early with the Bermondsey Beer Mile, which describes itself perfectly accurately as “an unofficial celebration of London’s finest stretch of artisanal boozers.”

It’s important to note that this is Bermondsey rather than the Sarf Bermondsey home of Millwall. The modern beer mile would appear to extend to getting on for 20 artisanal boozers. On cup final day in 2014 there were five. With the Kings Arms appointment at 1pm and kick-off at Wembley at 5, I only had time to do four. And yes, I did go back on another trip.

I can’t remember the detail and we’re running out of space but for a compact version just go and spend some time in Paragon Arcade.

Future articles might revisit this and recall the mayhem around getting tickets, the Larkin statue draped in black and amber, maybe more about the match itself, and the day the FA Cup draw came to Hull. 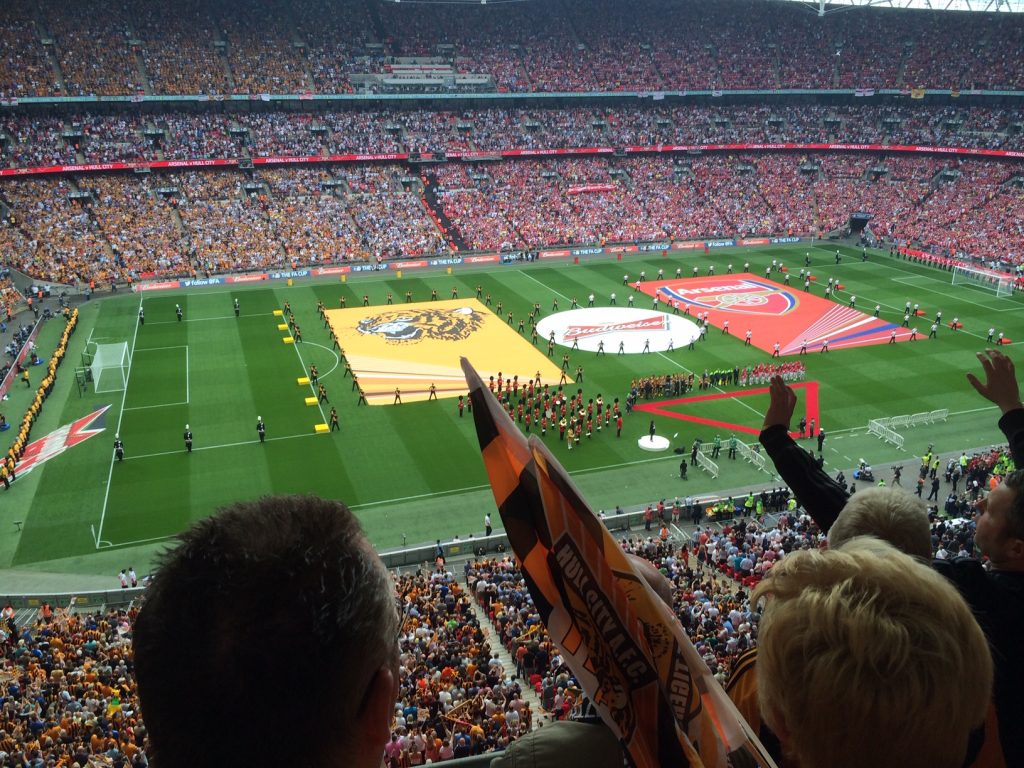 My totally biased recollection is that City scored in the 4th minute and again in the 8th  and were denied a decisive third goal when a header was blocked on the goal line. Arsenal replied with a soft free kick in the 17th minute and equalised in the 71st minute from a corner which should have been a goal kick. They scored another in extra time and when the game ended thousands of their fans were already heading home, apparently having forgotten that when you win a cup final you get presented with a cup. 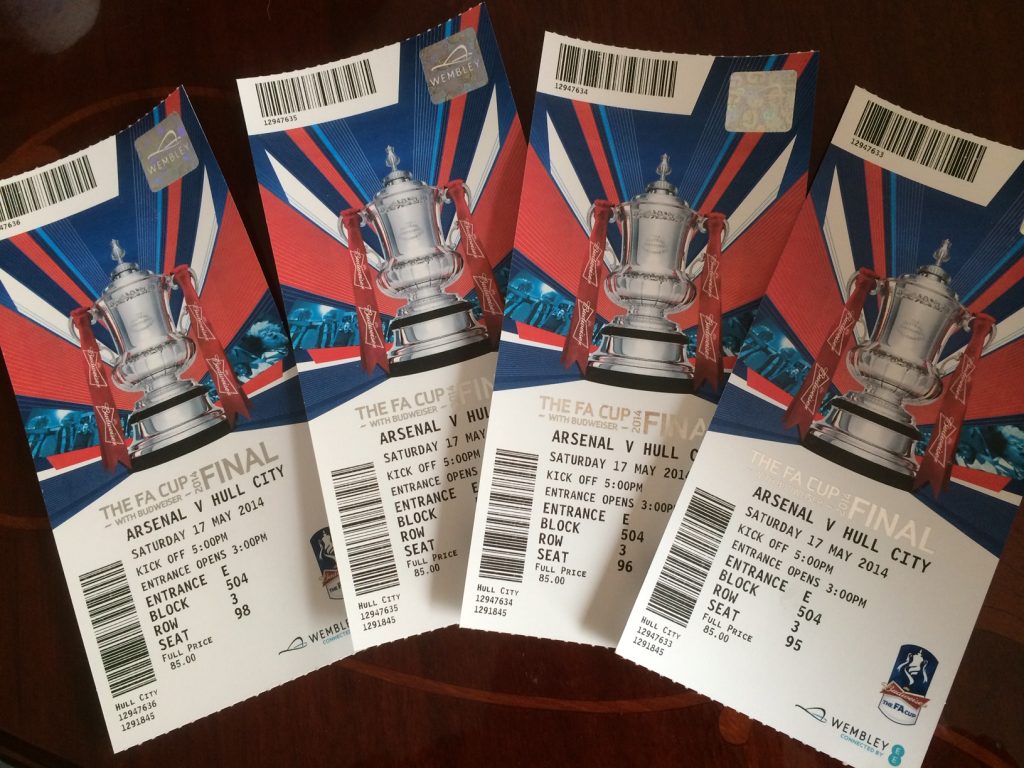 So in my mind we won, and we continued to celebrate.

The next day, as London basked in the sort of glorious sunshine worthy of the Humber Riviera, Dave Windass and I took in some of the pubs along the Thames at Rotherhithe.

We sat on the decking at the back of The Mayflower, noting the choppy waters and selecting a table next to the pub rather than perched next to the river. But not appreciating that any excessive wash from a passing boat might scurry towards the riverbank and under the decking before breaking against, and up, the pub wall. In an instant we were soaked and our glasses were full of murky Thames water. It looked a bit like North Country bitter.

A year or two later I came across this:

We will booze all through the night

We will paint the Guildhall white

And find a little man to fight

Listen to the church bells ring

And Waggy will be crowned the King

And from our street we’ll do a bunk

There, before us, shining, stand

Play us to our Happy Land

There is a Happy Land

Alan Plater, Hymn of Faith, from The Tigers Are Coming OK?

Never Mind The Tigers – The Ultimate Hull City Quiz book, is still available from The History Press, but some of the content might be a bit out of date now.

Be the first to comment on "Phil’s Forty, 6: When City won the Cup"