In one of those Sherlock moments, the BBC website has published the earth-shattering news that “many people are buying more alcohol to drink at home” as a result of the lockdown.

They’ve even included a chart showing that wine is the biggest seller, followed by spirits, with beer trailing in third place. I know some cider drinkers who will be delighted that their tipple doesn’t warrant a mention, presumably indicating that they won’t go thirsty if there’s a rush of panic-buying.

As this news report was not quite shocking the nation there was perhaps greater interest in the Hull pubs emoji quiz which has emerged as a teaser on social media. It started with emoji illustrations of 25 pubs in and around Hull and within days reappeared with 50. The sky really is the limit with this one and it could be great fun if tackled over a glass or two with friends using that Zoom thingy.

If you haven’t seen it look it up. I’m not going to reveal all the answers here partly because there are too many but also because we don’t want to spoil anybody’s fun. But to give you an idea there’s a whale emoji next to a bone emoji, and thankfully there are many which are rather more challenging.

It reminded me that I haven’t been in a pub for more than a month and it triggered exchanges on Twitter and in phone calls about how people are compensating. It’s a couple of weeks now since I discussed with the editor the best whisky deals we could find – a litre of Famous Grouse at Tesco for just £16 earned unanimous approval. Neither of us have yet tried the one about leaving a stash of booze in each room so you can have a pub crawl in the comfort and convenience of your own home, but it’s only week three.

It also prompted me to dig out the Hull Overground poster, an absolute gem of a city plan which displays the pubs of Hull in a schematic, tube-style map. There have been a few editions over the years and I’m pretty sure my dog-eared copy was from the original design, which a bit of research (it’s printed at the bottom) reveals was unveiled in 1997.

Further erm… investigation (it’s printed next to the date) reveals Hull Overground was the work of James Somerville and his company Slaphead. I don’t have a more modern version with which to compare and it’s obvious that many of the pubs from 23 years ago are long gone but it doesn’t matter.

The fun is remembering that they were there at all, and in recalling the good and bad experiences in such wonderful watering holes as the Welly on Russell Street and such hellholes as one or two other places.

The Oberon is a sad loss from the Humber Street area but the same can’t be said for Irnwrx and Tropical Knights. In Princes Dock Street Leonardo’s was the Quayside, Atik was Waterfront and Furley & Co wasn’t there at all.

The Hull Cheese was the Silvester Arms and behind Princes Quay you could find the Earl De Grey, the Royal William and the Victoria Saloon. The Providence and the White Lion – later the Gingerman – disappeared to make way for St Stephen’s.

Beverley Road now is barely recognisable without the Bull – famous for its blues nights, the Rose and the Swan. The Mainbrace, a terrific pub in the 1980s, had declined to become the Fo’c’s’le & Firkin by the time this map came out.

In the Old Town the Lion & Key was Durty Nelly’s and Fretwell’s, Wm Hawkes and Walters/Scale and Feather weren’t even a gleam in a landlord’s eye.

The map features countless estate pubs and neighbourhood locals, north, west and east, which I’ve never visited and a few which I have. If this lockdown continues much longer maybe I’ll count them all.

But right now the sun is shining, I’ve built up a thirst and although the Gardeners is closed my garden beckons. Time for a pint! 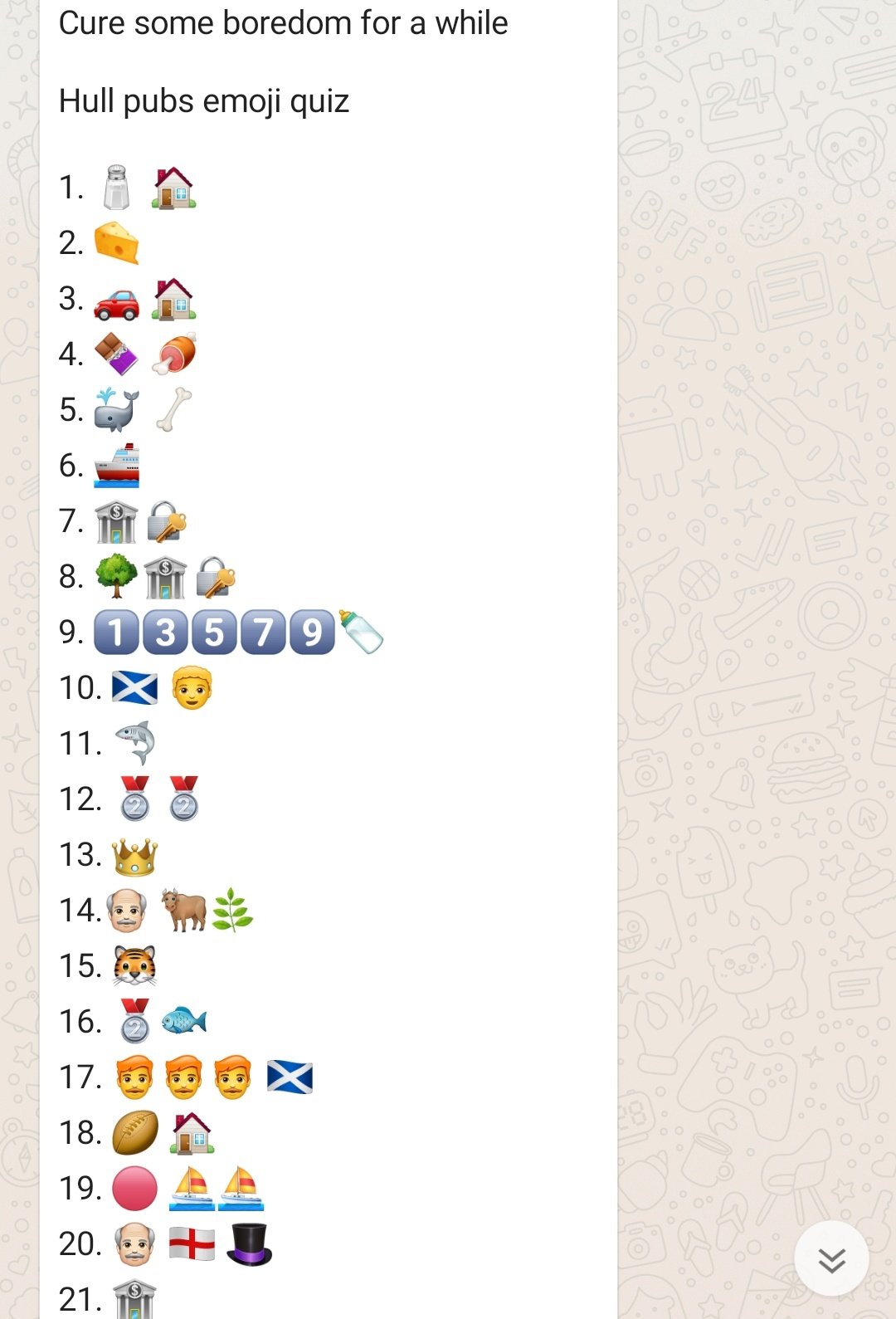 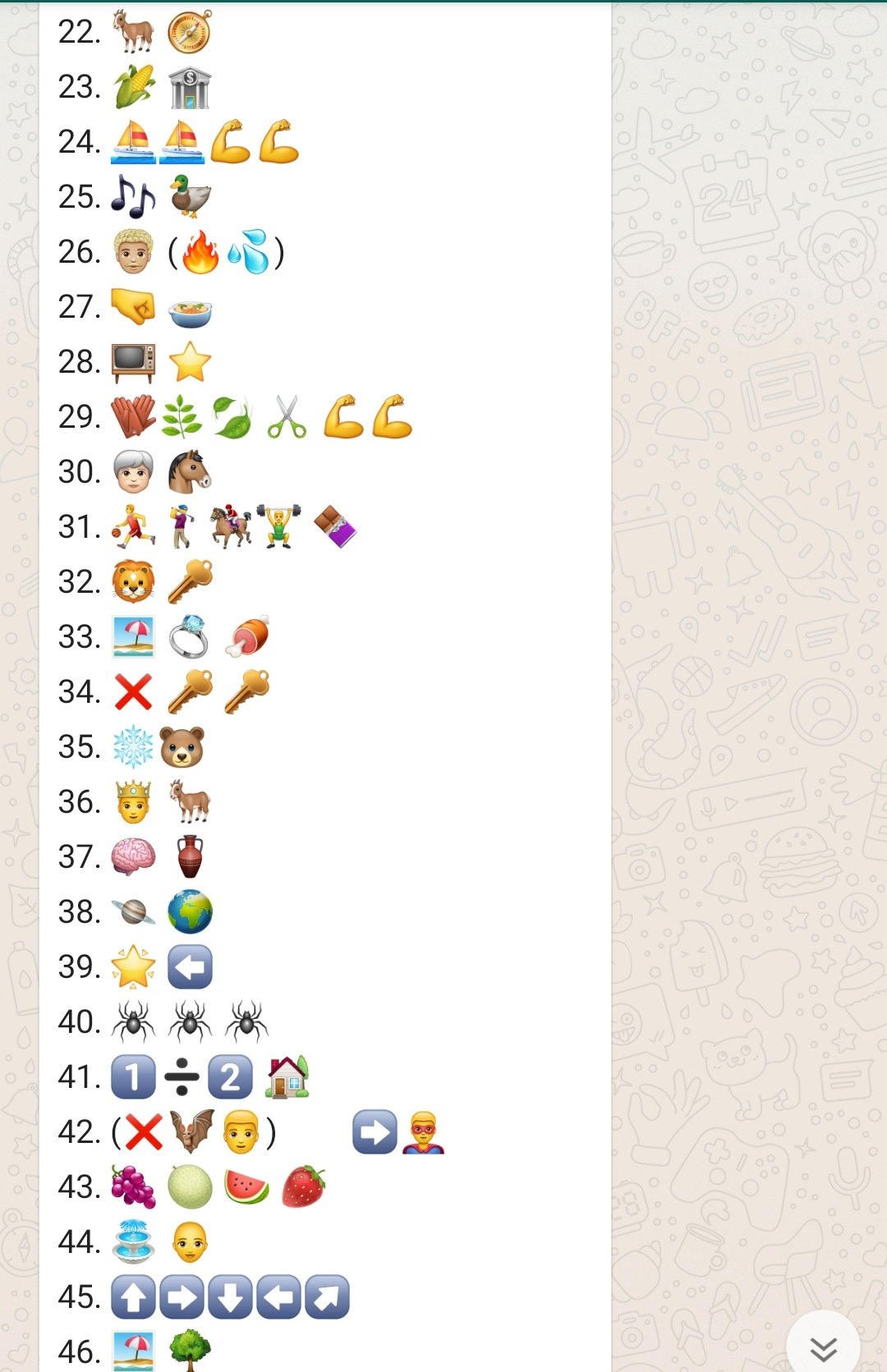 From a tweet first shared by James Piekos, original source and author of the quiz unknown – but thanks!

I'm so rubbish at this!
Can't name a single one.