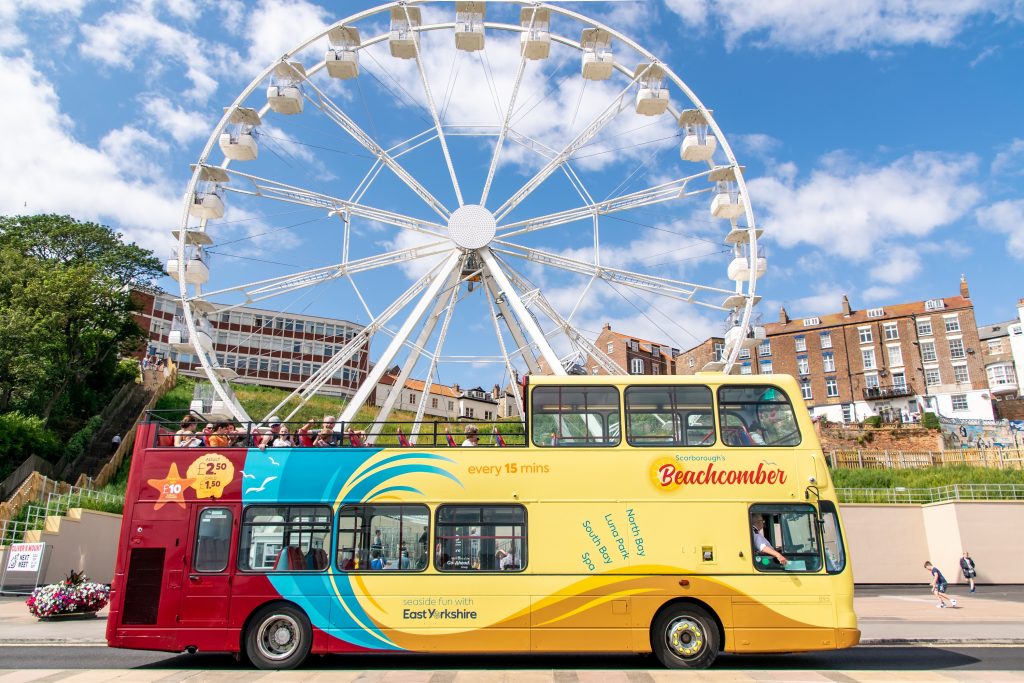 This year’s overall winner was a photograph of the company’s newly rebranded Beachcomber open top buses in Scarborough, taken by Gary Trotter.

Hull-based bus company East Yorkshire have announced the winner of their annual photographic competition, and revealed that they received a record number of entries.

Over 200 bus and coach themed photographs were submitted for the contest, which the company have been running yearly since 2013.

This year’s overall winner was a photograph of the company’s newly rebranded Beachcomber open top buses in Scarborough, taken by Gary Trotter.  The bright and colourful photograph of the bus in front of the big wheel was selected as the winner for its superb composition, and the way it captured the spirit of summer. 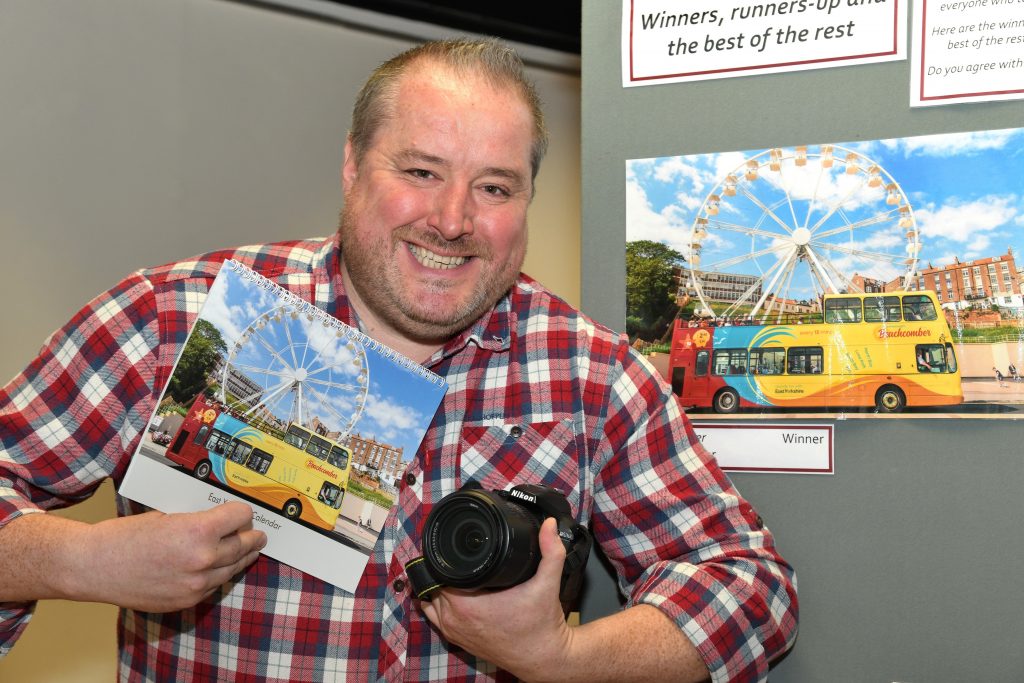 Gary was thrilled to be chosen as the winner, and explains how he managed to take the winning shot.

“I had a day trip to Scarborough in early August,” he says.  “It was such a lovely warm, sunny day and the seafront was packed with holiday makers.  The new Beachcomber branded open top buses really stood out with their bright modern livery design, so I took the opportunity to take a few photographs.

I saw the Beachcomber bus slowly approaching the big wheel and thought it would make an interesting backdrop for a photograph.  Luckily, there was a gap in traffic coming the other way, and I managed to get a shot.

The other shortlisted photographs were excellent, so I’m absolutely delighted to have had my photograph judged the overall winner.”

East Yorkshire’s Area Director Ben Gilligan was part of the competition judging panel for the first time this year, and was impressed by the quality of the entries.

“There was a really high standard of photography on display this year,” he said.  “The judges found it difficult to whittle them down to a shortlist, but in the end we were unanimous in the choice of Gary’s photo as the winner.  It instantly stood out, and the photographer’s skill and eye for a great shot shone through.”

The winning photo and the shortlisted entries feature in East Yorkshire’s 2020 calendar, which can be purchased for £10 from the company’s Travel Centres in Hull Interchange, Scarborough Rail Station and Withernsea bus depot.