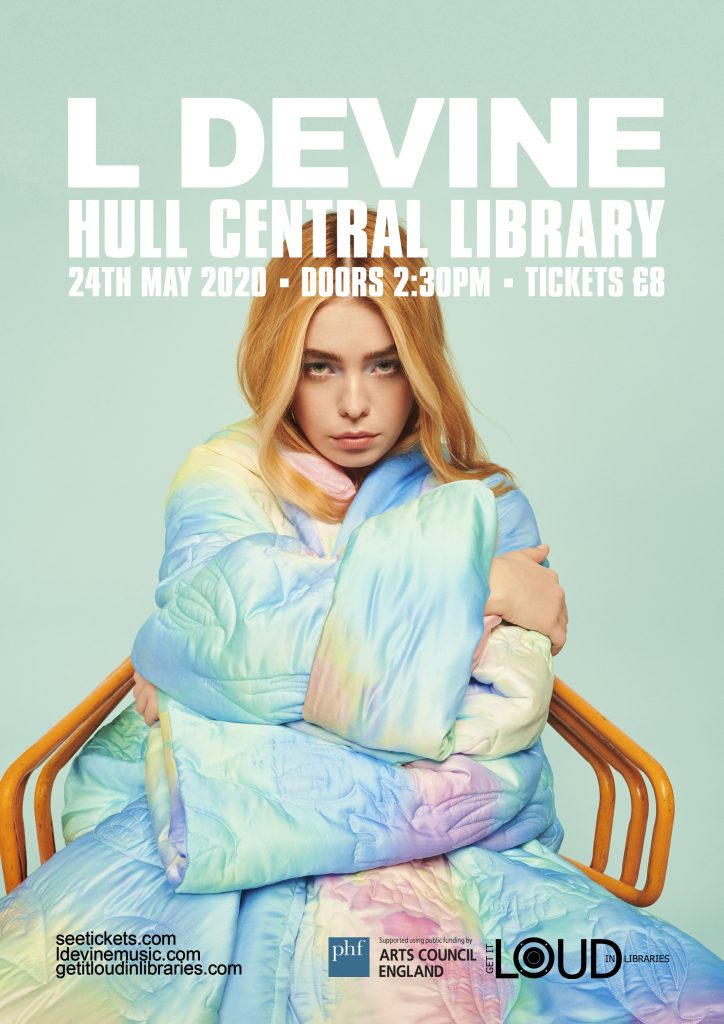 One of the country’s most exciting pop talents is coming to Hull this summer.

L Devine, whose debut EP Growing Pains received critical acclaim and earned her a spot on Annie Mac’s stage at the Great Escape Festival, will perform at Hull Central Library on Sunday 24 May.

The 21-year-old, from Whitley Bay, will be appearing in an intimate performance in Hull as part of her headline UK and European tour.

The performance is in collaboration with Get It Loud In Libraries, which has brought exciting artists to unique and intimate venues all over the country. The programme boasts a long list of  performers including Adele, Clean Bandit and The Vaccines.

Councillor Marjorie Brabazon, chair of Hull Culture and Leisure, said: “Get It Loud In Libraries has brought some incredible performances to Hull Central Library, attracting new audiences to the library and adding to its growing reputation as being an important cultural venue in the city for music, arts and drama.

“The programme continues to bring high quality, live music events to libraries in towns and cities throughout the UK and we are delighted to be a part of it.”

Her early demos were quickly picked up by labels, impressing those in the industry.

2019 saw her live profile take off, with highlights including two London dates which both sold-out in minutes, performances at Radio 1’s Big Weekend and The Great Escape, plus a large outdoor show as guest of Lewis Capaldi.

Tickets for L Devine’s gig at Hull Central Library on Sunday 24 May are on sale here.