In a quarterly release from the Office of National Statistics (ONS) today, the Humberside Police area has shown an overall year-on-year decrease in the number of recorded crimes for the first time in around five years.

The figures show that the force has seen a 3% decrease in total recorded crime (excluding fraud) for the 12 months to March 2020, before the Covid-19 lockdown period began. Humberside Police are one of 16 of the 42 forces in England and Wales to have seen a drop in recorded crime in this period.

The publication also shows an 11% decrease in the number of recorded sexual offences, which has remained relatively static nationally. Acquisitive crimes such as robbery, burglary and theft have also dropped compared to the previous year. Nationally, robbery has seen an increase, however Humberside has bucked this trend with a 14% decrease. 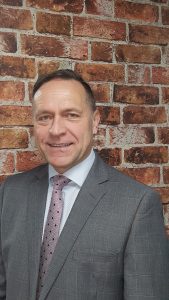 Responding to the release of the figures, Police and Crime Commissioner Keith Hunter said: “I am pleased that we are now seeing a reduction in recorded crime to supplement all the excellent reports the force has been receiving about its organisational turnaround, increases in morale and well-being of its staff and recent improvements in the confidence of our communities in the force.

“Since I took office and we undertook a wholesale change in direction for Humberside Police I have been keen to ensure that under the leadership of the Chief Constable the force did the right things to build for the future. I knew that if we could increase the numbers of officers, build rapport with the public and consistently do the right things we would eventually start to see crime and anti-social behaviour come down. Recently, as more of those additional 500 officers have become trained and able to be utilised we have seen the huge impact they can have through Operation Galaxy, which has recorded over 750 arrests, charged over 200 people with crimes and seized weapons and millions of pounds worth of drugs.

“I want to see that pressure on criminals continue as we continue to build a police force that is recognised as being outstanding. There remains much more to do and we are planning for the next stages of improvement but this is a real sign that what we have done is really paying dividends.”

[David Hudson – Office of the Police and Crime Commissioner]