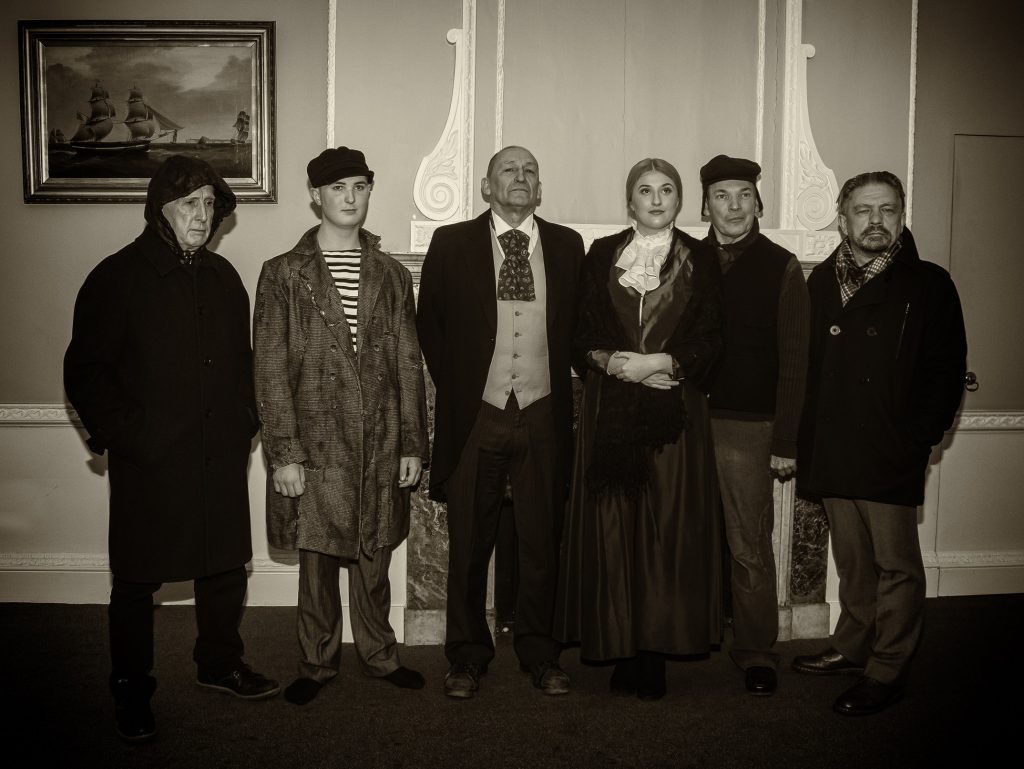 The Last Leviathans, by Theatre on the Edge, will play in the city’s primary schools later this year. Photo: Spinney Photography.

A Hull-based theatre company is to create an immersive maritime-themed performance to be performed in local primary schools.

Theatre on the Edge, which aims to produce quality theatre with new and original work, has been commissioned by Hull City Council as part of the forthcoming Hull: Yorkshire’s Maritime City primary schools outreach programme.

Based on a significant event in Hull’s maritime history, The Last Leviathans will tell the story of the last voyage to the Arctic of the whaling ship The Diana of Hull. The play is based on the voyage diaries of ship’s surgeon, Charles Edward Smith (1866-67).

Period music and costume, dance, sea shanties, sound effects, projections as well as drama, physical theatre and comedy will be used to tell this incredible story and make the experience educational, entertaining and engaging for pupils.

Under the command of Captain Gravill, the Diana set sail for the Arctic in 1866. The crew of fifty-one men looked forward to returning to Hull with plenty of whale oil in order to make a rich profit. However, this was not to be, due to bad weather the crew found themselves marooned in the ice in Baffin Bay. The men were forced to exist on starvation rations and they suffered from scurvy and frostbite.

After fourteen months of extreme hardship, they managed to break free and the battered Diana eventually sailed into Hull on April 26, 1867. Thirteen members of the crew perished during the voyage, including Captain Gravill. 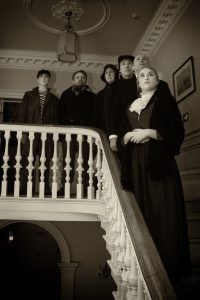 The cast of The Last Leviathans, Theatre on the Edge. Photo: Spinney Photography.

Councillor Daren Hale, Portfolio Holder for Economic Investment, Regeneration, Planning, Land and Property, said: “We’re delighted to be working with Theatre on the Edge. Their production will tell the real story of such a moving and harrowing event in Hull’s maritime past and it’s important it’s performed in such a powerful and engaging way.”

Theatre on the Edge’s Artistic Director, Barrie Wheatley, was inspired to write the script when he tracked down a copy of Smith’s book after seeing a page from the original diary displayed in Hull’s Maritime Museum.

Impressed by the surgeon’s highly descriptive language which brought the adventures and misfortunes of The Diana of Hull to life, Barrie Wheatly, said: “The more research I did the more the story gripped me. The crew were stranded in the Arctic for fourteen months with no contact with anyone else.

“They had to chop up parts of the ship for fuel to cook what little food they had.

“For Theatre on the Edge, The Last Leviathans is a reminder of Hull’s maritime heritage, as well as being a tale of true grit. Theatre on the Edge are pleased to work with Hull City Council as part of Hull: Yorkshire’s Maritime City schools outreach programme and are excited to be able to bring the amazing story of The Diana of Hull to Hull’s young people.”

The play will be performed in Hull schools between April and October.

For more information on the Hull Maritime project visit hullmaritime.co.uk