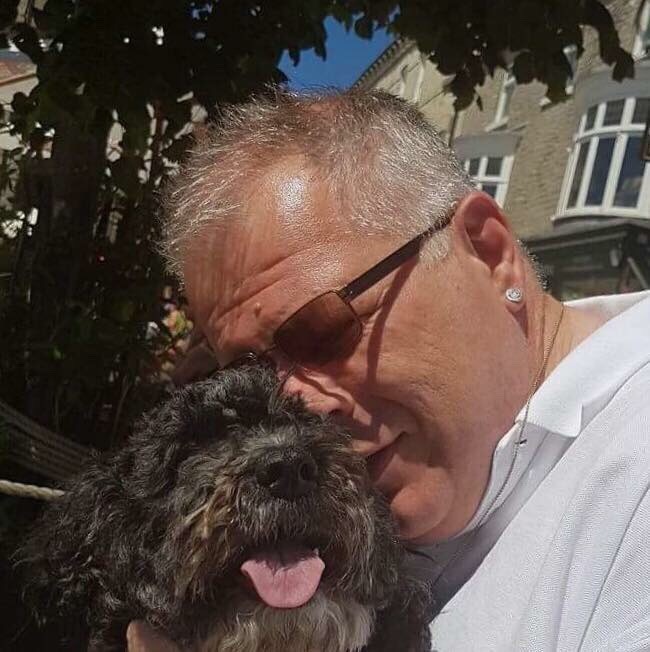 In the latest of our lunchtime interview series, Phil is joined by Charles Cracknell to chat about risk, responsibility, and refreshing approaches in youth enterprise. With thanks to 1884 Wine & Tapas for continuing to host and resource these interviews.

Most of the discussion is about young people. The two blokes at table 6 are joined by a 20-year-old journalism student and we’re all talking about the challenges facing the younger generation looking to enter the world of work.

Megan Jaram is spending a week shadowing me to find out about real-life media, PR and marketing. This week Charles Cracknell is part of that real life. He’s just won a national award primarily for his work with Youth Enterprise and JCYEB and he’s well chuffed – but not for himself.

“I feel very lucky that a lot of what I call normal people in the street who I have known for donkeys’ years should realise I would use it in the best interests of what I do. They supported me.

“It doesn’t mean a great deal to me personally but it means a great deal in terms of getting more recognition and more support for what I do and the people I work with.

“I was in a daze. I didn’t think I would win. I was thinking how I could use it and that it would irritate an awful lot of people and I don’t care. It’s about what I can do to get more mentors and more support for the Youth Bank.”

The award is for Public Servant of the Year and the fact that it’s given by The Guardian makes it a big deal. The “Youth Bank” is the John Cracknell Youth Enterprise Bank, just one of the ventures in which Charles is involved as Youth Enterprise Manager for Hull City Council, supported by local businesses including KCOM, RB and Golding Computer Services.

Another is Making Changes for Careers, or MC4C, which triggers a brief chat about a football team in Manchester capable of generating millions upon millions to fund youth enterprise just by selling a centre forward, but that’s another issue.

Many people in the Hull area will be aware of some of the high profile success stories which have come through the Youth Enterprise set-up such as Katie Norman’s Lab Rascals, Thomas Arran’s professional photography services and more recently vegan chef Lucy Musgrave who, at 15, got her first business qualification even before she sat her mock GCSEs. And Tree Fellas, a fantastic business set up by a couple who met in a residential care home.

Family is foremost. Katie is the partner of Charles’s son Ben and their child due in February will be a second grandchild, daughter Jade having produced Emily recently. The Bank is named after Charles’s late father, an accountant who inspired an ethos of enterprise and hard work.

The young entrepreneurs are another family. They come from a variety of backgrounds, some very challenging. Megan, meeting Charles for the first time, is from Kirk Ella, a different world again. She’s nearing the end of her studies at the University of Northumbria and has plenty of her own questions about how lack of opportunity can unite many young people.

“Some people who are privileged don’t realise how privileged they are.”

Also quite a few things to say about food as we respect Megan’s vegetarian preferences on the extensive menu at our hosts, 1884 Wine & Tapas Bar. King prawns in a sambuca batter, calamar, Manchego and cranberry rice balls, lovely long carrots and parsnips roasted in honey and finished with toasted walnuts, mushrooms in a brandy and paprika cream sauce, triple-cooked baby potatoes in rosemary, garlic and thyme with aioli. Of course we cheated – Charles and I shared an order of meatballs. It was all delicious, plenty even for three and not at all typical of a student diet nor an Ascough Associates lunchtime unless I’m doing one of these interviews.

It was also easy to digress before we drag things back to Megan’s main questions of jobs, experience, privilege, and Charles considers some of the obstacles facing young people.

“I don’t think it’s laziness. It’s just that they are frightened of taking the risk. The pressures on younger people are different from the pressure in my day. Everybody wants to see success so if a young person isn’t successful in their personal life or family or in terms of education people have a tendency to turn away from them.

“Sadly there’s a feeling that young people will not succeed in enterprise because the modern way business is done is completely beyond the understanding of a lot of traditional firms.

“Normally you have a business plan, you have an idea, you always have a network and off you go selling. Young people might have an idea but not a network so our job is to make sure they get one.

“A lot have been given the confidence to turn their hobby into their business which is not something that’s normal. It’s a completely different environment. They might not be as valued as some of the mainstream medium and small businesses, but if they are not making their own money they become a responsibility for others – the state or parents or other people.”

Note the reference to “responsibility” rather than “burden”, and we move on to talk about ability rather than disability and the revelation that some people sometimes find Charles difficult, even annoying, but that’s down to his dyspraxia.

“I can think about what to say next and not realise I have already said it and sometimes people think I’m talking over them. I think everybody has a different ability. Whether it’s a young lad we raised money for who has Duchenne, they have abilities because they have to find things in a different way.

“Someone who is in a wheelchair has a different ability but people like to pigeonhole other people. Old people are doddery and young people don’t have a commitment to anything. It’s just nonsense.”

The fear of his dyspraxia and dyslexia was one factor which prompted Charles to turn down a trainee legal executive role after graduating in Winchester in 1982. His future instead was as a Labour councillor with Humberside and Hull authorities, and his passion for helping young people was kindled in the role of Vice Chair of education and fuelled by running a regeneration project on Orchard Park and then operating his own consultancy.

Another factor was his love of Hull, so we digress again and talk about Hull is This.

“I came across it on Twitter. I was sceptical at first, wondering who was behind it. I started following it and looking at its stories. Seeing stories that I thought should be in the mainstream media because I thought they were good stories. They started using stories about young enterprise and that was it – I was hooked. I followed it from a distance, liked what I saw and was sold on it.”

And then it’s time to go, with two regrets. One that the chat was over too soon and the other that it’s only the second day of December – notable to Charles as his Dad’s birthday – and even before the food arrived we heard Fairytale of New York by The Pogues.