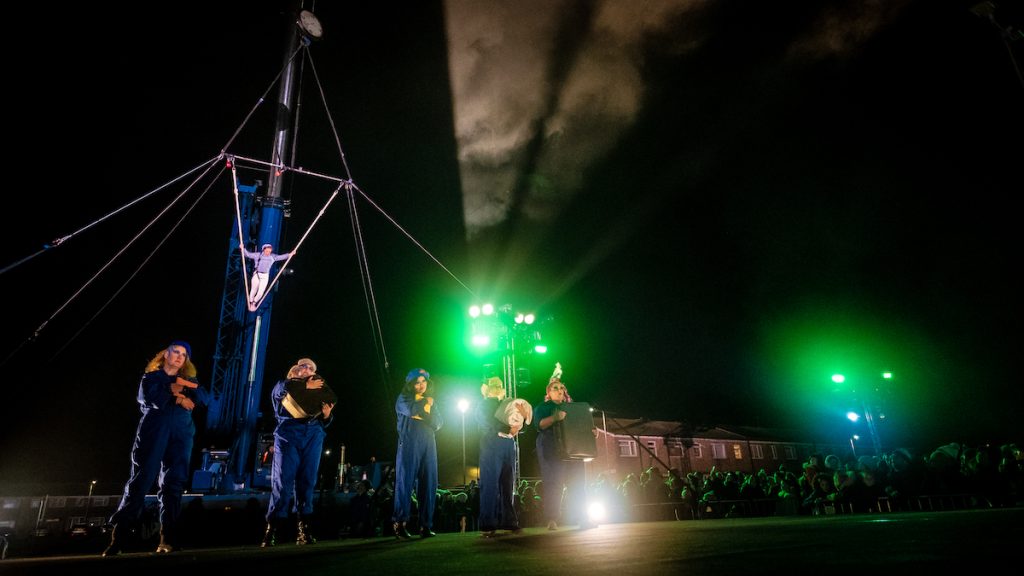 Annabel Carberry, director and performer, Lost in Translation Circus – swinging high above Back to Ours’ community cast during Back to Bransholme, 2019. Photo: Jerome Whittingham @photomoments

It’s one of my earliest memories, the circus coming to town. The acrobats, clowns, and colourful wagons processing through the streets on the way to the show ground. The Big Top appearing on the field at the end of my grandparents’ street. Even playing in the sawdust after the circus ring has rolled out of town too. There’s a magic about circus that stays with you as you grow older, not grow up.

“This is what circus is, it’s a circle, and inside the circle can be a lot of different things,” said Massi.

Massimiliano Rossetti, or Massi, and Annabel Carberry are founders of Lost in Translation Circus. You may have experienced something of the magic of their circus in Hull already. They brought their show Hotel Paradiso to the city in February 2018, and last year partnered with Back to Ours to help deliver Back to Bransholme.

The seeds of Lost in Translation Circus were sown when Massi and Annabel were still at university. Originally, it was just the two of them, performing as a duo. Then in 2011, having made a few friends, Massi and Annabel decided to scale-up the offering and take a show on the road.

Their first tour was around the north of France, in an overloaded car, pulling a trailer. They performed around 30 shows over one crazy summer, gathering even more performing friends as they went.

“It became like a snowball, started rolling, and became bigger and bigger. We eventually had a show at Windsor Castle – we were on the garden of the Queen! We made loads of connections, and made a lot of work for people too,” said Massi. 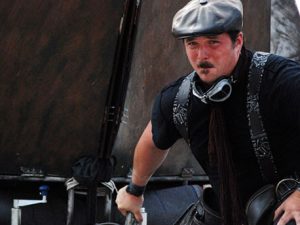 “We need the complicity on the stage, it creates a structure and foundation which is very strong.

External relationships, with other organisations such as Back to Ours, are important too.

“With Back to Ours, we clicked. We agree that culture has to be created to be accessible to everybody, from putting a smile on audiences’ faces, to helping them to forget their problems, to creating an impact that might change someone’s life – because they see a show and have a different perspective that they didn’t think about before,” he said.

“Arts and culture have a place in this world because they affect the lives of people. We need not to forget that. That’s why we like to partner up with people that share the same vision.

“We fight the same battles, and work towards the same goals. We connect on a very deep level, not just the surfaces,” said Massi. 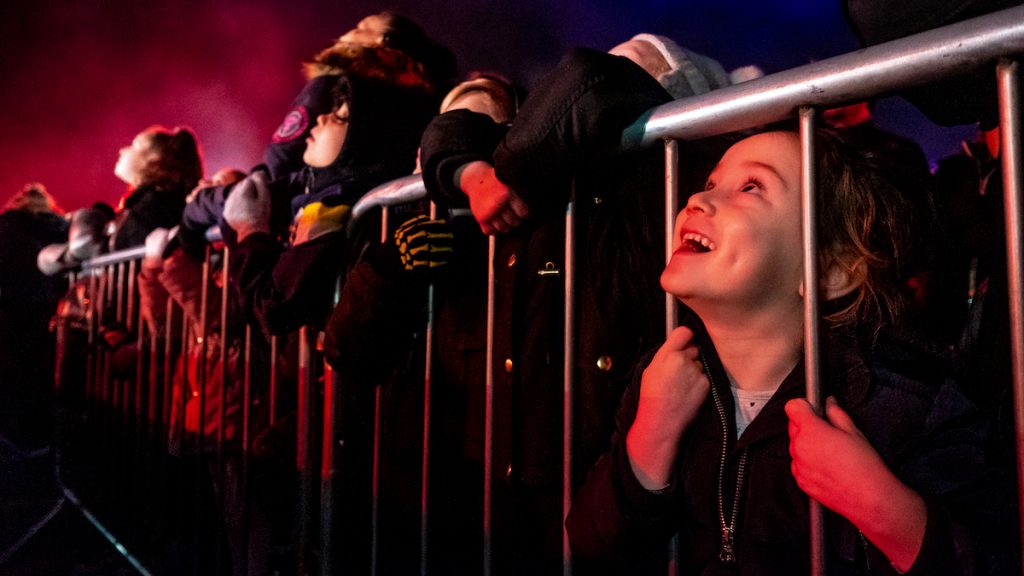 The audience enthralled by Lost in Translation Circus at Back to Bransholme, produced by Back to Ours, 2019. Photo: Jerome Whittingham @photomoments

Massi, Annabel, and some of their friends, are going to be sharing more thoughts about circus during their ‘takeover’ of Back to Ours facebook account on Friday – and they have a lot to share!

“We are coming there guys!” exclaimed Massi. “We want to create circus in Hull. We want to be part of the world of Back to Ours.”

Lost in Translation will be sharing what they’ve been up to over the last couple of years, revealing aspects of their story that have not been shared before. They’ll be inviting you to ask questions, to give feedback, and to tell them what you want for the future as they continue to develop and produce work with Back to Ours.

“More, and bigger, and better culture can be made and brought to the city,” said Massi, excitedly.

Are Lost in Translation and Back to Ours really encouraging people to run away to the circus?

He continued: “Well, it’s up to them. Circus gives you boundaries, but at the same time it’s flexible and inclusive. It makes you understand the world in a different way. You try always to be generous with your thoughts. On the other hand, you need to create rules, because anarchy doesn’t work, in the circus anarchy doesn’t work at all. It’s a perfect balance, to be honest, for a human being.

“So, if emotionally people want to escape to the circus, I’m very happy. But if they want to run away physically to the circus, even better! There’s a place for everybody.”

What a tempting invitation. 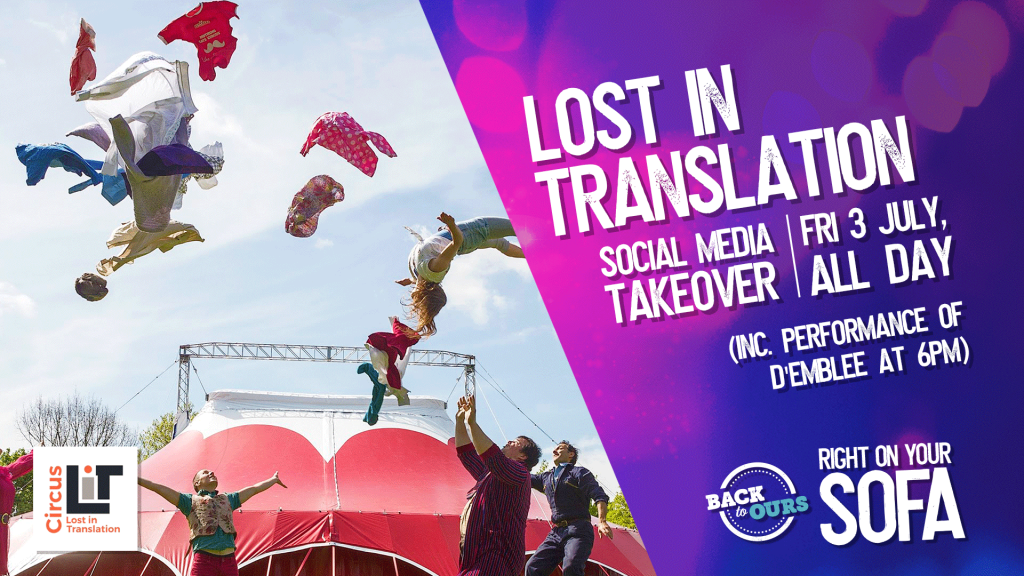 Lost in Translation, Back to Ours takeover.