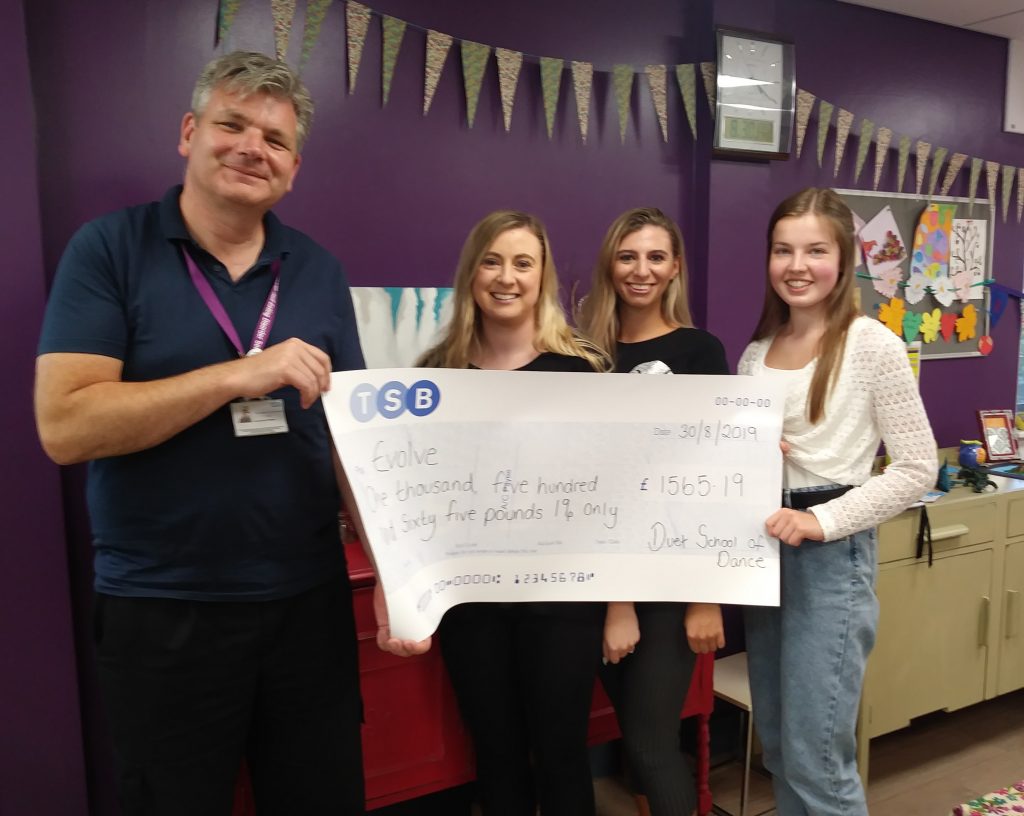 Charley Ellis has been raising funds for Evolve, an eating disorder support service.

A fantastic £1559 has been raised by Charley Ellis, aged 19, for equipment and art and craft materials for Evolve Hull Community Eating Disorder Service, run by City Health Care Partnership CIC.

Charley first went to Evolve on 31 May 2018 and attended the day service for five months to help her recover from anorexia.

“I was on course for hospital and without Evolve I would definitely have been an inpatient,” she said.

“I’m still recovering but I’m much better than I was last year. I had a lot of one-to-one sessions with Debi and they weren’t all about food, they were based around me as well.

“When I could separate the eating disorder from ‘me’ I felt I could give something back and I did a sponsored walk with my dad in the Lakes. It was supposed to be 10 miles but we got lost so it ended up being a lot more!”

Emily from Duet School of Dance explains how the fundraising came about: “Charley’s always danced at Duet. Me and Amy took over last year and Charley wasn’t able to do the dance show because she was too poorly, but this year she was so much better she played one of the lead roles. This decided us that all the money from the raffles and sales from the after-show party should go to Evolve. There are so many generous parents and they baked loads of cakes and buns.

“We raised £1565.36 and Charley made a list of what the money should be spent on: baking materials, headphones, a TV, a laptop, a Nintendo and games, a radio and arts and crafts materials.”

Lots of activities take place at Evolve, but day patients spend all day at the service and Charley felt they would appreciate more opportunities to occupy themselves. “I thought a laptop and games would stop people just sitting and waiting for each meal and I loved the arts and crafts activities when I was at Evolve, so I wanted to buy more materials for those,” she explains.

“Anorexia is a lot about triggers and how it starts,” says Christina Taylor, service manager at Evolve. “No two treatments are the same, they’re tailored to the person and people using the service have input into their treatment plan. We teach them tools to identify triggers and what to do when that happens.

“Evolve now has a psychologist and a psychiatrist and we can monitor people’s physical health on site, which makes the service much smoother. We also have a mini-bus so we can go on therapeutic excursions; we’re planning lots of visits and social eating activities.

“And we’ve made it possible for people to refer themselves into Evolve; you can phone 01482 344083, email CHCP.evolveeatingdisorders@nhs.net or text EVOLVE to 61825. You GP can also refer you into the service.”