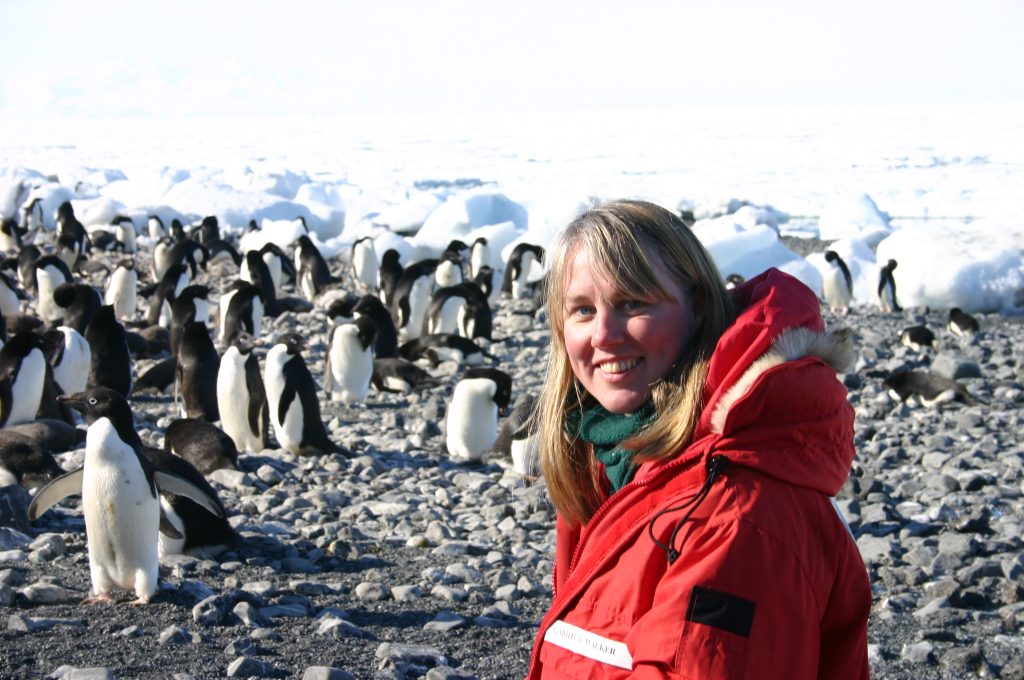 Climate expert Dr Gabrielle Walker has made more than a dozen visits to both poles. Now she is coming to the Humber to talk about how the region can be a world leader in tackling the climate crisis.

The Humber can show the world the way in tackling the climate crisis and seize “the investment opportunity of the 21st century”, according to an international expert coming to the region for a flagship event.

Dr Gabrielle Walker has made many television appearances for the BBC, ITV, Channel 4 and Sky, presenting climate documentaries including “The Secret Life of Ice” for BBC Four and “Planet Earth Under Threat” for BBC Radio 4, and has dived on the Great Barrier Reef with David Attenborough.

She has also advised governments and humanitarian leaders and shared her knowledge through articles, presentations and interviews across the world.

Dr Walker will be the keynote speaker for a major debate at The Waterline Summit, a ground-breaking event uniting the Humber behind the fight against climate change and positioning the region at the forefront of the transition to a zero-carbon economy.

Led by Marketing Humber, the organisation that promotes the region on the national and international stage, The Waterline Summit is the first event of its kind in the region and is being held at Hull’s Bonus Arena on November 28. 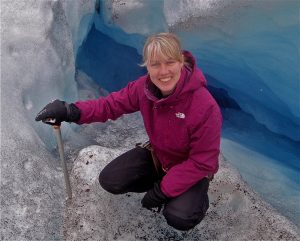 Dr Gabrielle Walker, who has presented climate documentaries, including “The Secret Life of Ice” for BBC Four, will be the keynote speaker at the ground-breaking Waterline Summit at Hull’s Bonus Arena on November 28.

Dr Walker said the summit would equip attendees with the knowledge and inspiration to play their part in making a difference now.

She said: “Climate change is already with us and is extremely serious. This is a crisis and has become an emergency. None of us are moving fast enough and we really have to accelerate action.

“It’s wonderful the Humber is acting instead of waiting for others. Given how much industry there is in the Humber, there is so much opportunity to get it right and to show everyone else how to do it right.

“That’s why I’m so excited by The Waterline Summit because this is an industrial region that’s already taking the solutions into its own hands. The Humber isn’t just looking to decarbonise within the region, but looking to showcase how it can be done for the rest of the world, and that’s hugely important.”

Climate change poses a significant threat to the Humber as it is among the coastal regions around the world officially listed as at high risk due to rising sea levels and growing flood threat.

However, it is also the Humber’s biggest opportunity because the region can build on its strong industrial base and growing green credentials to develop and deliver projects that showcase how waterfront regions around the world can create a sustainable future.

Businesses, campaigners, community groups, colleges and schools are all being urged to come together for The Waterline Summit, which is being staged with event partner Yorkshire Water and is supported by Marketing Humber’s Principal Partners.

The free-to-attend event features The Waterline Exhibition, where people can see and experience more than 30 projects and initiatives that contribute to a zero-carbon economy, and the showpiece The Waterline Debate, led by Dr Walker.

The event will build on The Waterline campaign, launched by Marketing Humber and the University of Hull, which brings together partners from the worlds of business, academia and research and development to develop decarbonisation solutions.

Dr Walker said acting on the global threat creates huge potential for economic growth and investment in the Humber region and beyond.

She said: “I think this is the investment opportunity of the 21st century.

“The story for investors used to be that they had to choose. They could either protect the environment or make returns, but they couldn’t do both. Some of them think that is still the case, but most have realised that story has completely changed.

“The only way to make serious returns in the future is to invest in both, with an eye to the risk associated with climate change and also to the opportunities, and I’m hearing that more and more.

“There are sovereign wealth funds and trillions of dollars in pension funds that are increasingly realising this is where they want to put their money and they are desperately looking for projects and regions they can invest in.

“It’s not just an imperative, or a moral imperative. This is the way to do well by doing good.”

Dr Walker urged as many people as possible to attend The Waterline Summit to understand what can be done and share ideas, inspiring hope and a desire to act.

She said: “It’s clear the Humber area is not waiting for government to say ‘you have to do this’, or waiting for someone else to do something first.

“The summit is a brilliant way to understand the depth of the crisis we are in. It’s also a brilliant opportunity to find out what is already being done, what needs to be done and what each person who attends can contribute. It’s going to be very empowering.”

Be the first to comment on "The Humber can show the way on the climate crisis, says Waterline Summit keynote speaker"