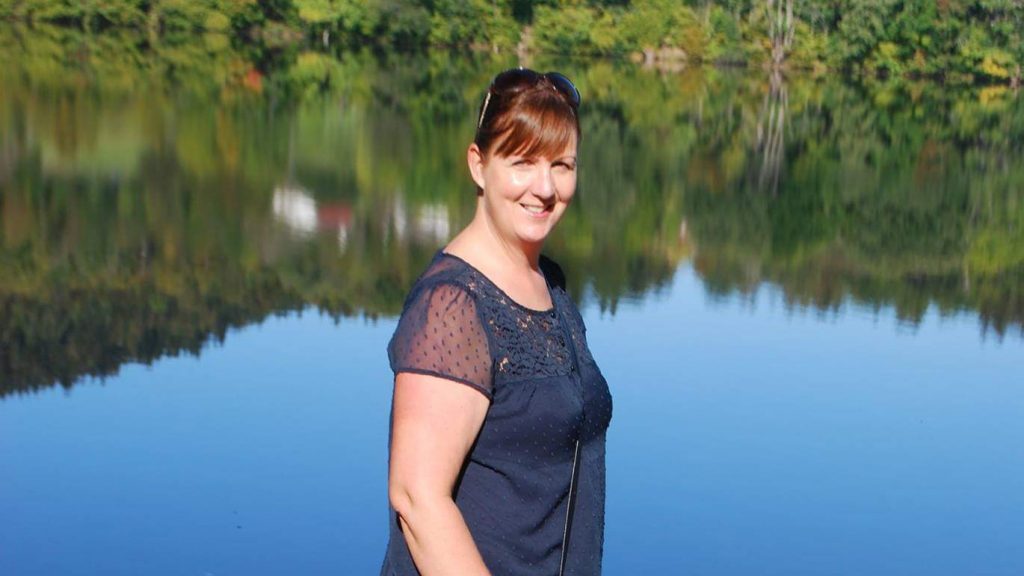 A father and his two sons are arranging a celebrity football match with soap stars from Emmerdale, Coronation Street and Hollyoaks in memory of their wife and mother.

Helen Winfield died in October on Ward 32 at the Queen’s Centre at Castle Hill Hospital around 10 years after finding a lump in her breast and shortly after her 50th birthday.

Now, Helen’s husband Andy and her two sons Billy, 24, and Charlie, 22, are arranging a football match to raise funds for the Queen’s Centre, where staff cared for Helen throughout her illness.

Andy said: “It could be called the Queen’s Centre because they made Helen feel like the Queen. Staff were like another family to her.”

Andy and Helen met 33 years ago when Helen worked in a newsagent’s opposite from Andy’s work and he used to nip in at lunchtime to buy a sandwich.

They married three years later and had their two sons. They were due to celebrate their 30th wedding anniversary on August 26 this year.

Helen, who was a care worker at Highfield in Sutton, started undergoing treatment for cancer around 10 years ago after a scan confirmed the lump in her breast was malignant.

She was hugely popular with the staff at the centre and was much loved by the Living With and Beyond Cancer team, turning up for the Positive Note choir every week.

Andy, who works at a builder’s merchants in Cottingham, and their two sons invited mourners to make donations for the Queen’s Centre at Helen’s funeral and their fundraising continued with a dinner dance, raising money for the Outpatients’ Department, Ward 32 and the Living With and Beyond Cancer team.

“We contacted Jet2 a few months back for donations for a raffle and managed to get through to someone quite important ,” said Andy.

“He gave us a donation for the dinner dance raffle and mentioned they have a football team. We are heavily involved with Costello Football Club so we jumped at the chance to have a charity match.

“We really don’t have a figure in mind. We just wish to raise as much as possible.”

Celebrities, past and present, from Coronation Street, Emmerdale and Hollyoaks will form a Jet2 All Stars team to take on the “Not Very All Stars” team from Costello Football Club for the match at North Ferriby Stadium on Sunday, June 30.

Tickets cost £3 for adults and £1 concessions, with kick-off at 2pm and funds raised through ticket sales, refreshments and a raffle will be donated to the Queen’s Centre.

Sarah Guest of the Living With and Beyond Cancer team said: “Helen was part of our team and we miss her very much. She used to come to the choir every week and spent time in our Outpatients Department and in the Day Unit having her treatment.

“We are so grateful to Andy, Billy and Charlie for thinking of us at a time when they’re adjusting to life without Helen and coping with the enormity of her loss.

“We hope people turn up to the match and have fun as that’s what Helen would have wanted.”

Email Sarah at sarah.guest@hey.nhs.uk if you’d like to buy a ticket to see the stars in action.