Ever wondered what life was really like for Hull’s aviator Amy Johnson on the extraordinary journey on which she became the first woman in the world to fly solo from England to Australia? How she kept her tiny de Havilland Gipsy Moth biplane Jason topped up with fuel? Or how she kept calm, fixed Jason and carried on after a dramatic crash landing near Rangoon in Burma, halfway through her epic 20-day journey?

Ninety years after her historic achievement in May 1930, Amy Johnson Arts Trust is to release a unique insight into Amy’s experience in a “story of Hollywood proportions” every day from 5 May – the day she left Croydon Airport, UK – to 24 May – the day she successfully landed in Darwin, Australia.

An online celebration in the form of a daily diary, Twenty Days is an evidence-based, first-person retelling of Amy’s story. It covers the highs, the lows and the unexpected incidents that the 26-year-old Hull hero experienced en route to making history.

“My plan is a simple one. Cross Europe in a straight line through Belgium, Austria-Hungary to Constantinople and then Syria, then following Bert Hinkler’s record-breaking route onwards to Australia. Final destination, Darwin. In 13 days. I will beat his record, his 15-day effort, I am certain of it. Why not this 26-year-old woman?

“Jason will be with me every step of the way. My Jason. My second-hand biplane. A de Havilland Gipsy Moth. A bottle-green body with silver-grey wings. He’s had more time in the air than I’ve ever had, my darling, he knows the sky more than me. He is my home, my second skin, for the next two weeks.” (An extract from Twenty Days, Day One – Monday 5 May, 1930 – Best Day.)

Twenty Days is based on Amy’s own records of her flight, on contemporary press reports and the telegrams she sent home to her parents back in Hull throughout her gruelling 20-day flight. It is to be released in the authentic style of Amy’s own voice in daily instalments via the website amyjohnsonartstrust.co.uk and @amyjohnsonarts on Facebook, Twitter and Instagram. Twenty Days has been written by Hull writer and playwright Dave Windass, whose previous work includes Three Cheers For Amy for the Amy Johnson Festival in Hull in 2016. 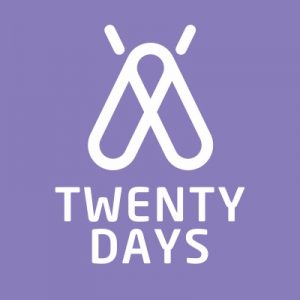 Rick Welton, director of Amy Johnson Arts Trust, says: “The 90th anniversary of Amy Johnson’s solo flight to Australia is a great opportunity to celebrate this amazing Hull woman. It’s a chance for us all to stop and reflect on everything she achieved in a world that was very different to ours today.

“As the current global coronavirus lockdown highlights how small and closely intertwined our world has become, we can remind ourselves that, in Amy’s day, global flight was an amazing thing for anyone, woman or man, to achieve. To mark her achievement, Amy Johnson Arts Trust is launching an online celebration of her flight, called Twenty Days, which is a creative retelling of her incredible story.”

Dave Windass, author of Twenty Days, says: “Amy Johnson’s story is the story of a hero from Hull, a story of Hollywood proportions. Never mind the fact that she was the first woman to make the journey, the solo flight itself was just brilliant and bizarre, with lots of humorous moments, as well as grave danger. It’s extraordinary for many reasons, not least because she’d never done a long flight before she set off for Australia and, evidently, was a notoriously bad lander of planes. The personification of her plane, Jason, adds another dimension to the solo flight – we know from telegrams she sent home to her family in Hull for example that she talked to Jason as if he was her friend, as though he was going to look after her.

“When she set off on her journey, there was initially minimal media interest. Then the media suddenly realised this was going to be a huge achievement and there was a scramble to tell her story retrospectively – the Daily Mail bought it in the end for £2,000 and serialised it. In Twenty Days I’ve written a fictionalised version of events, based on fact. It’s an exploration of the literary tradition of the letter home, retold in blog posts in 2020.”

Don’t miss a mile of Amy Johnson’s historic journey by following Twenty Days at @amyjohnsonarts on Facebook, Twitter and Instagram and on Amy Johnson Arts Trust from 5 May 2020.